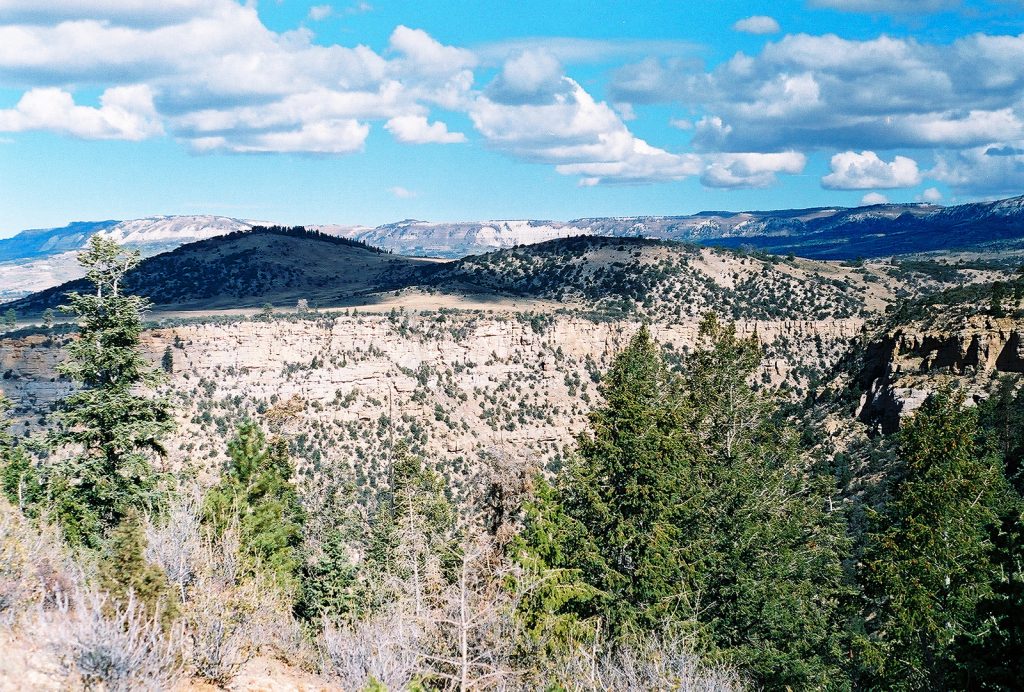 (EnviroNews DC News Bureau) — Washington D.C. — On March 15, 2017, U.S. Department of the Interior (DOI/Interior) Secretary Ryan Zinke announced the approval of a multimillion-dollar coal lease in Utah for the Greens Hollow tract, which lies under lands in the Manti-La Sal and Fishlake National Forests near Salina, Utah.

The Greens Hollow tract is 6,175 acres and holds an estimated 55 million tons of coal. The U.S. Forest Service (USFWS) manages the surface of this area and BLM holds the subsurface minerals. The Interior explains an environmental analysis began with a Greens Hollow Lease by Application (LBA) in 2005. In 2015, the USFWS presented their Record of Decision and letters of Consent to Lease to the BLM.

In Jan. of 2016, the Interior Department initiated a much-debated moratorium on new coal leases, pending a comprehensive review of the coal-leasing program. The Interior’s preliminary analysis for the coal-lease report, which was released in Jan. of 2017, “calls for major changes to the federal coal program, which has not been significantly updated since 1979,” according to the Center for Biological Diversity.

WildEarth Guardians Climate and Energy Program Director Jeremy Nichols explained to EnviroNews that the Greens Hollow lease was exempted from the moratorium because it required not only BLM approval, but USFS approval, “allowing the lease to be issued underneath the Manti-La Sal and Fishlake National Forests. When the leasing moratorium was issued, it explicitly exempted any lease where an approval had been issued by another agency.”

This exception is referred to by environmental groups as the “Greens Hollow Loophole” because it only applies to this lease. While there are other exemptions being considered, this is the “only lease to be fully approved and issued under an exemption to the moratorium,” Nichols continued.

Additionally, according to the BLM, the Greens Hollows permit harbors another exemption, being also excluded from the nationwide pause because the leasing decision occurred in 2015, before the moratorium took hold. DOI told EnviroNews in an email that Greens Hollow is one of 14 leases currently not subject to the moratorium.

While the Interior described this coal lease sale as “competitive,” EnergyWire contradicted that by saying it was a single-bidder auction. The sale underwent a 30-day antitrust review by the U.S. Department of Justice. Bowie also owns the Southern Utah Fuel Co (SUFCO) mine adjacent to the Wasatch Plateau Known Recoverable Coal Resource Area, where the Greens Hollow tract is located. SUFCO is the largest coal mine in the state of Utah and “has been mining coal continuously since 1941,” according to the Salt Lake Tribune.

Zinke said mining for coal on public lands can potentially create jobs and economic opportunity and, “we have the technology available to responsibly mine coal and return our land to equal or better quality after.”

Environmental groups warn the lease, if exercised, would produce more than 120 million metric tons of carbon pollution that would further destabilize Earth’s climate, according to EnergyWire.

Bowie also exports Utah coal overseas from California ports. Nichols shared that Bowie has been pushing for a new, and hotly-contested, coal export facility in Oakland to be supplied by the SUFCO mine, which the new Greens Hollow lease would expand. The Oakland City Council later voted unanimously to ban that plan, noting climate, air, water and other environmental concerns.

In January, Nichols said, “BLM is selling out the American public for pennies on the dollar. What’s worse is they’re giving away coal at the expense of our climate, our clean air and our clean energy future.”

Along with WildEarth Guardians, the Center for Biological Diversity, the Grand Canyon Trust and the Sierra Club managed to gain a temporary delay on the Greens Hollow auction, but their stay petition was later denied by the Interior Board of Land Appeals.

Zinke described the deal as “a sign of optimism for the Trump Administration and the pro-energy and pro-growth economic policies to come,” while the conservationists who fought the lease consider it a disaster.

Regarding the adjoining SUFCO mine, the Sierra Club’s Environmental Law Program wrote:

[The] SUFCO mine has been a disaster for public lands, fish, and wildlife. The mine has caused major subsidence in the area, fracturing the ground, causing springs to disappear, toppling trees, triggering rock slides, and draining local streams. Imperiled species, including the sage grouse (Centrocercus urophasianus), Colorado River cutthroat trout (Oncorhynchus clarki pleuriticus), and Colorado pikeminnow (Ptychocheilus lucius) have been driven to the brink of extinction in the area. More mining and coal combustion pollution threatens to push these imperiled species to the point of no return. 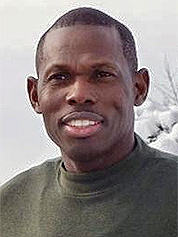 Since 2007, Michael Nedd was BLM’s assistant director for energy, minerals and realty management. He has served the BLM in various roles since 1991 and previously spent more than eight years on active military duty. Zinke described Nedd as “an energy guy” and the Interior explained that “his selection signals the Secretary’s focus on elevating responsible energy development on public lands where appropriate.” 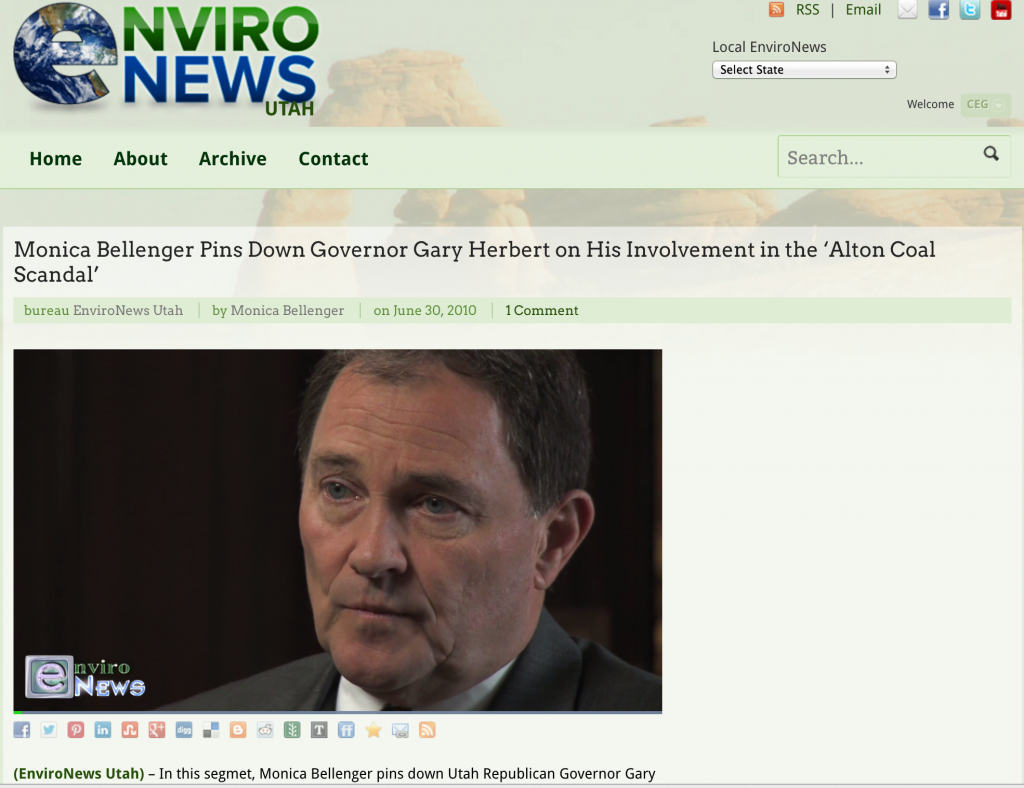 (EnviroNews Utah) – A segment discussing coal from our full feature interview with Utah Republican Governor Gary R. Herbert in the Governors Office on Capitol Hill. The hour and fifteen minute interview covers issues exclusively pertaining to the environment, energy, and human health and is the only one…

(EnviroNews Utah) – Salt Lake City – Today, Jeremy Nichols, Climate and Energy Program Director for WildEarth Guardians, alongside of the Utah Physicians For a Healthy Environment and the Utah Mom’s For Clean Air, announced the filing of a joint lawsuit against Kennecott Utah Copper. The suit claims…