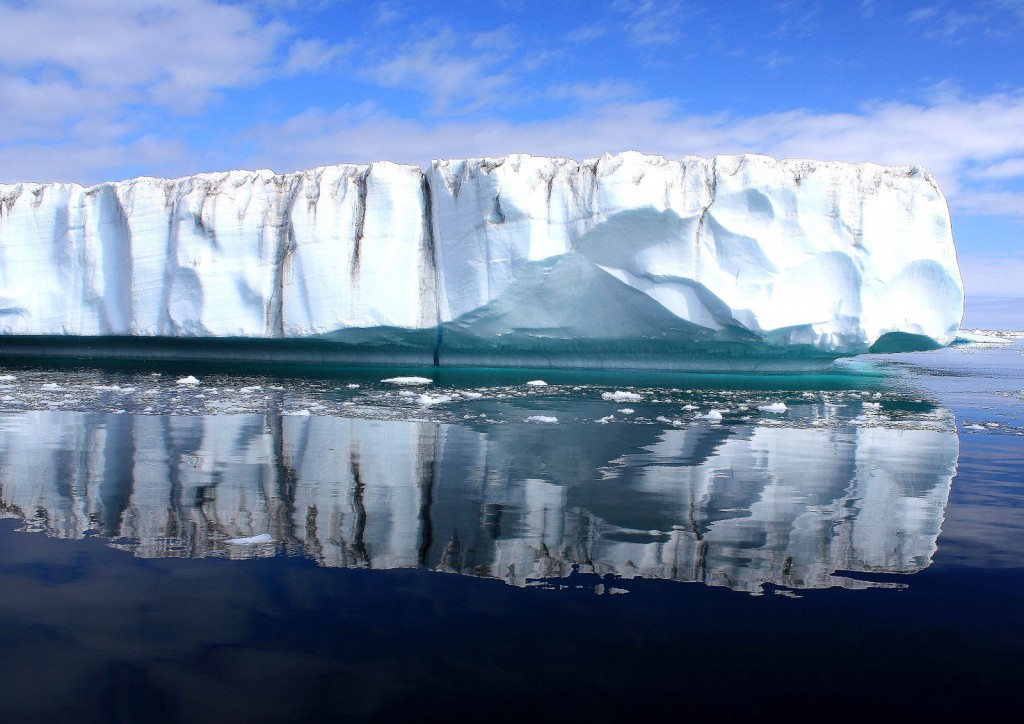 (EnviroNews World News) — Falling in line with an alarming new paper spearheaded by climate-science guru Dr. James Hansen, the National Aeronautics and Space Administration (NASA) has launched its own urgent five-year study — a project that will “stress-test” Hansen’s new, and downright dire predictions.

The operation titled, “Oceans Melting Greenland” (OMG) will have a budget of $30m to expend on a quest to ascertain even more data on how fast the Arctic is melting — and on just how much the sea level will rise as a result.

Hansen’s scary study, titled “ice melt, sea level rise and superstorms: evidence from paleoclimate data, climate modeling, and modern observations that 2◦C global warming is highly dangerous,” was not authored alone by the esteemed climate scientist, rather, in partnership with a group of at least 16 other renowned researchers — and the paper claims that glacial melt is occurring at a rate 10 times faster than was originally envisioned. The predicted consequence: planet earth will experience a 10-foot sea level rise over the next 50 years.

“It is not difficult to imagine that conflicts arising from forced migrations and economic collapse might make the planet ungovernable, threatening the fabric of civilization,” wrote Hansen and the team of authors.

“Greenland is coated in nearly 700,000 square miles of ice, a reservoir of frozen water the size of California and Texas combined,” writes Tony Dokoupil for MSNBC. “If it all melted, the sea level would surge about 18 feet, devastating the world’s coastal cities and creating a humanitarian disaster of unprecedented scale,” the climate journalist continued.

OMG’s chief investigator Joshua Willis, an oceanographer with NASA’s Jet Propulsion Laboratory, had applied for support for the project before the release of Hansen’s recent paper. Nevertheless, Willis continued, “Most glaciologists say, 10 feet by 2050 is not realistic.” He said operation OMG would be able to put Hansen and company’s prediction to the test, while gathering the most accurate numbers to date regarding Greenland’s rapidly eroding ice-sheet.

The behemoth mass of ice that covers roughly 80 percent of Greenland’s surface is the second largest in the world behind the mighty Antarctic Ice Sheet, and if all of Greenland were to melt and/or calve off into the sea, the result would undoubtedly be devastating to costal populations around the globe — and that’s without even addressing Antarctic’s melting ice.

Hansen, formerly NASA’s chief climate scientist, has turned to outright activism and alarmism since leaving the agency, in an effort to inspire global and governmental action on the climate quandary. Part of what has environmentalists concerned regarding Hansen’s most recent predictions is that his forecasts, though oftentimes bleak, have a history of being fairly accurate.

Sea level-rise from climate driven glacial melt is not a joke or a fantasy and is occurring at a rate that has some nations in OMG emergency mode already. Just this past June, in an unprecedented move, the six tiny island countries of Vanuatu, Kiribati, Tuvalu, Fiji, Solomon Islands and the Philippines announced they were planning to sue big transnational oil powers for having effectively disrupted the climate. Only a month after the coalition of six announced its plan to sue fossil fuel powerhouses, Nauru, the world’s tiniest island nation, appealed to the UN to devise an emergency evacuation and relocation plan for the country’s 10,000 residents, saying Nauru will disappear under the rising sea if drastic measures are not enacted to put a damper on the effects of climate change — and soon. The worst news of all in the overarching conversation about sea level rise, may be the fact that Antarctica’s ice is also melting at a runaway pace — accelerating toward liquefaction into the sea, many times faster that scientists imagined possible only a few short years ago. New data in 2015 predicts the massive Larsen B Ice Shelf will completely disintegrate by the end of the decade, after having collapsed in 2002 — this, after the world already lost the smaller Larsen A twenty years prior. There is also strong data suggesting the mighty, and more southernly Larsen C Ice Shelf, is also starting to destabilize and undergo a process of collapse and disintegration into the ocean — yet another looming event that could catastrophically elevate sea levels. Considering how powerfully the climate denier gravy-train is lumbering down the political tracks, and how much money is being pumped into it by the fossil fuel industry and conservative think-tanks, it leaves one to wonder if any data, study or scientific consensus will ever be substantial enough to convert those who worship the almost ideological, dogmatic point of view that manmade, anthropogenic global warming isn’t “real.” If the consensus of dozens upon dozens of international science academies worldwide is not enough to convince these deniers, will one more NASA study really change anybody’s mind at this point?

MD: Climate Deniers “are betting the future on a team that’s down 80-0 with one minute left in the 4th quarter”