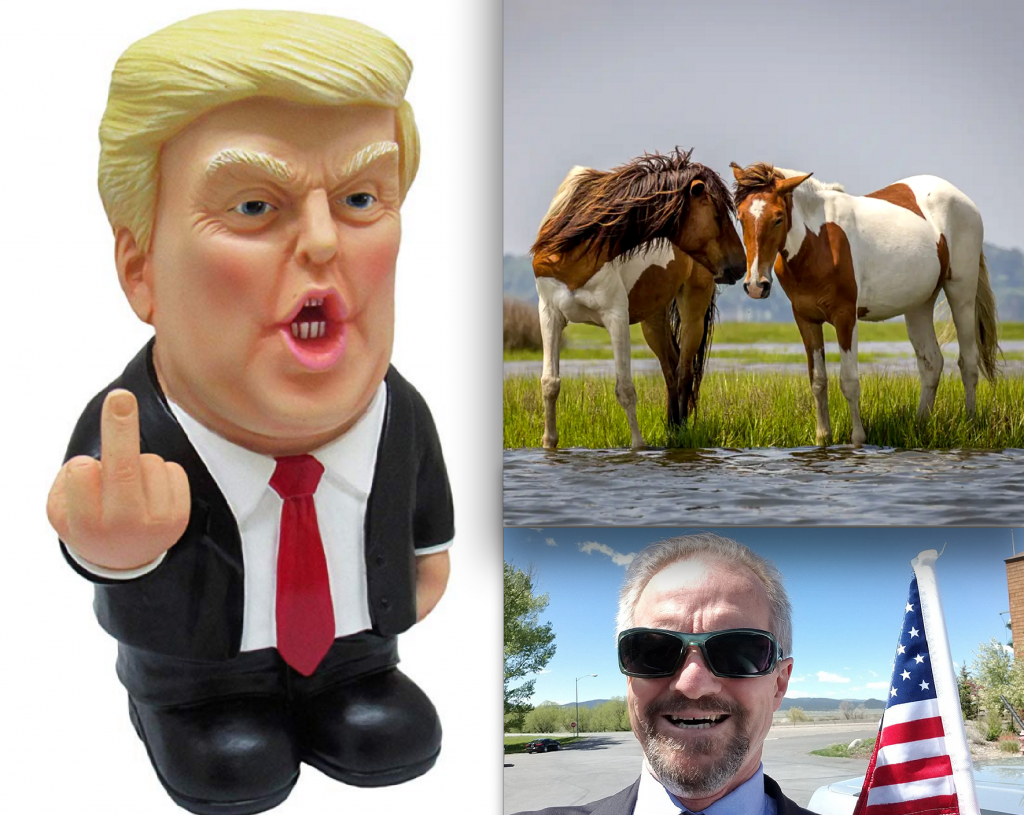 (EnviroNews DC News Bureau) — Washington D.C. —  Only hours after receiving a chiding letter from 91 prominent environmental and advocacy groups demanding the immediate removal of Acting Bureau of Land Management (BLM) Director William Perry Pendley, Secretary of the Interior David Bernhardt extended his contract — again. The Interior Department (DOI) then called the letter “laughable” and referred to the coalition of organizations as “extremists.” The alliance of 91 includes conservation non-profits like WildEarth Guardians and Western Watersheds Project, as well as sportsmen, churches and companies like Patagonia.

The announcement made Jan. 2, 2020 stretches the contract out to April 3, 2020. Pendley was appointed to the post in July 2019 on interim status, with a prior contract extension in September 2019.

The plea calling for Pendley to be outed fell on deaf ears. After receiving the letter on Dec. 30, a spokesman for the Interior Department told the The Hill, “For this group of environmental extremists to call themselves ‘sportsman’ and ‘conservationists’ is as laughable as this letter. Mr. Pendley brings a wealth of knowledge and experience to the Department and is committed to carrying out the Administration’s priorities for the betterment of the American people.”

The Department’s remarks did not go unanswered, however. “This appointment [sends] a clear message that this Administration doesn’t care about conservation, or the American public,” Erik Molvar, Executive Director of Western Watersheds Project, countered to EnviroNews in an interview. “This Interior Department appears to be solely focused on dismantling environmental protections and turning over our public lands to the industries that seek to exploit them for monetary gain.”

“Putting someone like William Perry Pendley in charge of what happens on these public lands is likely to just accelerate climate disruption,” Shelley Silbert, told Inside Climate News in reaction to Pendley remaining at his post. Silbert is the Executive Director of the conservation group Great Old Broads for Wilderness – another one of the 91 entities laughed at by the Interior Department.

The Trump Administration in September 2019 began to initiate a mandatory westward migration of most of its DC-based BLM employees. It was a decision that critics say is not in the best interest of agency employees and will weaken the Bureau’s centralized power-base.

As the BLM opens new offices in Grand Junction, Colorado, controversy still brews over the move. A vocal critic is Raul Grijalva (D-AZ), Chairman of the Committee on Natural Resources of the U.S. House of Representatives. Grijalva sent a letter to Bernhardt on December 4, 2019, voicing his concern regarding the forced relocation of more than 300 employees — an action the Congressman says is racially discriminatory.

According to the Office of Personnel Management, the BLM only employs 312 African American employees nationwide — less than 3.5 percent of the agency’s total workforce — and of those 312 employees, 41 percent are headquartered in Washington. “Many of the positions targeted for relocation will be moved to states and communities where the total Black/African-American population is significantly smaller,” Grijalva concluded in his letter.

Grijalva and other Democrats on the Committee asked DOI to share any analysis the Trump Administration has conducted on the likely impact of the forced move’s on BLM employees and their families. “Failing to assess these impacts goes beyond irresponsible management and opens the federal government to likely legal action,” Grijalva asserted.

Pendley fired back, attacking Grijalva’s letter in an Op-Ed penned in Grand Junction’s newspaper The Daily Sentinel, on December 19, 2019:

Since July 16, 2019 when we formally notified Congress of the move [west], Chairman Grijalva has inundated us with requests, demands, and threats. At first, [Grijalva] appeared to be uninformed when he asserted that our decision to relocate more than 150 positions to Grand Junction and elsewhere throughout the West, in cities like Billings, Boise, and Reno, may result in a disparate impact on certain employees within the BLM, and that the BLM will face lawsuits that might total in the tens of millions of dollars. Chairman Grijalva insulted Westerners by asserting that they will be inhospitable to the BLM’s reassigned employees based on their protected status. Shame on him for his implication that the American West is unwelcoming to people based on anything but the content of their character.

The move west isn’t the only issue critics have with Pendley continuing to run the BLM. As the former head of Mountain States Legal Foundation, a conservative organization based in Colorado, Pendley repeatedly sued the agency he now leads and has a history of attacking government oversight of public lands. Other objections include vast conflicts of interest and the number of times he has had to recuse himself from work at the BLM when former clients are involved — parties including ranchers, miners and energy companies.

Pendley has also published books advocating the sale of public lands and giving oil and gas companies more access to explore resource extraction. And he has referred to wild horses as an “existential threat” to public lands.

Finally, the disagreement surrounding Pendley’s extension is further exacerbated by a larger overarching Trump controversy: the President’s continued practice of leaving interim, or acting, department heads in place long-term, subverting the Senate’s authority, negating public hearings, and dodging the lawful process of Senate-confirmation for presidential nominees. Trump has had “no less than 28 acting cabinet secretaries” over his first three years, according to Fortune – an unprecedented number, and a highly irregular amount as a presidency moves into the second, third and fourth years of a term.