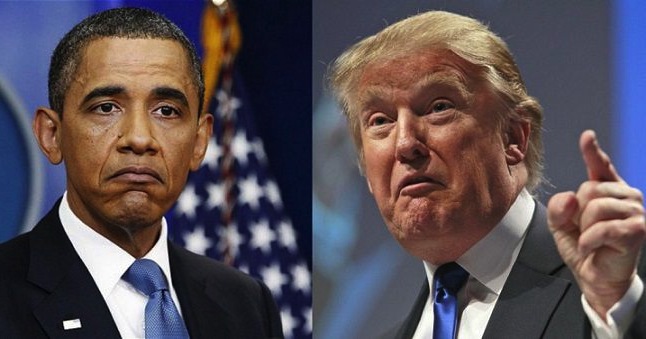 (EnviroNews USA Headline News Desk) — In the hours leading up to Donald Trump’s presidential inauguration, outgoing President Barack Obama made a $500 million contribution to the U.N.’s Green Climate Fund. The dollars were approved last year as part of a $1.9 billion package that Congress appropriated to the State Department’s Economic Support Fund, which backs political and economic stability programs in various “restrictive and rebuilding countries.” Part of the fund’s programming mission is “to promote cooperation and build global capacity for sound stewardship of environmental and natural resources in concert with global economic growth and social development.”

In 2010, the U.N. established the Green Climate Fund, which allows wealthier nations to help developing nations invest in clean energy and adapt to the impacts of climate change. In 2014, Obama pledged $3 billion to this fund and made the first payment of $500 million in 2016.

The Guardian reports that in late 2016, over “100 climate and development organizations, along with 70,000 people,” petitioned Obama to make further donations to the Green Climate Fund before leaving office — and this week, the President delivered.

Incoming President Donald Trump plans to rescind the U.S.’s commitment to the Paris Climate Accord and to reallocate any funds pledged, but not yet paid to the Green Climate Fund, for domestic use in other areas.

This is one of numerous significant actions Obama has carried out as his days in office come to a close. In regard to environmental stewardship, he also designated numerous national monuments, breaking all presidential records in this category.

In terms of international affairs, Obama has directed the recent buildup of U.S. troops in countries bordering Russia, notably in Poland and Norway, as part of NATO’s Operation Atlantic Resolve. Through this operation, the U.S. Department of Defense says it “is demonstrating its continued commitment to collective security through a series of actions designed to reassure NATO allies and partners of America’s dedication to enduring peace and stability in the region in light of the Russian intervention in Ukraine.” Russia has labeled this operation a threat.

Investigations into Russia’s influence in the 2016 presidential election have received extensive media coverage. Trump has been criticized for being in an agreeable position with Russian President Vladimir Putin on a variety of issues. In 2016, Trump said, “I would treat Vladimir Putin firmly, but there’s nothing I can think of that I’d rather do than have Russia friendly, as opposed to the way they are right now, so that we can go and knock out ISIS with other people.” Because of his desire to work amiably with Putin, this sizable troop deployment will likely put Trump in a very precarious position.

1 thought on “In Final Hours, Obama Puts Trump in a Pickle With Troop Deployments, Climate Funding”