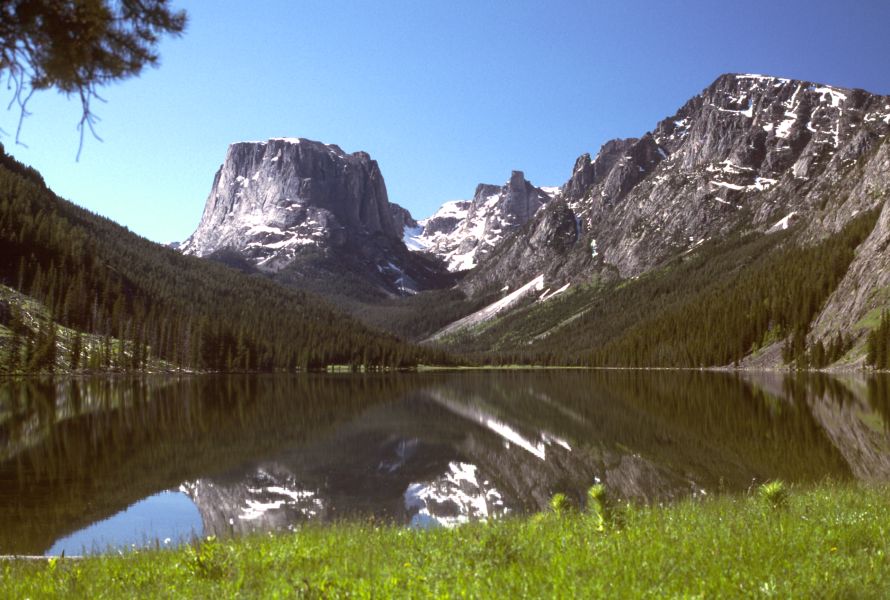 (EnviroNews Wyoming) — Casper, Wyoming — In February 2018, the Deputy Forest Supervisor of Bridger-Teton National Forest released a set of guidelines and requirements for a proposed oil and gas drilling project within the Forest’s borders. True Oil LLC, a Casper, Wyoming-based petroleum company, wants to explore about eight square miles of land for a project known as the “Lander Peak Proposal,” which is slated to include road construction, drilling and pipeline building as early as this year.

Despite a local news publication reporting on February 28 that True Oil had already been given the green light, Lisa McGee, Executive Director of the Wyoming Outdoor Council, a group that objects to the project, told EnviroNews no final decision notice has been issued. She added that the park district ranger informed her that the news reports were premature and inaccurate. However, the decision is expected this month and a Forest Service press release states that once stipulations are met, “True Oil may begin work on their exploratory activities on their two well pads.”

“True Oil is seeking to expand development in one of the best native cutthroat trout fisheries on national forest land in the entire country,” McGee said. While she approves of the new conditions, which include a requirement for baseline water-quality testing and a prohibition on diesel fracking fluids, she said, “As managers of lands all Americans own and value for multiples uses, the Forest Service could have done more to safeguard these uses.” She said she and her co-objectors will encourage additional changes be made to the approval and potential mining process, stating, “An adequate reclamation bond would be a good start.” Reclamation bonds are aimed at assuring land altered by mining will be returned to its original state.

Objections to the Lander Peak project were formally placed by The Wyoming Outdoor Council, The Wilderness Society, the Greater Yellowstone Coalition, Trout Unlimited and the owners of the nearby High Lonesome and Cottonwood Ranches. In their letters, these parties cited concerns about the project’s impacts on the environment and local infrastructure. The first three groups also stated in their shared objection that the Forest Service “impermissibly limited the scope of the [environmental assessment] to two wells.”

They point to a three-phase master development plan (MDP), submitted for approval by True Oil in 2010, for 40 gas wells. This MDP would start with two exploratory wells and then expand if those wells show promise. But, True Oil later withdrew that plan and submitted environmental assessments (EA) for approval on only the first two wells.

“The Forest Service complied with the request — despite public comments in 2012 and 2015 urging it to acknowledge the MDP in its analysis — and prepared an environmental assessment for just the two wells,” the groups wrote in May 2017. They suggested the Forest Service require a full-scale environmental impact statement (EIS) “that acknowledges the company’s full-field [MDP].”

In response to the objections, Derek Ibarguen, Deputy Forest Supervisor of the Bridger-Teton National Forest, issued a letter to the Big Piney district ranger outlining a series of conditions and tasks to be completed before the final decision notice is issued for True Oil. These include requirements for the inspection of equipment for invasive aquatic species, spraying for invasive plants, a road-maintenance plan, pipeline pressure tests and a prohibition of using diesel-based fracking fluids.

“Discussions during the objection process have resulted in a number of improvements to the project,” Big Piney District Ranger Don Kranendonk said.

While Wyoming’s 2009 Range Legacy Act generally forbids new oil and gas explorations in the Bridger-Teton portion of the Wyoming Range, the 4,800-acre Lander Peak leases were grandfathered in because they were issued in 1969. In 2013, the Trust for Public Land purchased and retired a series of similar preexisting energy leases owned by Plains Exploration & Production Company in the Wyoming Range.

True Oil has had three natural gas wells in production in Bridger-Teton since the 80s and another was drilled in 2001. In January 2017, the Forest Service decided to permanently protect Bridger-Teton from oil and gas drilling. However, along with being pre-leased, the Lander Peak area was not part of the areas protected in 2017.

If True Oil later seeks to punch more wells and resubmit an MDP, it will be subject to an additional National Environmental Policy Act (NEPA) review, which could include a full EIS.