Would You Like to See Jaguars Back in the Lower 48? Defenders of Wildlife Has a Plan - EnviroNews | The Environmental News Specialists
Skip to content 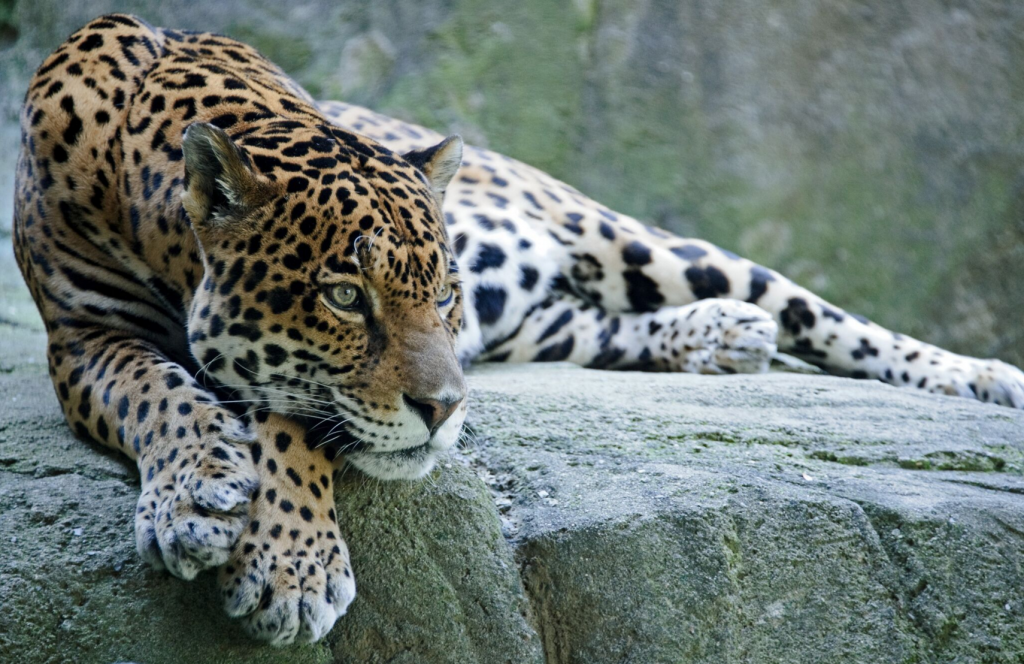 (EnviroNews Nature) — Two migrants from Mexico, known as “Macho B” and “El Jefe,” were seen slinking through the dense mountain forests of southern Arizona numerous times over the past decade. They lived off the land, hunting white-tailed deer (Odocoileus virginianus) and javelinas (Tayassuidae). Remote motion-sensing cameras snapped pictures of them, and they likely came north from Sonora, home to Mexican drug gangs.

But they weren’t in the U.S. to sell drugs. The two migrants, well documented by wildlife officials, were male jaguars (Panthera onca). Since 1996, seven individual jaguars are known to have roamed parts of Arizona, after an absence of more than three decades.

In December 2016, the U.S. Fish and Wildlife Service (USFWS/Service) issued a draft recovery plan to return these big cats to parts of their historic habitat north of the border. But environmental non-profit Defenders of Wildlife (Defenders) says the plan doesn’t go far enough.

“The Service has a longstanding lack of commitment to jaguar recovery,” said Rob Peters, biologist and Senior Representative for the southwest office of Defenders of Wildlife, at a press conference.

When Europeans arrived in the Southwest, jaguars roamed an area from Southern California to Arizona, New Mexico to Texas. Beset by bounties and hunted for their fur, these animals were systematically extirpated in America. Not until after the first new sighting in Arizona in 1996, and spurred by conservation organizations, did the USFWS list jaguars under the Endangered Species Act (ESA). But getting the USFWS to issue its first draft recovery plan would take another 19 years.

Macho B and El Jefe likely came from the Northern Jaguar Reserve in Sonora, which is home to about 100 jaguars on its 55,000 acres. The wanderers had to cross highways, avoid poachers and sneak through the existing border fence before landing in the U.S.

Six of the seven animals that have crossed the border have been identified as males, and the seventh is likely as well. Female jaguars tend to stay close to home.

The draft USFWS plan envisions only natural repopulation — a strategy wherein the cats would need incredibly good luck as they go it alone in a world full of hazards. But on March 21, 2017, as a counter to USFWS’s draft, Defenders of Wildlife published its own recovery plan, which urges translocation — capturing and moving wild animals from south of the border northward, including females, in an effort to establish a healthy breeding population spanning Arizona and New Mexico. “Without translocation, it’s hard to imagine how we’re going to get a population of breeding males and females,” Peters said.

A new report issued by the Defenders, “Bringing El Tigre Home,” says that a larger habitat area than USFWS envisions could support as many as 250 specimens.

Since the middle of the 20th century, the number of white-tailed deer recorded in Arizona state surveys has jumped 2,000 percent. In other areas, such as the Greater Yellowstone Ecosystem, where top predators have been reintroduced, overpopulation of prey species has returned to sustainable levels. “Top predators are critical in maintaining ecological balance,” said Peters.

Potential, suitable jaguar habitat overlaps that of Mexican gray wolves (Canis lupus baileyi). Wolves were reintroduced to the Apache and Gila National Forests in 1998 and they now number 113 animals. But the livestock industry, members of Congress and the USFWS itself have hindered recovery efforts. Despite the small number of wolves, many conservationists still feel it’s likely the same unwelcome mat would be laid out for jaguars.

“If Trump’s administration completes the border wall, no more jaguars will be able to reach the U.S. from Mexico,” Peters said. The proposed wall would likely be impassable for these animals, dashing any hope for natural migration or a connected habitat with the Sonoran population.

Jaguars are found in 18 countries in the Americas. Due to their elusive nature and the remote areas they inhabit, exact population numbers are unknown. The species is listed as “near threatened” by the International Union for the Conservation of Nature (IUCN) and trade in jaguar parts is prohibited by the Convention on the International Trade in Endangered Species (CITES). Nevertheless, their habitat is increasingly fragmented and reduced by deforestation.

Macho B’s life ended at the ripe old age — for a jaguar — of 16, after a botched and non-permitted trapping by the Arizona Game and Fish Department to attach a radio collar.

“El Jefe has temporarily gone missing,” Peters told EnviroNews. He was last photographed in 2015 and may have returned to Mexico to find a mate. Or, he could still be roaming the conifer forests and sky islands of his adopted land.

1 thought on “Would You Like to See Jaguars Back in the Lower 48? Defenders of Wildlife Has a Plan”