(EnviroNews Utah) — A video has surfaced demonstrating an American badger (Taxidea taxus) in Utah burying an entire cow carcass — stashing it from other carnivores, preserving it for days and saving it for later, in an event labeled as “bad ass” by the Huffington Post.

The badger behavior was actually discovered accidentally in January of 2016 by University of Utah scientists, who in an effort to film the patterns of other scavengers such as vultures and coyotes, became astonished when they saw a badger controlling the cow corpse instead.

“I was really shocked by the fact that these badgers could completely monopolize and dominate that food source,” researcher Evan Buechley told National Geographic. “This is an interesting niche, and it may be badgers are playing a more important role in the nutrient cycle than anybody knew,” continued Buechley, an expert in scavenger biology.

The scene was staged by Buechley who leaves animal remains in various locations throughout the Great Basin and sets up camera traps around them to capture the action. When Buechley returned to this site, he initially thought a pack of coyotes might have dragged the cow away. Only after checking the film did Buechley discover the phenomenon — a feeding behavior previously unknown to science.

The badger, which likely weighed less than 20 pounds, accomplished this industrious feat by burrowing multiple tunnels beneath the carcass, until the ground below collapsed and the cow fell into the pit. The badger then covered what was still exposed with earth and left it for later.

It took the wily lil critter about five days to conceal the cow, working diligently both night and day, and another 11 to devour the whole thing. It accomplished this by constructing a final burrow beside the corpse, where it would intermittently visit to feast. 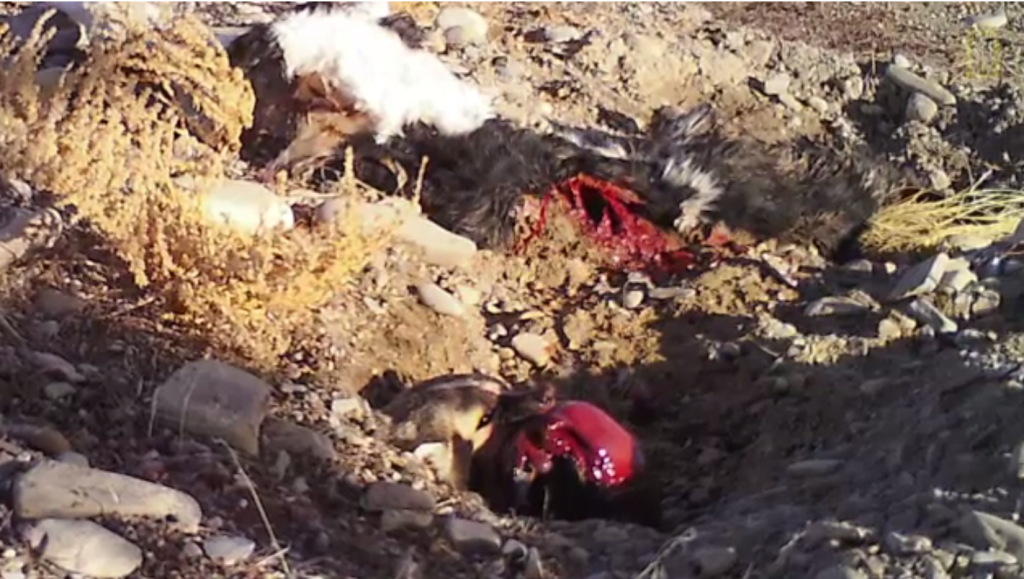 Badgers are known to stash prey beneath the surface, digging in with their powerful muscles, and storing food in innovative underground refrigerators called “caches.”

American badgers are mostly nocturnal and highly solitary creatures. Before this episode, one had never been seen burying anything larger than a jackrabbit. But thanks to Buechley’s camera trap, the world now knows there’s a lot more to this small and tenacious creature than meets the eye.

“Well this just made my day!” ecologist Jessie Quinn, a badger scientist who works for Sycamore Environmental Consultants, told National Geographic. “Badgers are somewhat elusive and often overlooked here in America, so it would not be outside possibility that we have missed many of their behaviors,” Quinn concluded.