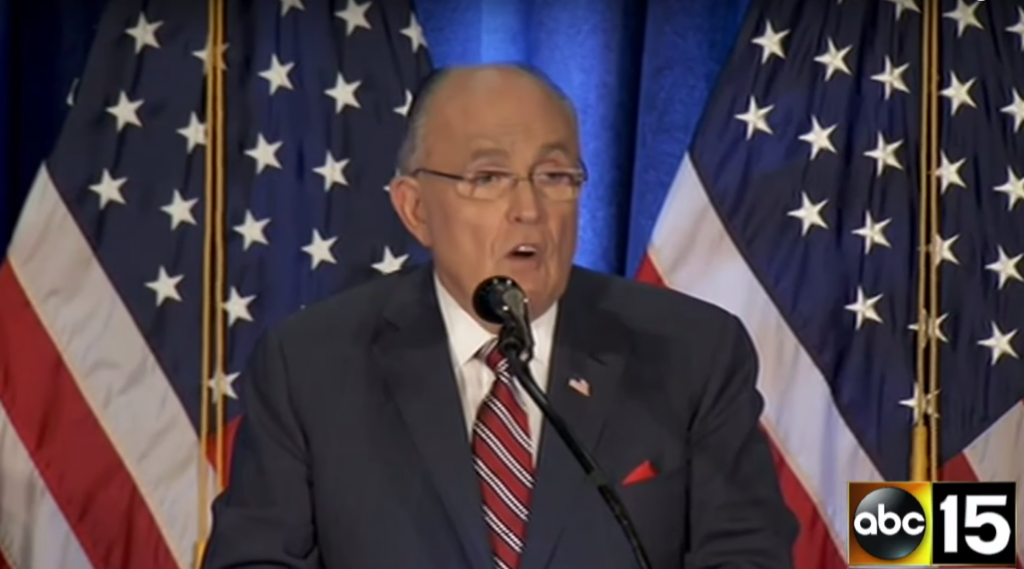 (EnviroNews Politics Desk) — On August 15, 2016, former New York City Mayor Rudy Giuliani omitted 9/11 from his version of the history of U.S. terrorist attacks, while speaking for then-candidate Trump at a campaign rally. Giuliani was Mayor of NYC during the terrorist attacks of September 11, 2001, and is also a lawyer and an informal cybersecurity adviser to the Trump White House.

“Under those eight years, before Obama came along, we didn’t have any successful radical Islamic terrorist attack inside the United States,” Giuliani bizarrely proclaimed. This odd fiction was seen as particularly uncharacteristic for Giuliani, who is known to consistently reference his connection to 9/11.

“There’s only three things [Giuliani] mentions in a sentence — a noun, a verb and 9/11. There’s nothing else!” former Senator and Vice President Joe Biden famously said as a 2008 presidential candidate.

In fact, in the 2016 speech, Giuliani praised Vice President Mike Pence’s visit to ground zero and his role on the Judiciary Committee during the 9/11 attacks moments before his false and confounding statement. He then proceeded to refer to Pence as “your governor” to the Ohio crowd, while Pence was Governor of Indiana.

The Washington Post reported that by blaming Obama for allowing “successful radical Islamic terrorist attack[s] inside the United States” to happen on his watch, and ignoring that 9/11 occurred during the first year of George W. Bush’s presidency, Giuliani was actually contradicting Trump. In October 2015, Trump said of Bush’s role in the attacks, “You always have to look to the person at the top … you could say the buck stops here.”

Giuliani later told the New York Daily News he was using “abbreviated language” when he omitted 9/11 from his comments. In October 2016, he said former Senator, Secretary of State, First Lady and presidential candidate Hillary Clinton falsely claimed to have been in NYC during the 9/11 attacks – another untruth. He later apologized.

Recently, Giuliani has been back in the headlines regarding his role in the Trump Administration’s controversial travel ban. According to The Washington Post, Giuliani claimed to assist the President in finding a legal way to ban Muslims from entering the country. In May 2016, a federal judge in Michigan ordered the Trump Administration to turn over any related communications from Giuliani.