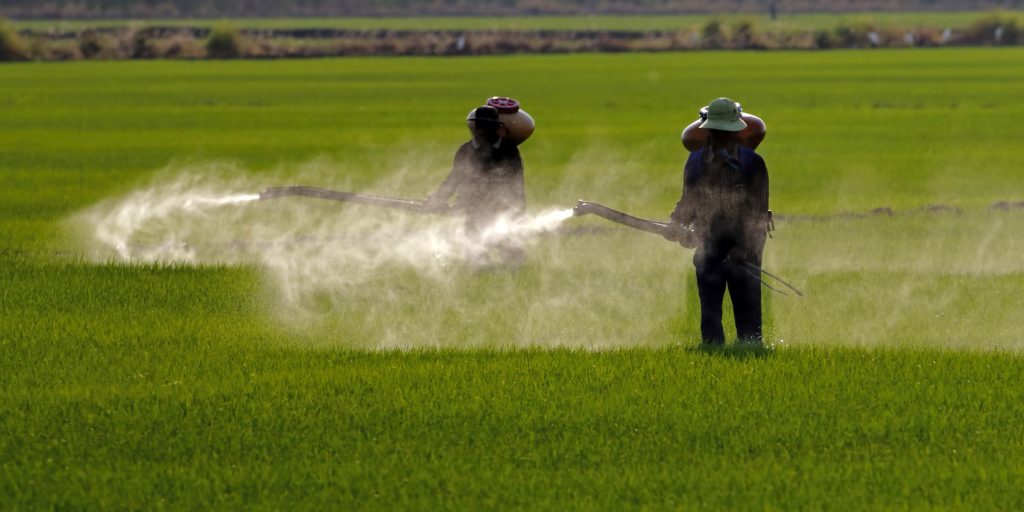 (EnviroNews California) California has become the first state in the U.S. to require a warning label on Monsanto’s popular weed killer RoundUp, which will now be required to state that its main ingredient, glyphosate, “is known to the state of California to cause cancer and birth defects and other reproductive harm.” The listing will become effective July 7, 2017, and the label warnings must be included by next year. The announcement was made by the state’s Office of Environmental Health Hazard Assessment (OEHHA) on June 26, 2017.

California first filed a notice of intent to list the chemical on September 4, 2015, and was thereafter challenged in court by Monsanto. In March of 2017, a California Superior Court ruled against Monsanto and the state proceeded with a March 28 notice that glyphosate would be listed pending a Court of Appeals decision. While that appeal is still pending, the California Supreme Court rejected Monsanto’s request for a delay, allowing the state to move ahead with the listing.

According to the Los Angeles Times, glyphosate is the most widely used herbicide in the state, sprayed on 4 million acres and 200 crops. In 2015, the International Agency for Research on Cancer classified glyphosate as “probably carcinogenic to humans.” The full report was published in The Lancet on March 20, 2015, which stated, “Glyphosate has been detected in the blood and urine of agricultural workers, indicating absorption.” While the analysis noted there was “limited evidence in humans for the carcinogenicity” of the widely used herbicide, it did find evidence of DNA and chromosomal damage and tumors in mice.

“California’s decision makes it the national leader in protecting people from cancer-causing pesticides,” said Nathan Donley, a senior scientist at the Center for Biological Diversity and a former cancer researcher. “The U.S. EPA now needs to step up and acknowledge that the world’s most transparent and science-based assessment has linked glyphosate to cancer.”

In 2016, the EPA concluded in an extensive review that the herbicide is “not likely to be carcinogenic to humans.” The conclusion was affirmed by the EPA’s Scientific Advisory Panel, and by the European Chemicals Agency in March of 2017. However, the Office of the Inspector General for the EPA is investigating possible collusion between a former EPA official and Monsanto.

The U.S. Food and Drug Administration (FDA) is currently testing for the presence of glyphosate in foods as well. Independent researchers have found that the chemical is “widely detected in the urine of both U.S. and German populations and in 30 percent of Canadian food tested,” according to a May 5, 2017 letter signed by 21 medical doctors and Ph.D. scientists. The letter asked, “Should the public be assured of the safety of glyphosate? We think not.” Separately this week, Arkansas moved to ban the spraying of another Monsanto weed-killing compound, dicamba, after receiving 242 complaints from farmers reporting crop damage.