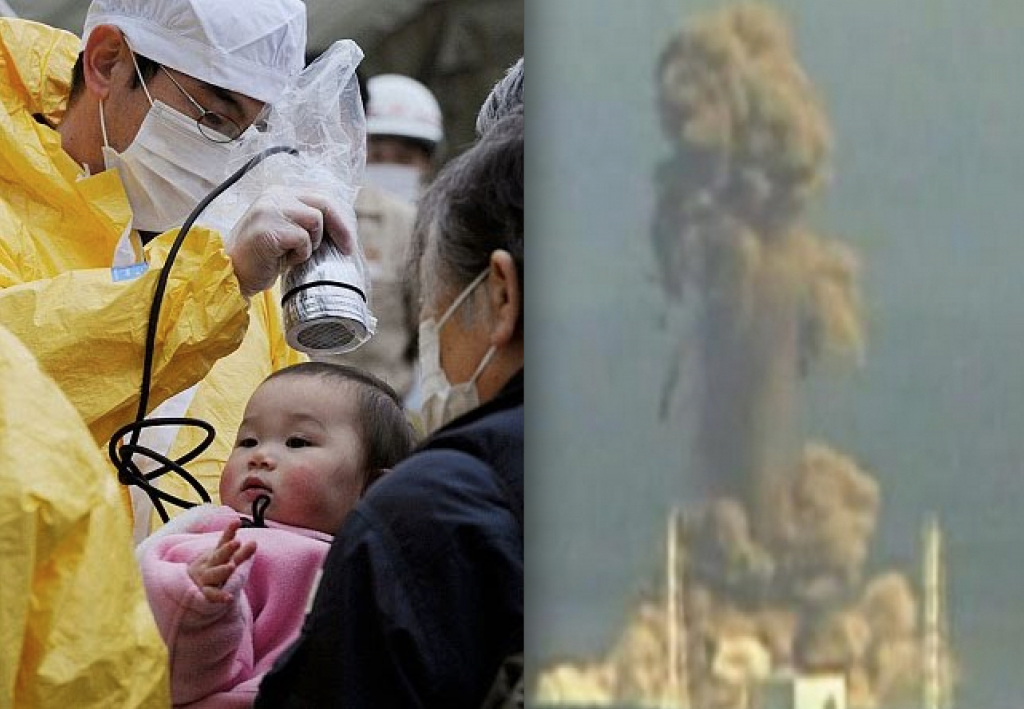 Gundersen represents Fairewinds Associates and is a nuclear engineer, former power plant operator and industry executive, turned whistleblower, and was CNN’s play-by-play on-air expert during the 2011 meltdowns. Kaltofen, of the Worcester Polytechnic Institute (WPI), is a licensed civil engineer and is renowned as a leading experts on radioactive contamination in the environment.

415 samples of “dust and surface soil” were “analyzed sequentially by gamma spectrometry, autoradiography, and scanning electron microscopy with energy dispersive X-ray analysis” between 2011 and 2016. 180 of the samples came from Japan while another 235 were taken from the United States and Canada. The study further clarifies, “Of these 180 Japanese particulate matter samples, 57 were automobile or home air filters, 59 were surface dust samples, 29 were street dusts (accumulated surface soils and dusts) and 33 were vacuum cleaner bag or other dust samples.”

108 of the Japanese samples were taken in 2016, while the other 72 were gathered in 2011 after the meltdowns. Gundersen and Kaltofen tapped 15 volunteer scientists to help collect the dust and soil — mostly from Fukushima Prefecture and Minamisouma City. “A majority of these samples were collected from locations in decontaminated zones cleared for habitation by the National Government of Japan,” the study revealed. For the 108 samples taken in 2016, an “International Medcom Inspector Alert surface contamination monitor (radiation survey meter) was used to identify samples from within low lying areas and on contaminated outdoor surfaces.”

A Fairewinds Associates’ video from 2012 features Gundersen collecting five samples of surface soil from random places throughout Tokyo — places including a sidewalk crack, a rooftop garden, and a previously decontaminated children’s playground. The samples were bagged, declared through Customs, and brought back to the U.S. for testing. All five samples were so radioactive that according to Gundersen, they “qualified as radioactive waste here in the United States and would have to be sent to Texas to be disposed of.” Those five examples were not included as part of the recently released study, but Gundersen went back to Tokyo for samples in 2016. Those samples were included, and were radioactive, and according to Gundersen were “similar to what I found in Tokyo in [2012].”

Furthermore, 142 of the 180 samples (about 80 percent) contained cesium 134 and cesium 137. Cesium 134 and 137, two of the most widespread byproducts of the nuclear fission process from uranium-fueled reactors, are released in large quantities in nuclear accidents. Cesium emits intense beta radiation as it decays away to other isotopes, and is very dangerous if ingested or inhaled. On a mildly positive note, the study shows that only four of the 235 dust samples tested in the United States and Canada had detectable levels of cesium from Fukushima.

Cesium, due to its molecular structure, mimics potassium once inside the body, and is often transported to the heart where it can become lodged, thereafter mutating and burning heart tissue which can lead to cardiovascular disease. Other isotopes imitate nutritive substances once inside the body as well. Strontium 90 for example mimics calcium, and is absorbed by bones and teeth.

“Different parts of the human body (nerves, bones, stomach, lung) are impacted differently,” Kaltofen told EnviroNews in an email. “Different cells have radio-sensitivities that vary over many orders of magnitude. The body reacts differently to the same dose received over a short time or a long time; the same as acute or chronic doses in chemical toxicity.”

In contrast to external X-rays, gamma, beta or alpha rays, hot particles are small mobile pieces of radioactive elements that can be breathed in, drunk or eaten in food. The fragments can then become lodged in bodily tissue where they will emanate high-intensity ionizing radiation for months or years, damaging and twisting cells, potentially causing myriad diseases and cancer. The study points out, “Contaminated environmental dusts can accumulate in indoor spaces, potentially causing radiation exposures to humans via inhalation, dermal contact, and ingestion.”

The study also explains, “Given the wide variability in hot particle sizes, activities, and occurrence; some individuals may experience a hot particle dose that is higher or lower than the dose calculated by using averaged environmental data.” For example, a person living in a contaminated area might use a leaf blower or sweep a floor containing a hefty amount of hot particle-laden dust and receive a large does in a short time, whereas other people in the same area, exposed to the same background radiation and environmental averages, may not take as heavy a hit as the housekeeper that sweeps floors for a living. People exposed to more dust on the job, or who simply have bad luck and haphazardly breathe in hot radioactive dust, are at an increased risk for cancer and disease. High winds can also randomly pick up radioactive surface soil, rendering it airborne and endangering any unsuspecting subject unlucky enough to breath it in.

Hot particles, or “internal particle emitters” as they are sometimes called, also carry unique epidemiological risks as compared to a chest X-ray by contrast. The dangers from radiation are calculated by the dose a subject receives, but the manner in which that dose is received can also play a critical factor in the amount of damage to a person’s health.

“Comparing external radiation to hot particles inside the body is an inappropriate analogy,” Gundersen told EnviroNews in an email. “Hot particles deliver a lot of energy to a very localized group of cells that surround them and can therefore cause significant localized cell damage. External radiation is diffuse. For example, the weight from a stiletto high heal shoe is the same as the weight while wearing loafers, but the high heal is damaging because its force is localized.”

Kaltofen elaborated with an analogy of his own in a followup email with EnviroNews saying:

Dose is the amount of energy in joules absorbed by tissue. Imagine Fred with a one joule gamma dose to the whole body from living in a dentist’s office over a lifetime, versus Rhonda with exactly the same dose as alpha absorbed by the lung from a hot particle. Standard health physics theory says that Fred will almost certainly be fine, but Rhonda has about a 10 percent chance of dying from lung cancer — even though the doses are the same.

External radiation and internal hot particles both follow exactly the same health physics rules, even though they cause different kinds of biological damage. Our data simply shows that you can’t understand radiation risk without measuring both.

Some isotopes, like plutonium, only pose danger to an organism inside the body. As an alpha emitter, plutonium’s rays are blocked by the skin and not strong enough to penetrate deep into bodily tissue. However, when inhaled or ingested, plutonium’s ionizing alpha rays twist and shred cells, making it one of the most carcinogenic and mutagenic substances on the planet.

“Measuring radioactive dust exposures can be like sitting by a fireplace,” Dr. Kaltofen explained in a press release. “Near the fire you get a little warm, but once in a while the fire throws off a spark that can actually burn you.”

“We weren’t trying to see just somebody’s theoretical average result,” Kaltofen continued in the press release. “We looked at how people actually encounter radioactive dust in their real lives. [By] combining microanalytical methods with traditional health physics models… we found that some people were breathing or ingesting enough radioactive dust to have a real increase in their risk of suffering a future health problem. This was especially true of children and younger people, who inhale or ingest proportionately more dust than adults.”

“Individuals in the contaminated zone, and potentially well outside of the mapped contaminated zone, may receive a dose that is higher than the mean dose calculated from average environmental data, due to inhalation or ingestion of radioactively-hot dust and soil particles,” the study says in summation. “Accurate radiation risk assessments therefore require data for hot particle exposure as well as for exposure to more uniform environmental radioactivity levels.”