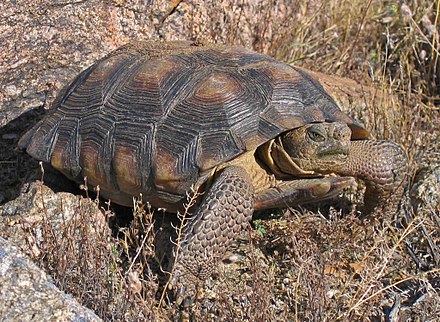 (EnviroNews Arizona) — Tucson, Arizona — [EDITOR’S NOTE: Clarification: The headline on this story originally read, “After 5-yr. Legal Battle…” USFWS declined to list the species in 2015, and the joint-lawsuit was filed in Sept. 2019] In a reversal of its 2015 position, the U.S. Fish and Wildlife Service (USFWS) agreed to reconsider the Sonoran desert tortoise (Gopherus morafkai) for protection under the Endangered Species Act (ESA). WildEarth Guardians (Guardians) and Western Watersheds Project (WWP) filed a lawsuit in 2019 after the USFWS removed the reptile from the ESA candidate list, which the agency evaluates annually. The United States District Court for the District of Arizona in Tucson, AZ, approved the agreement between the agency and the non-profits on Aug. 3, 2020.

USFWS will immediately restore the tortoise to its ESA candidate list, reevaluate the reptile’s status, and open a public comment period. In 18 months, it will release its findings and a decision on the animal’s status.

“Desert tortoise[s] are known for moving slowly, but without full federal protections, they have been racing toward extinction,” Cyndi Tuell said in a press release. Tuell is the Arizona and New Mexico Director with WWP.  “The agency will now have to reconsider its decision based on the best scientific data available rather than caving to political pressure and economic interests in Arizona.”

According to the Arizona Ecological Services Field Office of the USFWS, one of the major threats the tortoise faces is the conversion of Sonoran Desert scrub habitat into grasslands, which are prone to fire. Permanent linear constructions, like roads, canals, and walls. threaten the reptiles’ habitat through fragmentation. The tortoise is found south and east of the Colorado River in Arizona and south of the international border to the Rio Sonora in Mexico. Cattle, overgrazing, and human residential development have also negatively impacted the animal.

“In the midst of an extinction crisis, the U.S. Fish and Wildlife Service has a responsibility to step up and protect our country’s biodiversity,” said Taylor Jones, Endangered Species Advocate for Guardians.

In 2015, USFWS decided the tortoise was not eligible for listing under the ESA. As reported by EnviroNews at the time of the press release, the agency was forced to make a decision after a petition by Guardians and WWP. Subsequently, the reptile was removed from the ESA candidate list.

Between 2015 and 2019, the USFWS did not fund any studies on the tortoise. Additionally, in 2019, the Arizona State Land Department blocked scientific studies on state trust lands. These policies make it impossible to know how many tortoises actually exist, but the environmental community believes the downward trend from 2015 has continued unabated. Tuell also points out that it will be difficult to know how the species is doing in comparison to other years after 2010, the last time Arizona Game and Fish Department (AGFD) was able to monitor the species.

“There’s no information that the species is doing better and there’s a lot of information that its habitat is being further degraded,” Tuell told Arizona Public Media, highlighting fires, development and climate change as major factors.

In Dec. 2010, the USFWS determined the Sonoran desert tortoise warranted protection under the ESA. However, the agency had higher priorities precluding the listing. Instead, the tortoise was put on a list of candidates to be protected by the ESA. In Arizona, where the reptile has been protected by law since 1988, it is afforded Tier 1b “Species of Greatest Conservation Need” status by the AGFD. Mexico also lists the animal as a threatened species. The tortoise only gained recognition as an official species in 2011.

“The Fish and Wildlife Service should be applauded for doing the right thing here,” said Matthew Bishop, an attorney with the Western Environmental Law Center (WELC) – the public interest law firm representing Guardians and WWP. “The 2015 decision merely assumed tortoises were doing fine in the absence of any population data. This was not legally or biologically defensible.”

(EnviroNews Arizona) – Tucson, Arizona – Two of America’s most successful environmental gunslingers fired off yet another lawsuit against Trump’s U.S. Fish and Wildlife Service (USFWS/the Service) on September 4, 2019, accusing the agency of “[failing] to consider science” as part of a “capricious” decision to not protect…