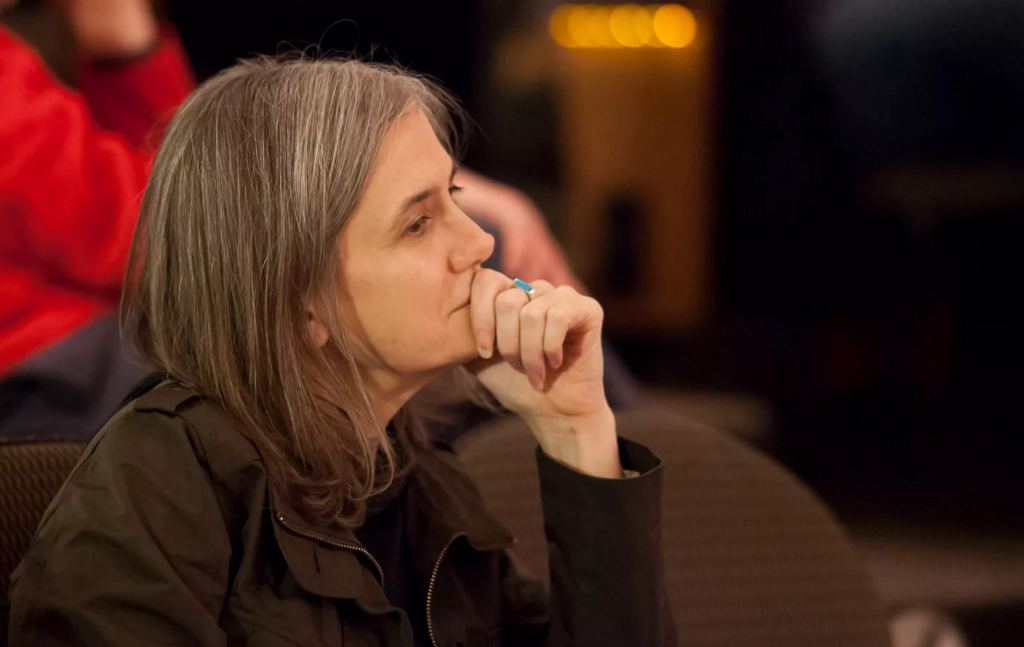 (EnviroNews DC News Bureau) — Mandan, North Dakota — EDITOR’S NOTE: Before this story could get far this morning, it was reported from the ground that charges against Amy Goodman, the award-winning journalist and host of Democracy Now!, have been dropped. For more on this story, please check out the article covering what led up to the event just below. Additionally, a live stream has been airing from outside the courthouse here: https://www.facebook.com/bucky.harjo/videos/10208981400904596/

Amy Goodman has been issuing reports this morning, October 17, 2016, from near the Morton County Courthouse in Mandan, North Dakota where the reporter is facing criminal charges. The award-winning journalist, host and anchor of Democracy Now! was handed the charges five days after her bombshell report, featuring heated environmental protests by a coalition of Native Americans, went viral.

The uprising featured in Goodman’s piece, surrounded the Dakota Access Pipeline Project (DAPL) — a plan that’s been riddled with opposition and controversy from the onset. Disagreement with the project has been so fierce in fact, it has prompted one of the largest and most diverse intertribal gatherings seen in the last century — an around-the-clock encampment harboring hundreds of Natives — people that now live on the pipeline’s path through the Standing Rock Sioux Reservation — the same place Democracy Now! caught all hell breaking loose on camera.

Goodman’s video clearly shows a contracted security team siccing attack dogs and deploying pepper spray on a crowd filled with women and children, after protestors (who prefer to be called “protectors”) broke through a fence in an attempt to stop bulldozers that were intentionally plowing under declared sacred burial sites of the Great Sioux Nation.

Goodman repeatedly pinned down members of the security team with her field mic, questioning them about their violent activities toward the protectors.

The Democracy Now! video accrued over 14 million views online and sparked mainstream media coverage of the story — a story that until that point had received little to no mainstream media attention.

Goodman was first charged with criminal trespass, a misdemeanor offense, but those charges were later changed to “riot.” Democracy Now! made this statement on its website:

The original charge against Goodman was criminal trespass, but due to lack of evidence, State’s Attorney Ladd Erickson has filed a new charge against Goodman: “riot.” If Judge John Grinsteiner approves the new riot charge, she will be appearing in court today at 1:30 p.m. CT to challenge it.

“I came back to North Dakota to fight a trespass charge. They saw that they could never make that charge stick, so now they want to charge me with rioting,” said Goodman. “I wasn’t trespassing, I wasn’t engaging in a riot, I was doing my job as a journalist by covering a violent attack on Native American protesters.”

It’s not only Amy Goodman that has been arrested over covering DAPL protests. Deia Schlosberg, an award-winning video producer who now works with HBO’s Josh Fox (Gasland, Gasland II), was also arrested. Schlosberg was reportedly held for over 48 hours before she was allowed to consult with council.

Actress Shailene Woodley has also been arrested. According to Fox in a piece he wrote, “she was singled out, the police told her, because she was well-known and had 40,000 people watching live on her Facebook page.”