(EnviroNews Nature) — Missoula, Montana — On Dec. 14, 2020, the Western Environmental Law Center (WELC) filed a formal legal complaint on behalf of WildEarth Guardians (Guardians), Oregon Wild, Cascadia Wildlands, and 10 other wildlife advocacy groups. The lawsuit accuses the Trump Administration’s U.S. Fish and Wildlife Service (USFWS/the agency) of prioritizing politics over science for a second time, in what this ferocious coalition of conservation non-profits says is an all-out failure by the federal government to protect the legendarily fierce wolverine (Gulo gulo) – an animal dwindling fast in the lower-48 states.

“Wolverines, like so many other persecuted carnivores, remain imperiled according to clear scientific evidence. Relying upon piecemeal-management by state wildlife agencies for wolverine survival because of political pressure is insufficient for recovery and contrary to both science and the law,” said Lindsay Larris, Wildlife Program Director for Guardians, in a press release.

Before EnviroNews could get this article on the wire a second lawsuit came down from another coalition of conservation groups — and this one carries some heavy hitters: Earthjustice representing the Center for Biological Diversity, Friends of the Clearwater, Defenders of Wildlife and the Sierra Club, alongside six other non-profits. Between the two suits, 25 plaintiffs in all, 24 NGOs and one individual, have all anted up for the ensuing legal battle, making for one of the largest overall NGO forces ever reported by EnviroNews in a wildlife case.

With threats from climate change, habitat fragmentation, and low genetic diversity, the groups state the wolverine could face localized extinction without a listing and future administration under the Endangered Species Act (ESA).

“The wolverine is a famously tough creature that doesn’t back down from anything, but even the wolverine can’t overcome climate change by itself,” said Earthjustice attorney Amanda Galvan.

On Oct. 8, 2020, USFWS decided against giving protections to wolverines under the ESA. Conservation groups under the guidance of Earthjustice filed their intent to sue the agency over the decision the same day.

Jeffrey Copeland, a Director at The Wolverine Foundation, said part of the problem with the USFWS’ conclusions lies in the agency’s interpretation of the science. In an email to EnvironNews, he wrote:

The agency maintains that wolverines interact between Alaska, Canada, and the lower-48, and don’t need protection based on genetic sameness. Conservationists disagree.

Copeland wrote that one reason to list the wolverine in the contiguous United States is because its population is genetically isolated. To rebut this argument, the USFWS has presented limited anecdotal evidence of wolverines crossing the Canada/U.S. border and, according to Copeland, “an absurd assumption that because wolverines have been trapped within 110 km of the U.S. border and wolverines have been documented to travel (disperse) in excess of 110 km, that there then must be cross-boundary movement, and therefore, adequate connectivity.” Copeland also wrote the USFWS has emails from “two Canadian carnivore biologists that dispute the argument that transboundary wolverine movement is actually occurring.”

Matthew Bishop, the Rocky Mountains Office Director for WELC, in an email to EnviroNews, said he wasn’t even convinced that the two populations of wolverines were genetically the same and cited a 2009 study by Michael Schwartz, Copeland, and seven other scientists. Bishop was only aware of one documented case where a wolverine had crossed from Washington to Canada — a northward movement. Meanwhile, multiple biologists have said the isolation of wolverines in the lower-48 increases the animal’s vulnerability to threats.

Conservationists have been trying to get protections for wolverines under the ESA since 1994. The USFWS has denied those attempts twice since 1995 due to what the agency said was a lack of data provided by conservation NGOs.

“It is sad that we have had to fight for decades and through multiple lawsuits to get wolverines the protection that they need, and that they are still waiting,” said Andrea Zaccardi, Senior Attorney at the Center for Biological Diversity, to EnviroNews in an online interview. “I would say that this decision is clearly a political one and not based in science.” “[We’re] going to keep fighting,” Zaccardi asserted in the coalition’s joint press release.

In 2016, after the USFWS pulled back on a previous decision to list wolverines for ESA protections, the U.S. District Court for the District of Montana ruled the agency’s decision was “arbitrary and capricious.” In that ruling, Judge Dana L. Christensen wrote:

The Service erred when it determined: (1) that climate change and projected spring snow cover would not impact the wolverine at the reproductive denning scale in the foreseeable future, and (2) that small population size and low genetic diversity do not pose an independent threat to wolverine viability in the United States.

There are fewer than 300 wolverines south of the Canadian border. They can be found in the North Cascades in Washington and the Northern Rocky Mountains in Idaho, Montana, Oregon (Wallowa Range), and Wyoming according to the USFWS.

“Recent scientific information makes clear that wolverines face threats from destruction of their snowy habitat due to climate change,” said Earthjustice attorney Timothy Preso in a press release. “We intend to take action to make sure that the Trump Administration’s disregard of the real impacts of climate change does not doom the wolverine to extinction in the lower-48 states.”

Even the USFWS’ species status assessment (SSA) cites climate change as the most significant stressor for wolverines. Females of the species like deep snow or snow-covered rocks where they can tunnel and give birth to their offspring between February and April. Despite the report, the agency still believes snow won’t be a problem.

“If wolverines need snow, we think that there’s going to be enough snow out there for them,” said Jodi Bush, the Montana Project Leader of the USFWS.

One reviewer of the SSA disagreed. In documents received by EnviroNews, the anonymous expert states that wolverine dens are typically found under 2.6 meters (8.5 feet) of snow cover, but the SSA uses a half meter (1.6 feet) and calls that no change in depth of snow. The reviewer says the depths aren’t the same to wolverines. “A half meter is not deep.” 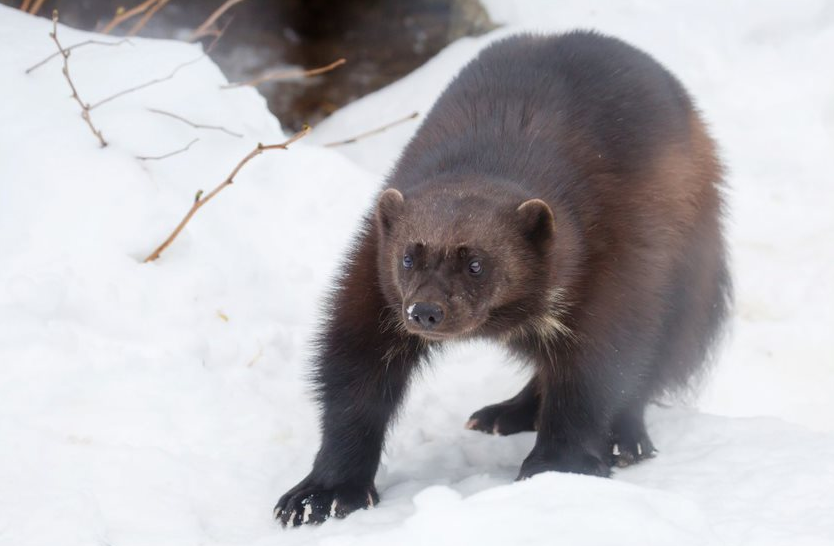 While the draft SSA was sent to states and a number of industry groups, including the American Petroleum Institute, Western Energy Alliance, the Utility Air Regulatory Group, and the International Snowmobile Manufacturer’s Association, the USFWS refused to release it to WELC and its clients. They had to file a Freedom of Information Act (FOIA) request to ascertain the information.

“This is yet another chapter in this Administration’s war on science,” said Bishop. “Public records reveal the [USFWS] decided not to protect wolverines from day one and then worked backwards to figure out how to make the decision stick.”

Wolverines have dense fur, snowshoe-like feet, and jaws capable of biting through frozen meat and bones. These adaptations make it perfectly suited for snowy arctic and subarctic climates. Environmental groups say that makes them uniquely prone to extinction from anthropogenic climate change.

“For more than 25 years, the government has stonewalled federal protection for wolverine,” said Dave Werntz, Science and Conservation Director at Conservation Northwest. “It is time to stop playing games, follow the science, and work together to counter threats to wolverine survival.”