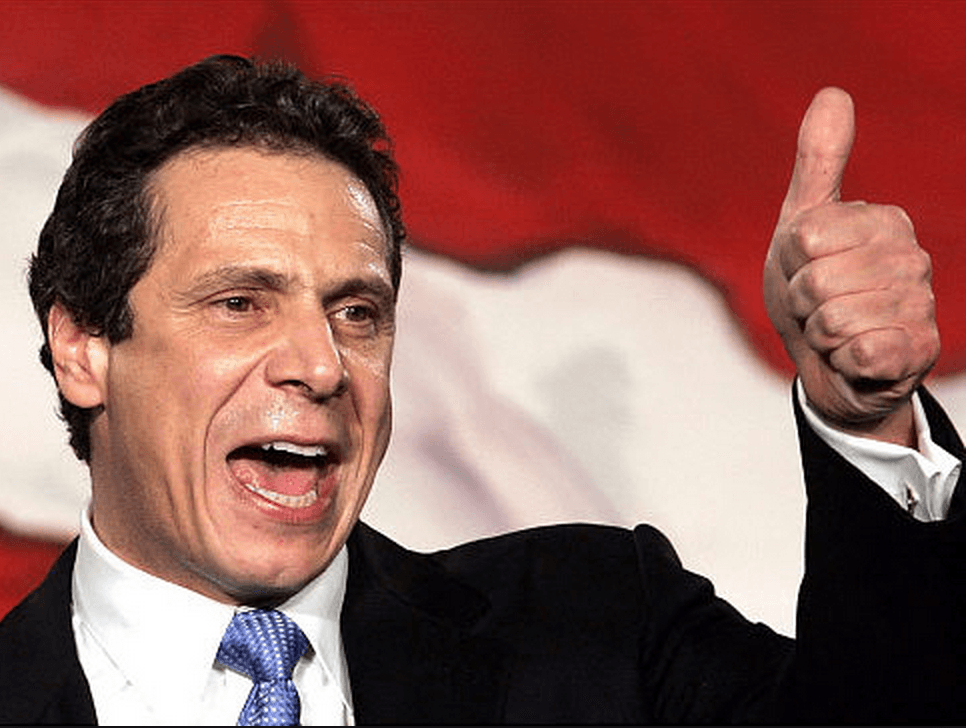 (EnviroNews New York) — Albany, New York — “Simply don’t do it,” was the advice from a masked informant to EnviroNews two years ago. The 20-year veteran Oil CEO spoke these words to viewers and to New York Gov. Andrew Cuomo (D). It would look as if the governor has heeded this advice.

In a bold move on December 17, 2014, Cuomo announced there will be no fracking in his state.

Years ago, the promise of fracking was supposed to boost oil and gas production and create jobs, in about 30 states across the county, including a New York area that covers 600 miles of the Appalachian Basin referred to as the Marcellus Shale.

But since a moratorium was placed on hydraulic fracturing in New York in 2008, the process has become a source of heated emotional debate.

Fracking, short for hydraulic fracturing, is a process of creating underground fractures in rocky geological formations by injecting water and chemicals into cracks to force them further open. The larger fissures allow more oil and natural gas to flow so it can be extracted.

Cuomo made national headlines in a matter of hours with the announcement to ban the controversial practice from the state, citing concerns over health risks. Environmentalists and activists have reported that fracking can lead to carcinogens in the aquifer, as well as the release of airborne contaminates.

the announcement is the culmination of a six-year review process by the DEC, including a study from the New York State Department of Health. The results of this review were expected to be released earlier this year, but were delayed until after the November election, in which Cuomo was re-elected.

During his campaign, Cuomo repeatedly said he would refer to the “scientists,” regarding a final decision on fracking. New York’s Acting State Health Commissioner Howard Zucker said “I cannot support high-volume hydraulic fracturing in the great state of New York,” adding that he would not live in a community that allows fracking and would not want his children to play in the soil in such a place.

New York Environmental Commissioner, Joe Martens said in a press conference, the potential adverse impacts of fracking are “widespread,” Adding the prospects for fracking in New York are “uncertain at best,” and the economic benefits are “far lower than originally forecasted.”

In EnviroNews DC’s 2012 interview, a Big Oil whistleblower said he had a “revolutionary plan of action” to plug and abandon all of his company’s oil wells and convert the well-sites over to 100 percent green and clean technologies. In the interview, he addressed the issue of fracking, and in particular, the difficult decision Cuomo faced.

New York’s ban generated praise from environmentalists, who applauded Cuomo’s prohibition and hoped it would encourage other states to follow suit.
“There is no safe way to frack,” Zack Malitz, campaign manager at progressive group CREDO, said in a statement. CREDO also Tweeted: “California needs to be next.” #DontFrackCalifornia

California, energy companies have been using a type of fracking to extract oil for many years and are pushing to expand such techniques. According to an Associated Press report, environmental groups hope the New York decision will influence Gov. Jerry Brown, who has largely supported fracking.

“If it’s not safe for New Yorkers, why should we think it’s safe for us?” Charles Margulis, with the California branch of the national Center for Environmental Health, a nonprofit organization, told AP.

Also on the horizon is a decision in Denton, Texas — a court will decide whether or not to uphold the will of the voters, or side with the oil companies.. Headed by the action group Frack Free Denton, the city banned hydraulic fracturing on Nov. 4, 2014, becoming the first city in that state to do so. The decision was followed immediately by a lawsuit filed by Texas Oil and Gas Association.

In its response, Denton said the petroleum group did not identify specific state regulations that make its ban unconstitutional.

“The suit is premised on the [Railroad Commission of Texas] completely occupying the field of regulation. Denton is rightly seeking to have them identify the actual regulations that supposedly occupy the field,” Jim Bradbury, a Fort Worth-based lawyer who focuses on environmental and energy issues, told a Texas newspaper.

Vermont in 2012 banned hydraulic fracturing and the exploitation and exploration of unconventional oil and gas.

Also noteworthy is that Niagara Falls banned natural gas extraction as a whole, as well as the storage, transfer, treatment or disposal of natural gas and related production wastes.