(EnviroNews Alaska) — In Mike Dunleavy’s first year as Governor of Alaska, he managed to alienate constituents by severely slashing education, social programs and Medicaid. His actions prompted a state-wide recall attempt in July 2019. Now, the Governor is making a strong push to open Alaska’s protected oil and gas reserves for drilling and the Tongass National Forest for mining and logging. Meanwhile, some activists are saying they will fight to stop those moves until the bitter end.

Dunleavy spoke at a Heritage Foundation event on Monday, December 16, 2019, about the 49th state’s legacy of deficit spending and a bounty of untapped natural resources. The Heritage Foundation is a conservative think tank established 42 years ago by Joseph Coors, Paul Weyrich, and Edwin Feulner. Historically, the organization has been heavily funded by the Koch Brothers and tied to some of the world’s most controversial climate denial misinformation campaigns.

During the speech, the Governor highlighted the accessibility of Alaska’s rich rare mineral caches, its millions of acres of timber and the state’s abundant fossil fuel deposits – dangling the precious recourses in front of a crowd eager to see their harvest.

“In 2014 to 2016 the price of north slope [oil] plummeted from $110 a barrel to just $30 a barrel. From a peak of $4 billion, state revenues collapsed to $750 million. Rather than face these revenue projections head-on, our state political leadership chose to increase spending during this time,” Dunleavy said. “For the first time the Alaska state legislators had to dip into savings in order to balance the budget,” he added.

Dunleavy moved to Alaska in 1984 to work in a logging camp. He shared his experiences and observations as an outdoorsman and former educator. “We had a terrific industry. It was a high paying family wage industry and that industry was shut down under the Clinton Administration,” Dunleavy reminisced.

“You couldn’t build any more roads and you could not harvest old-growth timber which basically killed the industry — and as a result, that industry died in southeast Alaska and as we stand here today even though we have one seventh of the entire country’s entire timber reserves, Rhode Island has a bigger timber industry than Alaska does.”

Since taking office in 2018, Dunleavy has capped government spending and cut many educational and social programs which sparked a recall effort from Alaska residents. The action was rejected by the Alaska State Division of Elections in November 2019. And after one year in office, Dunleavy unveiled his state budget.

The Governor’s new budget doesn’t impose deep cuts, but some economists say it could put the state behind $1.5 billion in deficit spending. When Dunleavy unveiled his 2020 State Budget, he warned that without new sources of revenue or additional cuts, the shortfall could drain most of the Constitutional Budget Reserve (CBR), a state savings account set up as a companion to the Alaska Permanent Fund.

In the Heritage speech, Dunleavy proposed opening Alaska to the harvesting of many more of its natural resources. The Governor has also been observed in discussions with President Donald Trump in Anchorage during Airforce One refueling stops. “We talked about what to do with the Tongass and he’s helped us tremendously in working with his secretaries and his folks in his administration to begin the process of rolling back those rules — rolling back the Roadless Rule – rolling back the ‘Old-Growth Rule’,” he said. 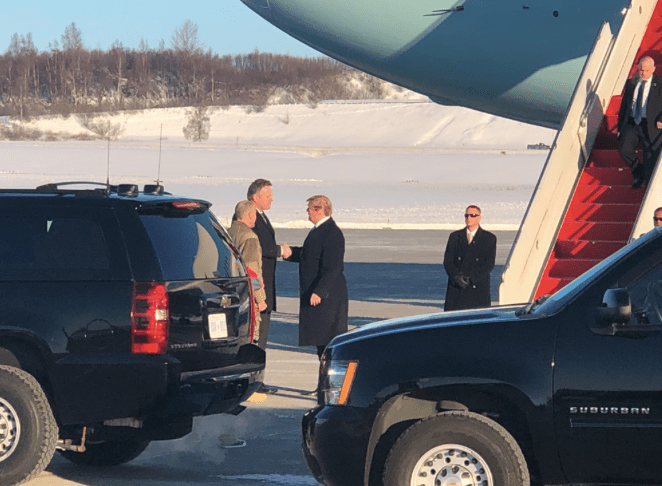 “Rolling back the Roadless Rule” has recently become a political sticky wicket. The Tongass and Chugach national forests, managed by the U.S. Forest Service (USFS), consist of more than 24 million acres of mostly unspoiled land. Both are vital to multiple industries including tourism, big game hunting, and sport and commercial fishing.

It may not be as large as it once was, but nonetheless, there’s plenty of timber there, 16 million acres of forest roughly. And as you know national forest is supposed to be used for multi-use purposes. It’s not a national park. We have lots of national parks in Alaska. It’s a national forest and what we want to do is put Alaskans back to work. Although our employment rate is now at historic lows for Alaska, it’s still one of the highest in the country. Having a robust timber industry in southeast Alaska would put thousands of people potentially back to work. It’ll get people off of government programs. It also has the opportunity of opening up the Tongass to mining.

The public outcry for the Tongass to remain roadless has been overwhelming. As the time for public comment on the matter came to a close on December 17, 2019, Earthjustice reported more than 400,000 people spoke up in opposition of harvesting old-growth trees. 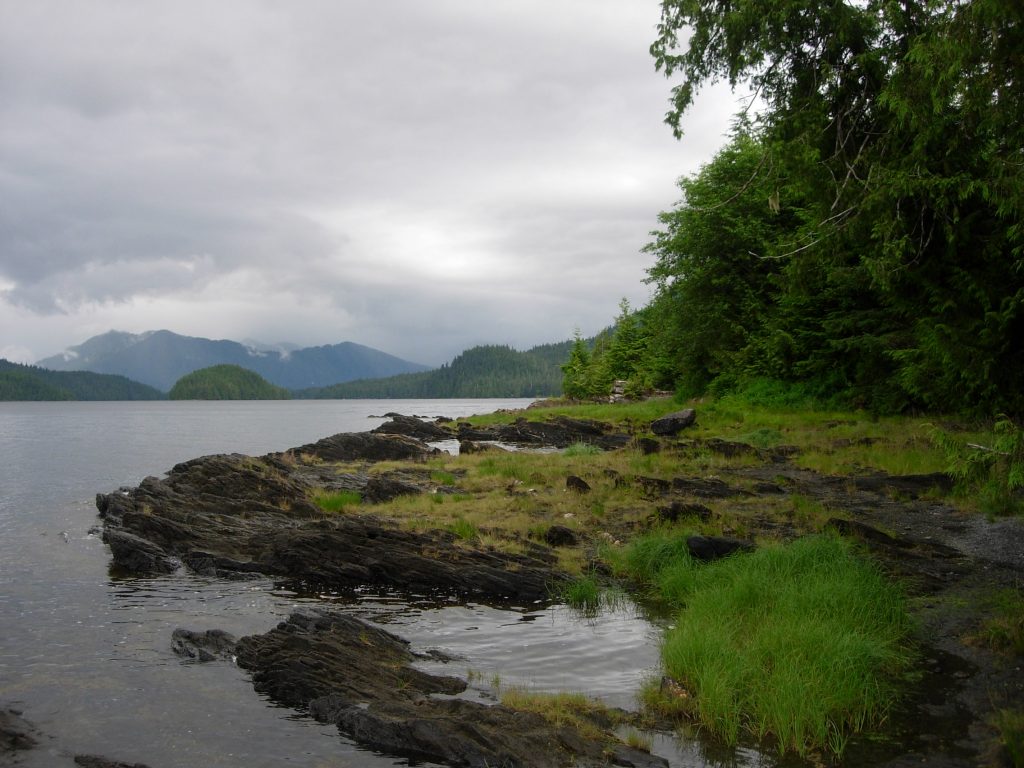 Earthjustice isn’t the only NGO fighting hard to protect the Tongass though. SalmonState, an Alaska-based 501c3, put out a two-minute video titled, “Breath” featuring the indigenous people that live, and have lived in the Tongass for centuries. According to its website, SalmonState “[advocates] for science-based decision making, precautionary management, and for Alaskans to have a voice in what happens to our wild salmon.”

Dunleavy talked about mining in Alaska as well. Two of the six largest operating mines in Alaska are Kensington Gold Mine and Helca Greens Creek (silver, zinc, gold and lead). Both are located a few miles north of the State Capitol of Juneau. There are also six mines currently in the “advanced exploration” phase, according to the Alaska Miners Association. Dunleavy told the crowd at Heritage that the Trump Administration has been helpful and instrumental in planning future mining operations.