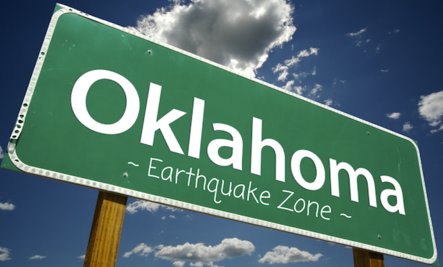 (EnviroNews Polls) — On September 3, 2016, residents near Pawnee, Oklahoma were jolted by a 5.6 magnitude earthquake as a result of oil and gas production activities. The quake officially ties another 5.6 wastewater temblor from 2011 in Prauge, Oklahoma as the largest manmade earthquakes ever in the United States. Several other seismic events, similar in size, are suspected to be a result of man’s activities, but the causes of those episodes are still unconfirmed. But in Oklahoma, it is now well understood, the tremors are a result of fracking, and underground wastewater injection — and that is the position of the U.S. Geological Survey (USGS), and the Oklahoma Geological Survey (OGS).

Oklahoma used to be one of the least earthquake prone places in the United States, registering only about two quakes per year over 3.0 in magnitude. But now, the Sooner State is the most seismically active place in the country, having surpassed Northern California, and this whole shift has occurred since 2009 — since the Dick Cheney Energy Bill opened the floodgates on fracking from coast to coast.

In addition to last weekend’s large 5.6 event, from June 17-24 of 2015, Oklahoma was rocked by 35 “frackquakes” in one week. The unsettling episode had the state and officials reeling, as panicked residents rode out the ongoing tremors, wondering if they would ever cease.

Regulators called that event a “game changer,” and some moves, like prohibiting operators and waste disposers from injecting wastewater below the state’s deepest rock formations, have been made in an effort to quell the quakes. It would seem, those new rules aren’t putting the brakes on the shakes.

Following the oil industry’s panic attack last year after Denton, Texas, known as “the birthplace of fracking,” voted to outlaw the unpopular practice, Oklahoma Governor Mary Fallin (R) signed Senate Bill 809 into law — another one of those Koch Brother-fueled, eyebrow-raising bills, that ban communities from banning Fracking. But should the Governor herself make a move to ban the technique — and/or the practice of wastewater injection for that matter?

In a statement, Fallin defended her controversial signing of SB 809 thusly:

Corporation Commissioners are elected by the people of Oklahoma to regulate the oil and gas industry. They are best equipped to make decisions about drilling and its [effect] on seismic activity, the environment and other sensitive issues. We need to let these experts do their jobs. The alternative is to pursue a patchwork of regulations that, in some cases, could arbitrarily ban energy exploration and damage the state’s largest industry, largest employers and largest taxpayers.

Emergency moratoriums have been placed on the oil and gas industry in the past. In Oklahoma, it’s not just the air and water that are at stake from the fracking industry’s activities — it’s people’s lives, homes and property as well.

The Governor already put 37 wastewater wells in emergency shutdown following last weekend’s large quake, but should that shutdown be expanded into a larger industry-wide moratorium?

The OK Corporation Commission’s action to tell operators to shut down is based on emergency authority – this is a mandatory directive,

With all the aforementioned facts considered, we put it to you, our readers and viewers to decide: Should Oklahoma Governor Mary Fallin (R) place an emergency moratorium on oil and gas activities following last weekend’s 5.6 earthquake? Yes or no?

Please cast your official vote via Twitter or Facebook in the poll just below. Also, please visit the EnviroNews stories on Oklahoma’s frackquakes underneath the poll.

(EnviroNews World News) – Pawnee, Oklahoma – A major earthquake, caused by the underground disposal of fracking wastewater, rattled north-central Oklahoma on the morning of September 3, 2016. The U.S. Geological Survey (USGS) said the event occurred at 8:02 a.m. EST and measured 5.6 on the Richter scale….

(EnviroNews World News) – Oklahoma City, Oklahoma – Historically speaking, Oklahoma used to be a place where almost no palpable earthquakes happened at all – but hydraulic fracturing, a.k.a. “fracking” has changed all that now. Between the dates June 17 and June 24, 2015, Oklahoma was jolted by…

(EnviroNews World News) – Well, it’s happened again – this time in the Sooner State of Oklahoma. It would appear that big oil with its limitless financial lobby power is afraid – shaking in its boots at the prospect of local cities and municipalities saying “hell no” to…