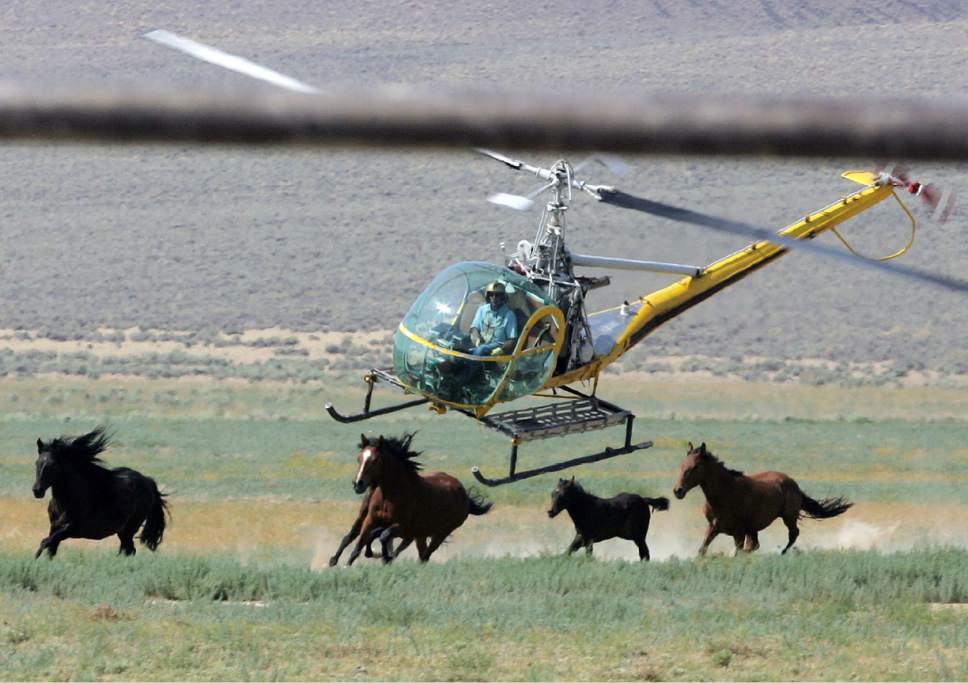 (EnviroNews Polls) — Nearly two million wild horses (Equus ferus caballus) once roamed the American landscape. Today, the number is a far cry from that, with the population hovering somewhere around 67,000. But the U.S. Bureau of Land Management (BLM), an ancillary arm of the Department of Interior (DOI), says the number should be 27,000 — and it’s determined to make it so.

The National Wild Horse and Burro Advisory Board, a panel of third party “citizen experts,” voted on Friday, Sept 9, 2016, to make a recommendation to the BLM that 45,000 captive wild horses and burros, locked in limbo, should be put to death.

That decision sparked outrage — so much so, that the BLM announced on Sept 14, it would not send the animals to their doom after all, despite the board’s recommendation.

The agency has been in a wild horse management mess for years, spending nearly $50m per year just to round up more of the iconic creatures and stash them at holding facilities throughout the country.

While the BLM argues more humane control methods like administering fertility-reducing drugs have problems and are expensive, animal rights groups say the agency’s program is a disaster that squanders millions, simply rounding up the animals and piling them up at select locations.

Critics also say the BLM designates it Herd Management Areas (HMA) at the behest of the livestock industry, pointing out that cattle outnumber wild horses 50-1 on federal land.

The question is: what should be done with all the orphaned animals BLM is rounding up in its effort to thin the horse herds? Even the best efforts by adoption services and sanctuaries have left an excess of the creatures (45,000 or so) lumped in a logjam with no home in sight.

We put it to you, our readers and viewers to decide. Tell us, and the BLM, what you think. Should the U.S. government send any wild horses to be slaughtered at all? Please cast your official vote in the poll below via Twitter or Facebook.

POLL: Should The U.S. Government (@BLMNational) Send Any Wild Horses To Be Slaughtered At All? VOTE NOW!