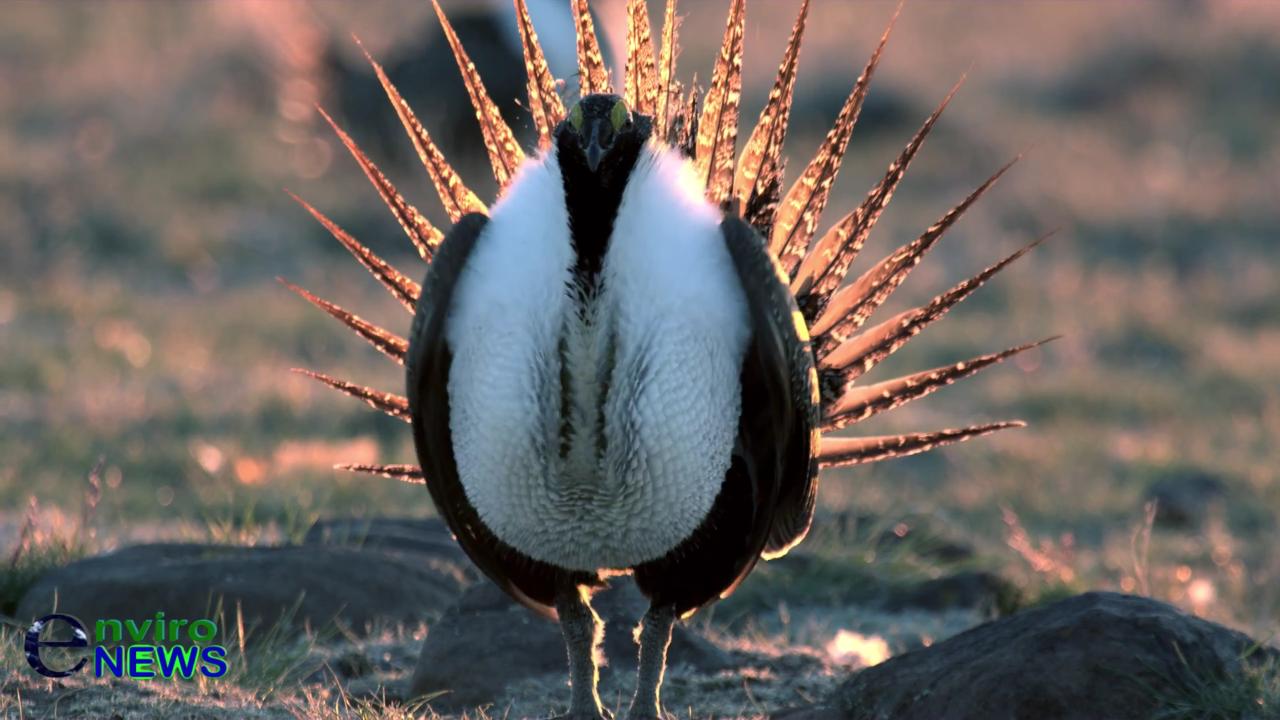 On March 3, 2017, EnviroNews Nature, a division of EnviroNews USA, released one of the largest and most expansive documentaries ever published on an imperiled wildlife species.

Titled, Lions and Tigers and… Sage Grouse? Oh My! — The Granddaddy Endangered Species Battle of Them All, the documentary digs in-depth at what is likely the most politically embattled species, bird or otherwise, in world history – and a species that many have scarcely heard of at all: the greater sage grouse (Centrocercus urophasianus).

“Having grown up immersed in the backcountries of Utah and other western states, this was a very personal report, but a necessary one,” Urry said. “In our research, no other species has been more politically embattled, considering the countless, and often convoluted efforts we’ve seen to keep the bird off the endangered species list at any cost – and that’s saying a lot because it’s got some pretty stiff competition from wolves, blue whales, spotted owls and various other species in Africa and around the world.”

“The efforts to stop the sage grouse from receiving Endangered Species Act (ESA) protection comprise the most money ever spent, the largest land-use plans ever implemented, and the biggest multi-party conservation efforts ever deployed, since protecting imperiled species began, according to the U.S. Department of the Interior. In this report, we answer the question: Why?” Urry concluded.

Most nature films include awesome footage of the featured animals and terrain, but amount to little more than “puff pieces” and fail miserably when it comes to exposing the myriad political and industrial threats animals face everyday. Viewers will find no such problem with Lions and Tigers and… Sage Grouse? Oh My! – a film that strikes a careful balance between exposing special interests and habitat harmers, and showing what is truly at stake for future generations: gorgeous western landscapes containing diverse ecosystems harboring awe-inspiring critters and creatures.

EnviroNews was helped by great technology sponsors such as Sony, iKan, MovCam and Zacuto during production, and now provides this monumental report as an educatory service to the world.

News companies, non-profit organizations, and educational blogs and websites may embed the full-length documentary and/or transcript on their websites by visiting the film’s webpage here: https://www.environews.tv/030317-lions-tigers-sage-grouse-oh-granddaddy-endangered-species-battle/

Those websites wishing to share the film may also use this special embed code: