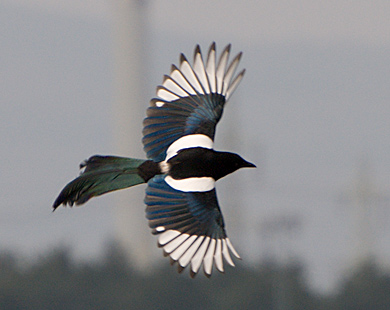 (EnviroNews World News) — While it’s certainly debatable as to what the smartest animals in the world are, it may be less disputable when attempting to zero in on the world’s smartest bird.

While conducting research for this article, we were not surprised to find dozens upon dozens of “articles” and posts that attempt to rank the world’s smartest animal species. Many of the creatures selected to those lists seem to have landed themselves there with little rhyme, reason or science behind the decision at all. The behavioral traits associated with the animals, many of which naturally represent remarkable, built-in survival instincts, are often chalked up as “intelligence” — mistaking instinct for ingenuity and cognition.

One piece by the popular ranking site List25 includes spiders, ants and pigeons, and honors birds such as falcons and owls, but fails to mention one velvety smooth flyer that should crack their list without fail — an avian that displays a level of both intelligence and resourcefulness likely unmatched in the bird kingdom.

The winged one being referred to here is the magpie — more specifically, Pica pica, or other members of the Pica genus — and although it might appear black and white when you see it in the wild, if one takes a closer look, they will see that its wing and tail plumage is not truly black like its head-feathers, but iridescent green or blue-green — with visible prism-like, rainbow colors, blended into its rather proportionately long tail feathers.

Many sources that study animal intelligence scientifically (in contrast to just writing cheap, non-researched blog posts about it), will tell you that not only is the magpie the most intelligent bird known to them in all of the world, but also one of the 10 most intelligent living creatures on the planet.

The reason this is so is due to something called the “self-recognition test” — an examination that assesses an animal’s ability to recognize itself in the mirror. The test examines wether an animal in a species can detect colored dots on its own body while looking at itself in the mirror. Of all species know that can pass the test, the magpie is the only bird, and in fact, the only non-mammal. A Eurasian magpie was first observed cracking the test in 2008, making magpies the only organism that can accomplish this without having a neo-cortex as part of their brain.

Along with the Eurasian magpie, the list of 10 self-identifying creatures includes: Rhesus macaques, bonobos, orca whales, elephants, bottlenose dolphins, gorillas, chimpanzees, orangutans, and last, but not least, humans of course (which some people say make for the the dumbest of all species currently inhabiting the planet, because humans remain the only species that recklessly destroys the environment and all life — taking far more than is needed to comfortably survive).

There are more than a dozen species of magpie across several genera, and not all share Pica’s “black” and white plumage, but all are considered highly intelligent — still, only Pica pica to this point has passed the self recognition test.

Corvidae is a family of bird species that includes magpies, jays, crows ravens, nutcrackers, treepies, jackdaws, choughs, and rooks — all of which are considered to be pretty darn smart as bird species go.

Although plagued with superstitious beliefs throughout the ages, and chastised for being a thief and a “bad omen,” the magpie has been revered for its “medicine,” and for its magical and healing powers by Native American tribes for time immemorial.

The bird mates for life and reportedly loves shiny objects, with many accounts claiming that Picas will snatch away jewelry when people turn their heads, and hide the loot in stash spots. It is also believed by some in Native American circles that it possesses an almost visionary power to find food following a direct line of flight, with only minimal searching and scavenging.

As impressive as it is, recognizing itself in the mirror isn’t the only display of intelligence encountered in this bird species at all. The African grey parrot made many of the animal IQ ranking lists due to reportedly having the “brain capacity of a five-year-old,” while maintaining an amazing ability to talk — but the magpie is not without its own ability to copy human language — often with much less training than other birds. Wild magpies have even been reported to talk and imitate farmers, and other people — sometimes catching them by surprise when it happens out of the blue.


Considering all the aforementioned facts about magpies, it seems to go without saying that the species is among the world’s most intelligent animals, but in recent years, another trait observed by researchers and various people around the world, takes Pica pica’s intelligence to a whole new level yet again — and this time, perhaps an emotional level.

While the magpie is often characterized as mischievous, wiry and aggressive, recent observations of them taking care of their own dead in a tender ceremonial fashion only deepen the mystery behind the mythical bird.

In an article titled, Magpies ‘feel grief and hold funerals’, The Telegraph reports, “Magpies feel grief and even hold funeral-type gatherings for their fallen friends and lay grass ‘wreaths’ beside their bodies… these rituals prove that magpies, usually seen as an aggressive predator, also have a compassionate side.”

The Telegraph article highlights observations made by a “Dr Bekoff,” an animal behavior expert, wherein the researcher observed magpies nudging their fallen comrade and creating a wreath of grasses in a ceremonial procession that seems emotional and almost ritualistic in nature.

Elephants are also known to conduct such a rite — a procession wherein they nudge the fallen with their trunks and seem to display a sort of grief — in an event where they deal with the loss of the deceased in a unique and elaborate way compared to other animals.

In the past few years, multiple videos of these magpie “death rituals” have surfaced around the world, leaving animal behavior experts to reevaluate yet again, just how smart the rascally little bird really is.