Editorial: Here's The Exact Number of People Who Have Died From Marijuana Overdoses - EnviroNews | The Environmental News Specialists
Skip to content 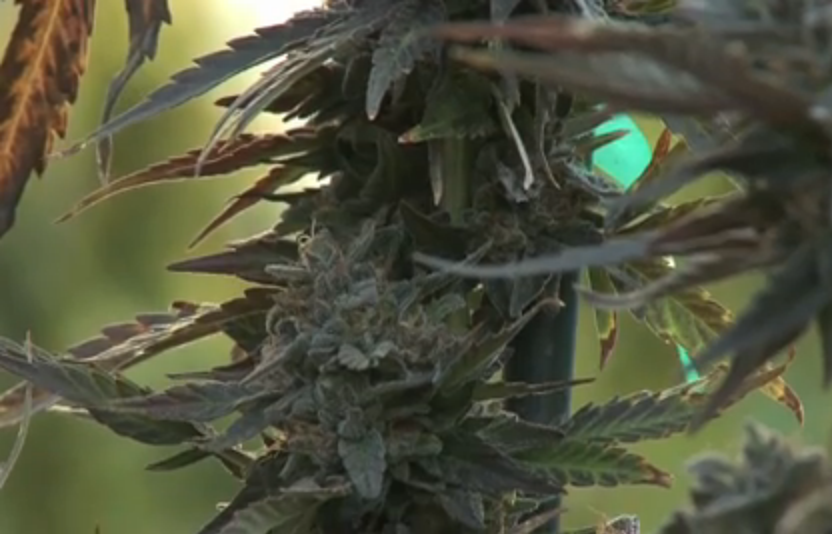 (EnviroNews World News) — After ongoing research conducted at EnviroNews World News, and after reviewing many other sources on this same topic, it is the conclusion, and opinion, of the EnviroNews World News Editorial Board that the exact number of verified deadly toxic overdoses from marijuana, and marijuana-derived products, is (drum roll): ZERO — and the Centers for Disease Control (CDC), The Huffington Post and countless other publications agree — the plant as a standalone substance has killed no one. In exploring the approximately 7,000-10,000 years of human consumption of the herb cannabis sativa, our research leads us to believe that not a single death has been recorded from the ingestion or inhalation of the plant.

High and low we searched, yet we were unable to locate a single situation where marijuana alone was the confirmed primary cause of death. Of the small handful of cases we explored where marijuana was suspected in a deadly overdose, other drugs, or major health problems were also at play, clouding those cases and leaving them inconclusive.

Let us be clear: This does not mean that nobody has ever died as a result of their own actions after consuming marijuana, as pot-induced activities have caused a few deaths — key words here: “a few.” Those numbers are rather unimpressive as statistics go — certainly not enough to provide much fodder for a staunch DEA-loving, drug war proponent. Just last year, a college student made headlines when he died after hurling himself over a hotel balcony while vacationing in Colorado, after getting too loaded on pot cookies. Still, the plant itself, was not directly physiologically responsible for the student’s death. Here’s what the CDC had to say about that case:

Although the decedent in this case was advised against eating multiple servings at one time, he reportedly consumed all five of the remaining servings of the THC-infused cookie within 30–60 minutes after the first serving, suggesting a need for improved public health messaging to reduce the risk for overconsumption of THC.

Reefer is now legal in 24 states, either medically, recreationally, or both, exacerbating the bong-hit boom that has already been growing for years. Today in the U.S., a great many more people are smoking grass than in the past, creating the perfect opportunity for the CDC to find that deadly connection — but so far, zilch — nada — nothin’.

Sadly, deaths from other hard drugs are on the rise in America and the CDC knows it stating, “More persons died from drug overdoses in the United States in 2014 than during any previous year on record.” The Agency reported spikes in 2014 in deaths from alcohol, opioids, and other drugs. Illegal drugs claimed 17,465 lives, prescriptions took another 25,760, while alcohol took 30,700 from toxic overdose according to the Center. Marijuana killed zero.

It’s been estimated by some researchers that it takes about 40,000 times the amount of marijuana to kill a person than would get them buzzed in the first place, whereas with alcohol only 5-10 times the buzz-dose can put a person in an early grave.

It has also come to our attention that not a single case of lung cancer has ever been definitively linked to the smoking of marijuana. Certainly persons who either do, or have smoked the plant at some point in their lives, have experienced lung cancer, but so far, no one has linked marijuana consumption to any of those cases.

Even though the American Lung Association and others say things like, “Smoke is harmful to lung health. Whether from burning wood, tobacco or marijuana, toxins and carcinogens are released from the combustion of materials. Smoke from marijuana combustion has been shown to contain many of the same toxins, irritants and carcinogens as tobacco smoke,” neither the American Lung Association, or any other, has ever linked a case of cancer directly to cannabis. It’s quite a different story where tobacco is concerned though, with some 480,000 premature deaths recorded each year in the United States alone, as a result of that plant and the harmful additives it often contains.

About half the adult population of the United States has used cannabis at some point in their lives, with an estimated 25 million being “regular” smokers. With this large of a cohort to examine, one would think a cancer connection would have been established by now if such a link existed. There are those out there who would like nothing more than to see weed blamed for cancer, but to date, such an association is yet to be made.

In regards to marijuana still being illegal according to federal law, and classified as a schedule 1 drug by the DEA, all the aforementioned info has many citizens saying “What the hell?” — especially when reliable polling agencies like Gallop and CNN have repeatedly shown that nearly 60% of Americans now support full-blown legalization for recreational purposes, and roughly 80 percent support legalization for medical purposes. Those numbers have been rising sharply over the last decade leaving many to wonder when the big bad federal government will heed the will of the people and stop its ridiculous, nearly century-old, Reefer Madness.

So exactly why is a peace-promoting therapeutic herb, not responsible for a single death from a toxic overdose, still the result of people being terrorized, thrown face-down on the pavement, put in handcuffs and sent to the Crowbar Hotel? Why would the federal government continue to perpetrate incarceration on otherwise upstanding members of society, using their own hard earned taxpayer dollars, when this is clearly not the will of the people? All that is needed to answer those questions is to follow the money. That financial trail is as ugly as the pile of ruined lives the war on weed has left in its wake.

2 thoughts on “Editorial: Here’s The Exact Number of People Who Have Died From Marijuana Overdoses”