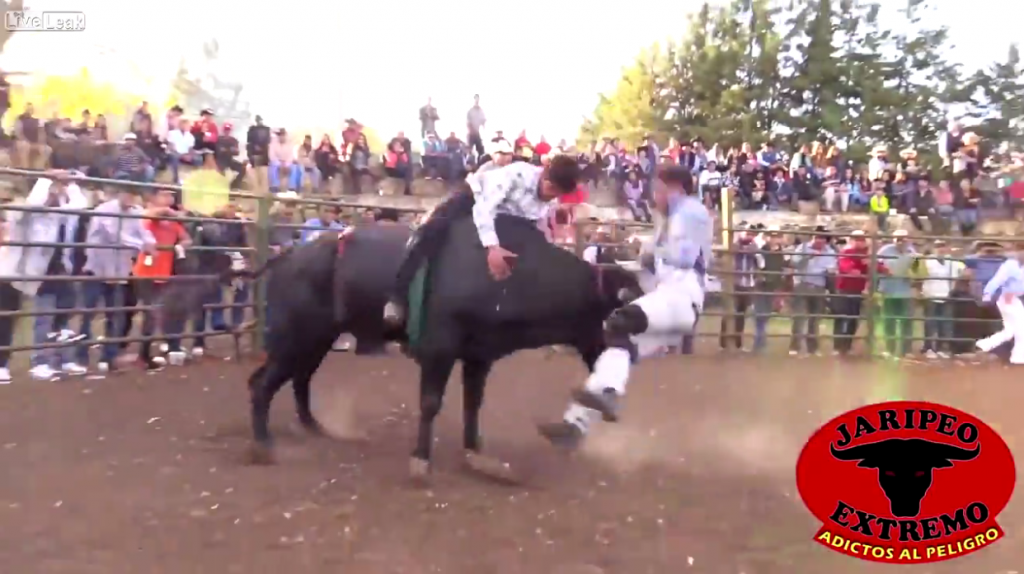 (EnviroNews World News) — A video surfaced on June 30, 2017, displaying a gruesome event, but one filled with sweet revenge — at least if you are a bull.

The video emerged on the website LiveLeak and was uploaded by the user Eoin Kelly, who didn’t have much nice to say for the hombres doing the bull riding. “Bull Takes Revenge on Assholes,” his video title rings out. The video is branded by Jaripeo Extremo, a Mexican bull riding YouTube channel.

At an unknown location, onlookers watched as the bull and Mexican rider charged out of the chutes. What happened five seconds later shocked and terrified the crowd.

The angry bull runs straight toward one of the “rodeo clowns” inside the ring, and the man simply doesn’t move out of the way fast enough. Next, the bull hooks the man, sending him airborne and spinning. By the time he hits the ground he appears to already be out cold. 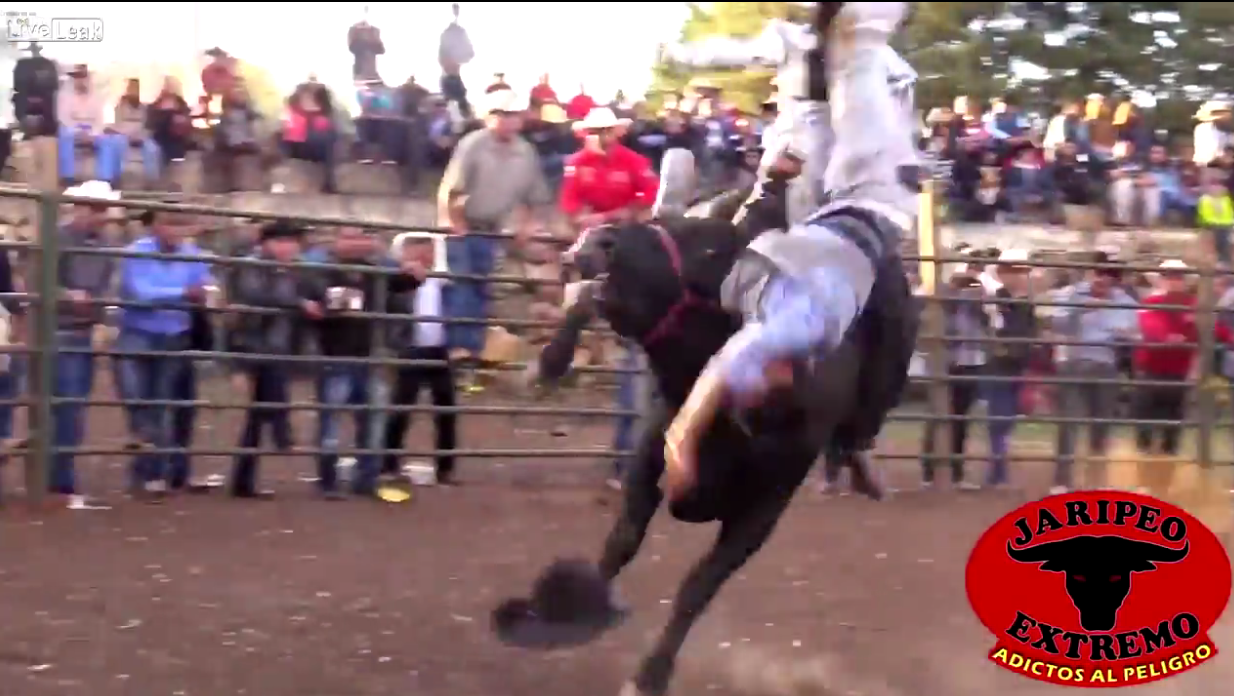 The bull didn’t stop there though. He next hooks the man right in the groin and continues tossing him about like a rag doll — trampling, stomping, goring and rolling the seemingly lifeless body around the arena.

The audience begins to scream in terror as other men enter the ring in an attempt to rescue the main target of the assault — the unconscious and maimed rodeo clown. The bull chases several of them as well, and jabs another man who is trying to escape by sliding underneath a fence. 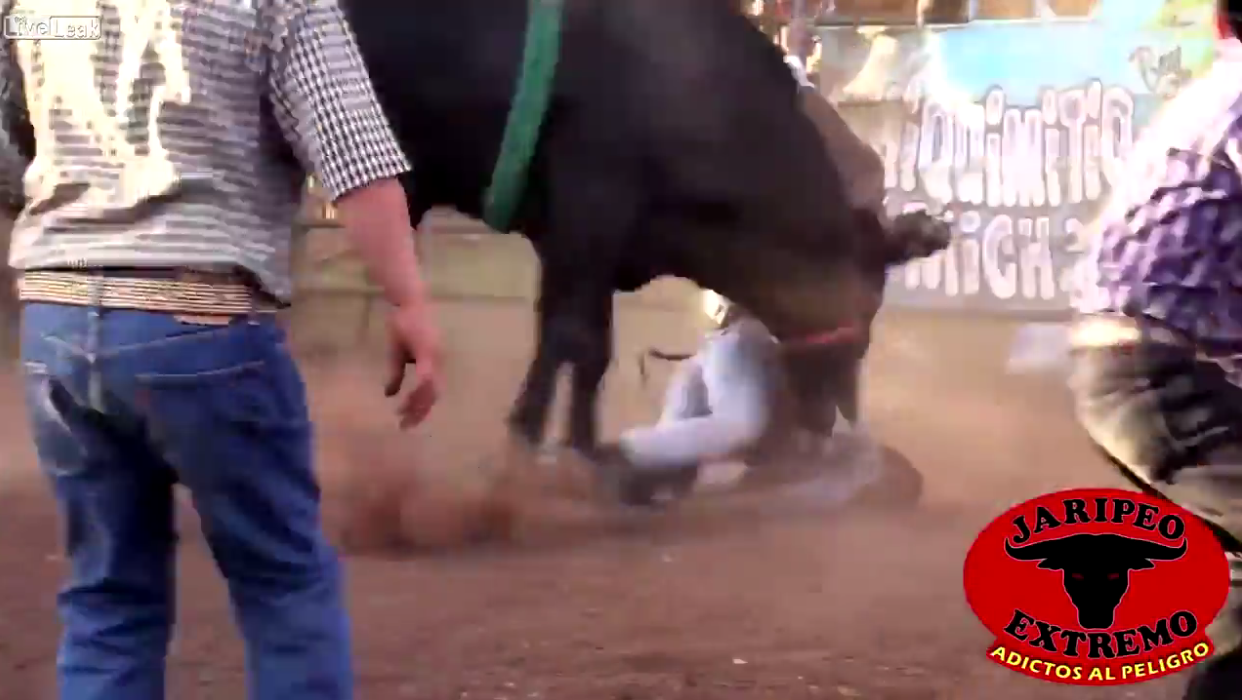 The last thing viewers see in the video is the rodeo clown, still unconscious, being carried away by his compadres. 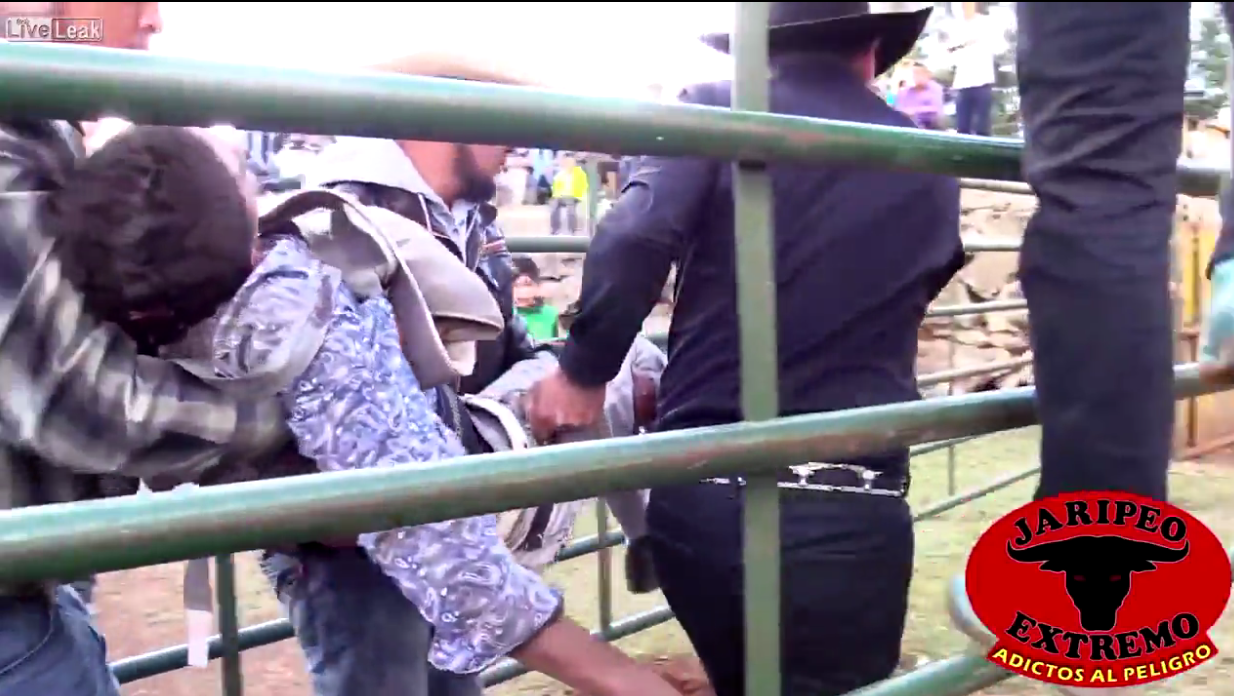 Mexican Rodeo Clown Being Hauled off by Compadres