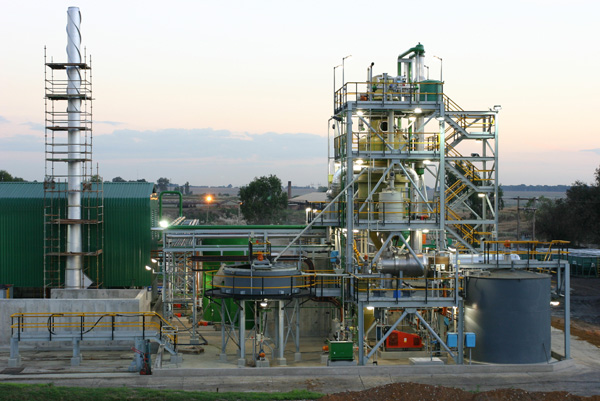 (EnviroNews World News) — A medical waste incinerator has been bombing communities near Bloemfontein with emergency bypass smoke for years reports All Africa, an african online news paper and agregator.

According to the report, the South African Human Rights Commission (SAHRC) investigated the facility after residents complained that relentless day and night black smoke has fowled the air and sent residents to local hospitals.

The facility in question is operated by EnviroServ, an African waste disposal giant that has been referred to as a “Goliath” to the community’s David. Like nearly every other medical waste disposal operation out there, when you look at its website, EnviroServ seems to be the upstanding green corporate citizen — when you look more deeply you find a poster-child for greenwashing.

Local resident Johan De Beer complained of “sinusitis, swollen glands in his neck and under his tongue, stuffy nose, burning sensation in his throat, blood coming out of his nose, burning eyes, bad bitter taste.”

Da Beer, who claims he has been hospitalized due to the facility’s nasty black-smoke episodes, said in another All Africa article by Dirk Lotriet, “At first I thought it was a futile battle, because EnviroServ is, as far as I know, Africa’s biggest waste handler. But I had two choices: to fight or to die.”

The antiquated technique of burning medical waste through a process of incineration is a crude, dangerous and frankly, deadly practice, resulting in constant escapes of highly carcinogenic and mutagenic substances into surrounding communities.

When residents describe “black billowing smoke” from an incinerator, what they are typically witnessing is what is known as “bypass conditions,” wherein the combustibles emanating from the incinerator are dumped to a short emergency bypass stack at full force. The bypass stack lacks any kind of emission controls or scrubbing technologies. The result is one of the deadliest brews imaginable.

“Dioxins are likely the most toxic manmade substance known, after plutonium,” is a quote taken from a speech by Dr. Brian Moench, Founder of the Utah Physicians for a Healthy Environment, on Utah’s Capitol Hill following major controversy after Stericycle‘s North Salt Lake City incinerator had bombed the community there with a couple of nasty bypasses.

When pointing the finger at dioxin, without question, medical waste incinerators are among the worst offenders. Since dioxin is a byproduct from burning medical plastics in the incineration process itself, all incinerators are perpetrators of the highly mutagenic poison — a toxin that’s half life in the body is between seven and 11 years.

If EnviroServ has indeed been bombing the town of Bloemfontein with black smoke as residents report, then there can be no question that the community is also being hit with large amounts of dioxin as well as radioactive elements. The question is: what kind of regulations are in place in the country of South Africa to deal with negligent dioxin bombers?

In the Stericycle case in North Salt Lake City, Utah, famed celebrity activist Erin Brockovich and her investigative unit got involved and paid for expensive dioxin testing to be conducted from the attic dust in several homes in close proximity to the incinerator. The results were a shock to many. In the home measured closest to the waste burner, dioxin levels from dust were measured at roughly 75 times acceptable levels — that’s nearly 17 times what would be considered “safe” even for industrial areas in America.

Safe is an oxymoronic term when talking about dioxin because it is well understood in epidemiology that there is no truly “safe” level of the poison that a person can be exposed to — even the smallest amount can twist genes and prove harmful.

Now residents in South Africa are watching closely to see if EnviroServ will put a lid on their smokey events. Citizens in the area were reportedly elated by the SAHRC announcement, and are looking forward to seeing justice. We at EnviroNews are unclear at this time exactly what that justice could look like or exactly how SAHRC might punish the company, although we are exploring the matter further. Stay tuned.