'The Climate Mobilization' Disrupt Trump on the Stump
Skip to content 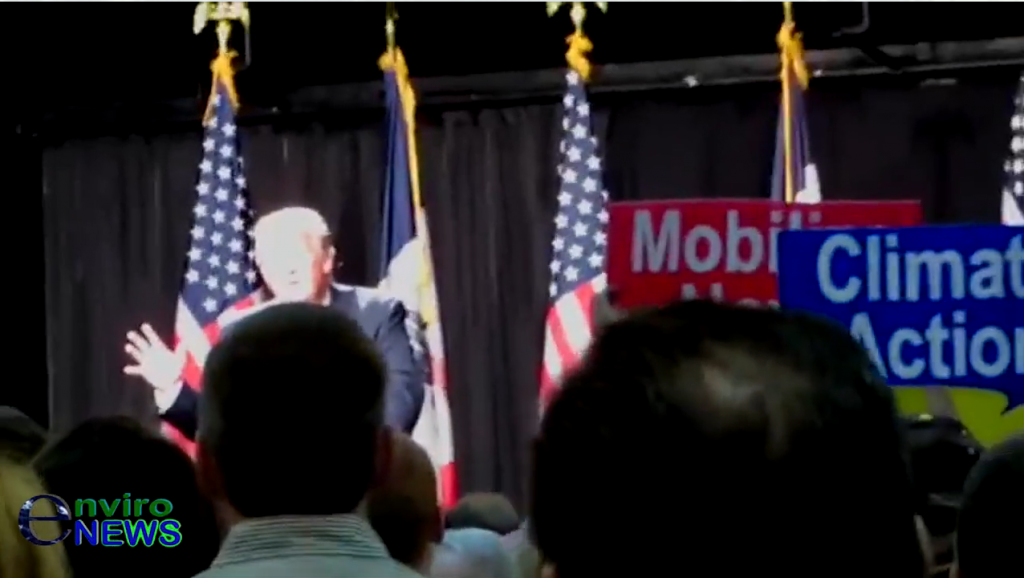 (EnviroNews World News) — Waterloo, Iowa — On October 8, 2015, a group of protestors, including senior citizens, from the group The Climate Mobilization, momentarily busted up a Donald Trump stump speech when they interrupted the presidential candidate with chants exclaiming, “climate action now.”

The Climate Mobilization is an Iowa-based 501-c4 political action organization committed to “protect[ing] civilization and the natural world from catastrophic climate disruption,” according to its website.

At first, Trump gave the rowdy protestors a supportive verbal thumbs-up — until he figured out they were talking about climate change. He then said, “I thought they were on our side.”

To Trump’s credit, he told a group of his supporters, who by this time were angry with the civilly disobedient group, “That’s alright. Don’t hurt them. Don’t hurt them. Non-violence. We want to be non-violent with those people. That’s ok.”

Unfortunately, it may have already been too late for that, as Miriam Kashia, an elderly woman in her seventies, reported she had been hit in her back by a man standing behind her — an action that would constitute assault by standard definitions. “A gentleman behind me pushed me very hard. It felt like he hit me and pushed me, and almost knocked me over — and knocked me into a couple people — our people, standing in front of me,” Kashia stated outside the event.

Before the incident, security forces had reportedly warned the group they would be “escorted out by police” if they disrupted the event.

Protestors said in a video released after the event that they left peacefully, and without the previously offered police escort — being insulted on their way out by some people, and thanked by others.

Considering the candidate’s response to the group today in Waterloo, it would appear that Trump considers people who believe in climate science to be not “on [his] side.”