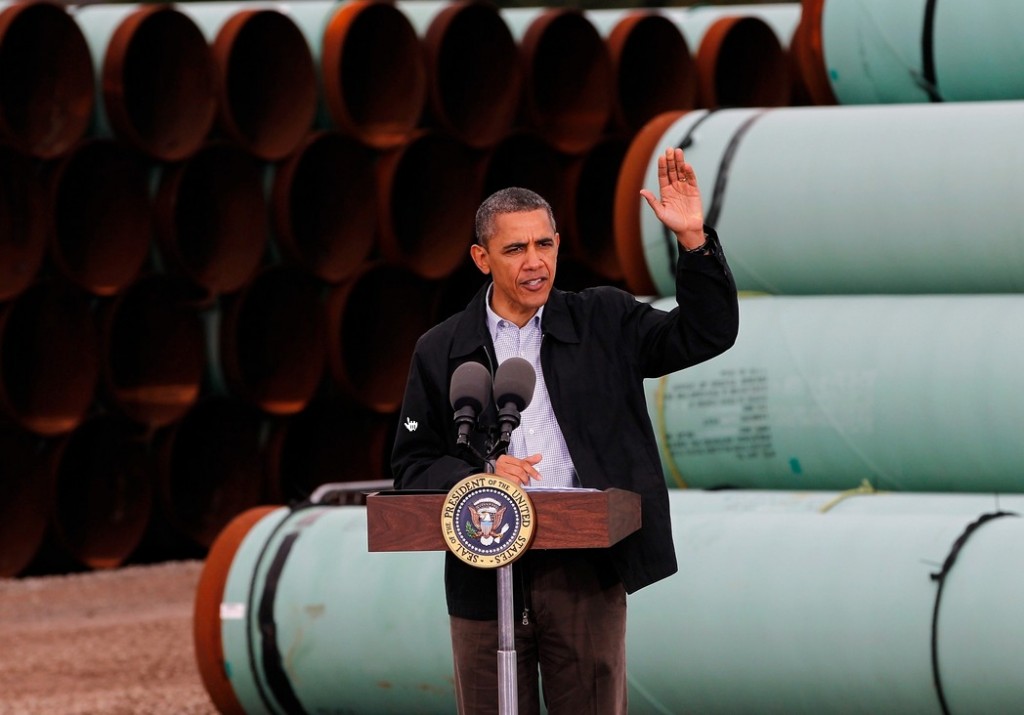 CNN reported Kerry’s decision was a move that spelled “almost certain death for the massive project” — but today, it would appear that might not be the case after all.

Obama made the Keystone announcement from the podium hand-in-hand with Secretary Kerry — creating what most people saw as a dead deal for TransCanada and an all-out victory for environmentalists — but apparently, the Canadian company just won’t give up, no matter what America has to say about it.

On Wednesday, January 6, 2016, TransCanada announced it would sue the Obama Administration on “grounds that the President violated his constitutional authority in denying the permit,” reported the Huffington Post.

Interestingly, the company says it will not seek damages with the Obama suit, rather, it hopes to accomplish a ruling that the President’s rejection was “without legal merit.”

TransCanada also says it plans to file a notice of intent to challenge the decision via the North American Free Trade Agreement (NAFTA), though the company will have to wait six months from the date of the Administration’s rejection to do so.

In that legal action, the company says it will seek $15 billion in damages for what it is referring to as an “arbitrary and unjustified” violation of NAFTA. Should TransCanada win damages in that suit, American taxpayers would be forced to foot the bill.

The company is claiming the Administration’s rejection cost it billions in investment dollars following the announcement — an interesting argument considering investments are speculative by their very nature.

Stay tuned to EnviroNews World News for updates on the legal proceedings in this case.