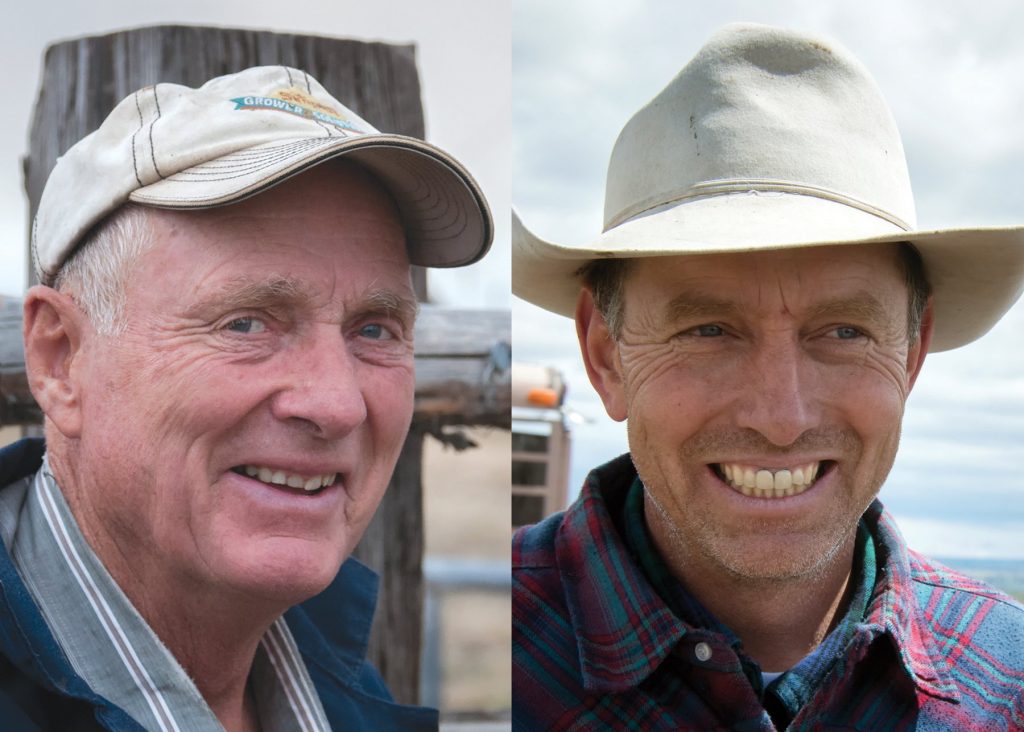 (EnviroNews Oregon) — On Dec. 31, 2020, in the waning hours of the working day just before the new year, the Bureau of Land Management (BLM) issued its decision to grant “all available forage in the Bridge Creek area grazing allotments” to Hammond Ranches, Inc. (HRI) owned by Steven and Dwight Hammond.

The Hammonds were convicted of arson in 2012 after setting fire to 140 acres of rangeland in 2001. Steven Hammond was also convicted of arson for a blaze he started in 2006. A legal ruling that required them to finish serving the mandatory minimum of five years for arson sparked a 41-day standoff led by Ammon and Ryan Bundy against the federal government in the Malheur National Wildlife Refuge.

The current BLM proposal is based, in part, on HRI’s “past proper use of rangeland resources.” Conservationists oppose the decision.

“The problem is that the finding is false, and it’s counter to what is known based on the BLM’s own records,” Erik Molvar, Executive Director of the Western Watersheds Project, told Oregon Public Broadcasting. “Not only did Hammond Ranches Inc. violate the terms of their grazing permits, they did so in such a flagrant way that the principals went to prison.”

This isn’t the first time the BLM has attempted to grant the Hammonds grazing permits in a new year.

“It’s reminiscent of Secretary Ryan Zinke’s decision to give the Hammonds permits on his very last day in office on January 2, 2019,” said Sarah McMillan, Conservation Director for WildEarth Guardians, in a press release. “That decision was unlawful and rightly overturned by the courts. With one foot out the door, the Trump Administration is trying, again, to allow these bad-actor permittees to run roughshod over public lands.”

The father and son maintained they set the fire in 2001 to kill invasive plants; the prosecution said they did it to cover up their illegal slaughter of a herd of deer. One witness at the trial upheld the prosecution’s accusation saying Steven handed out matches after his hunting party illegally killed deer on BLM property. As he gave them out, he instructed his people to “light up the whole country.”

The trial judge sentenced Dwight to three months in prison; Steven was sentenced to a year. The U.S. Department of Justice (DOJ) appealed the sentencing because it did not reach the mandatory minimum. It won the case and tried to reincarcerate the Hammonds, which incited a 41-day standoff in Malheur National Wildlife Refuge in Oregon, where the Bundy brothers, sons of Nevada-based scofflaw Cliven Bundy, led a revolt of right-wing extremists that ended in the death of one of their own. As reported by EnviroNews, Cliven Bundy is no stranger to ignoring the rule of law; he has avoided paying the BLM for grazing his cattle on federal lands since 1993.

President Trump pardoned the two criminals in 2018, and the BLM granted them a 10-year grazing permit in 2019. That decision was overturned in court. The current decision is open to protests until Jan. 15, 2021, when it will likely be approved by the outgoing administration.

According to the proposed decision’s filing:

Any applicant, permittee, lessee or other interested public may protest the proposed decision under 43 CFR 4160.1 and 4160.2, in person or in writing within 15 days after receipt of such decision to:

Additionally, protests may be submitted by email to [email protected] Protests must be filed before Jan. 15, 2021.

The Hammonds are the most recent in a long line of crooked criminals recently pardoned or aided by Trump. That list includes: