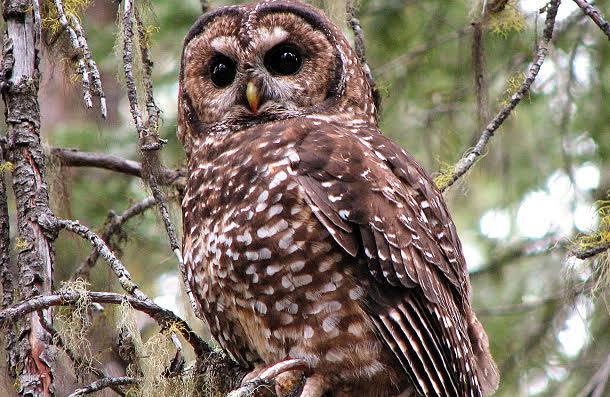 (EnviroNews Oregon) — Toward the end of Donald Trump’s first (and last) term, his administration made a handful of monumental slashes to the Endangered Species Act, removing several fundamental underpinnings of the 50-year-old, overwhelmingly popular, bedrock legislation. As reported by EnviroNews, one of those rollbacks allowed economic concerns from corporations to be factored into the process of listing/delisting species. Congress expressly forbade that in 1982, in a move to protect the integrity of the process from political and special interest meddling, and to assure that only the best available science and trade policy would guide the Interior Department in its listing decisions. On Jan. 13, 2021, the iconic and politically fraught northern spotted owl (Strix occidentalis caurina) became the first victim of the rule change when it was effectively stripped of just under 3.5 million acres of habitat in Oregon, Washington and California.

In the first decision handed down considering economics as a part of the Endangered Species Act (ESA), the U.S. Fish and Wildlife Service (USFWS) has removed more than a third of the northern spotted owl’s previously protected critical habitat. The USFWS says “the Secretary has not concluded that these exclusions will result in the extinction of the species” — a statement not very reassuring to conservationists and wildlife advocates.

In 2012, the USFWS did a study on the designation of critical habitat for the owl and decided at the time that the benefits of protecting that habitat outweighed the costs. Relying on that same study, the agency has now reversed its decision. With no change in the objective data, the USFWS now believes protecting the habitat is more costly than the benefits justify.

“Even in its final week, the Trump Administration is continuing its cruel, reckless attacks on wildlife at a breakneck pace,” said Noah Greenwald, Endangered Species Director at the Center for Biological Diversity (the Center), in a press release. “This revision guts protected habitat for the northern spotted owl by more than a third. It’s Trump’s latest parting gift to the timber industry and another blow to a species that needs all the protections it can get to fully recover.” 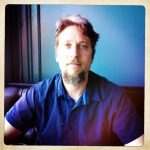 Another late-term Trump rule-change defined the word “habitat” for the very first time under the Act. In doing so, USFWS effectively redefined the term “critical habitat” to mean only those places where a population of animals is currently found — a big problem say environmentalists who point to the reality that degraded areas often need to be reclaimed before they can support wildlife. Greenwald had originally thought the spotted owl would’ve been the test-case for this rule-change, but told EnviroNews in an email that that wasn’t the case. “This ended up being more of a test of the rule on 4(b)2 exclusions related to economic cost consideration,” he said.

The northern spotted owl has inspired contentious conflict in the western states for decades. As habitat, the bird requires old growth forests that include dead trees, snags, and abundant logs with multi-layered canopies. Forests do not gain these attributes until they are between 150 and 200 years old. The USFWS says that the owl population is on the decline at the rate of between 1.2 and 8.4 percent per year depending on location, and that the reasons for the decline include habitat quantity and quality, weather patterns, and competition from barred owls (Strix varia) – an invasive species in the West. As reported by EnviroNews, anticoagulant rodenticides, used by agricultural operations to poison mice and rats, have dealt another blow to spotted owl populations, and climate-driven wildfires haven’t helped either. 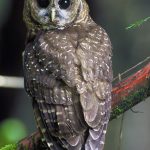 “Excluding millions of acres of federal land will do little to help rural communities in Oregon, but it’ll be another nail in the coffin for the spotted owl,” said Greenwald in a press release. “Instead of trying to prop up a declining timber industry, we should be doing more to restore forests to save our climate and avoid the extinction crisis. There’s so much work to do in the woods, and much of it is a lot better for the environment than logging.”

The USFWS recognized that changing the ESA listing for the northern spotted owl from threatened to endangered was warranted on Dec. 15, 2020. However, the new listing was “precluded by higher priority actions to amend the Lists of Endangered and Threatened Wildlife and Plants.”

(EnviroNews DC News Bureau) – Washington D.C. – A rule finalized on Dec. 17, 2020, by the U.S. Fish and Wildlife Service (USFWS/the Service) will require the agency to consider the economic impacts when designating an area as critical habitat under the Endangered Species Act (ESA/the Act) – something…

(EnviroNews DC News Bureau) – In what prominent conservation group WildEarth Guardians (Guardians) is calling “death by a thousand cuts,” the Trump Administration is at it again, with another proposed change that would weaken the overwhelmingly popular Endangered Species Act (ESA/the Act). This go-round features an attempt to…