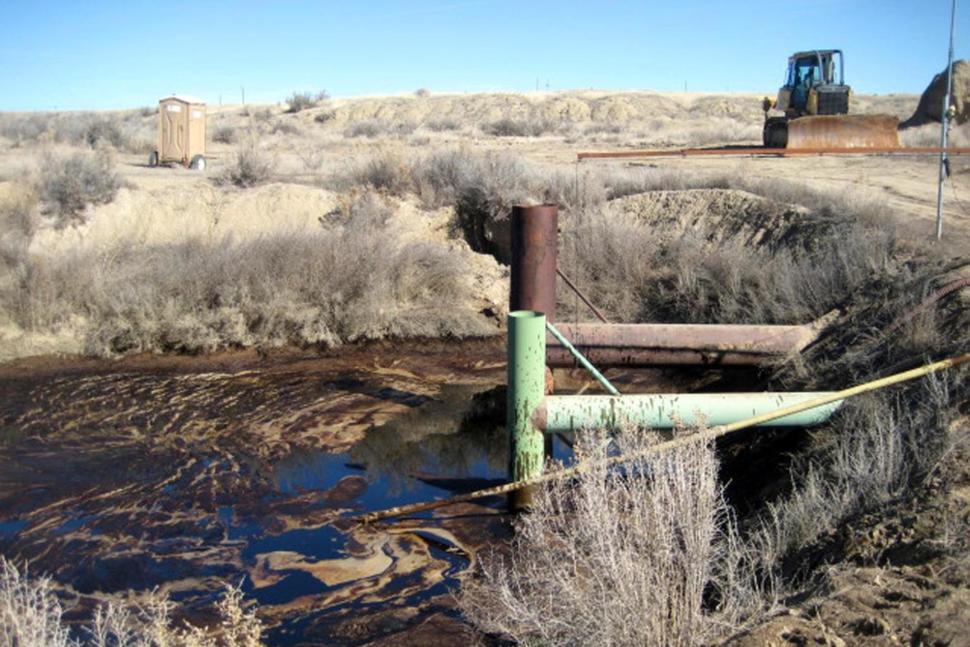 (EnviroNews USA Headline News Desk) — Rangely, Colorado — Chevron Company dumped an estimated 4,800 gallons of light crude from an oil pipeline into an unnamed tributary of Stinking Water Creek near Rangely Colorado. A breach in the six-inch oil pipeline was first noticed by a company consultant on March 5, 2017, the Environmental Protection Agency (EPA) said.

The spill occurred on Bureau of Land Management (BLM) land and sent oil sailing downstream for about two miles, killing at least two ducks, two small birds and several mice along the way, according to the Associated Press.

“The U.S. Fish and Wildlife Service has been notified,” said Erika Connor, a Chevron spokeswoman, to The Daily Sentinel. “We regret the impact the release has had on the affected animals and are working diligently to avoid any additional impacts to wildlife.”

The Associated Press also reported that the spilt petroleum was stopped at a dam setup downstream by Chevron to safeguard against an event like this one. It is unknown to EnviroNews at this hour if any oil escaped the confines of the preventive dam and flowed further downstream toward Stinking Water Creek.

Dennis Webb of The Daily Sentinel wrote, “Richard Mylott, a spokesman for the Environmental Protection Agency, said that Chevron ‘had previously installed berms and siphon dams in the unnamed draw as a prevention/preparedness measure for any spills.’”

Cleanup operations are reportedly underway, as well as an investigation into the cause of the failure, according to Connor. Colorado Department of Natural Resources spokesman Todd Hartman said they are also analyzing the damaged section of pipeline in an effort to determine the cause of the blowout.

The accident comes on the heels of a recent Center for Western Priorities report that demonstrates Chevron was responsible for 31 spills in Colorado last year, distinguishing them as the fourth guiltiest oil and gas spiller in the state.

The same report also demonstrates that oil spills in Colorado have declined over the past few years as drilling has slowed down across the board. Last year, Colorado’s environment suffered 509 reported oil and gas spills, down from 615 in 2015 and 712 the year before, indicating that if oil drilling increases, so will the number of oil spills. 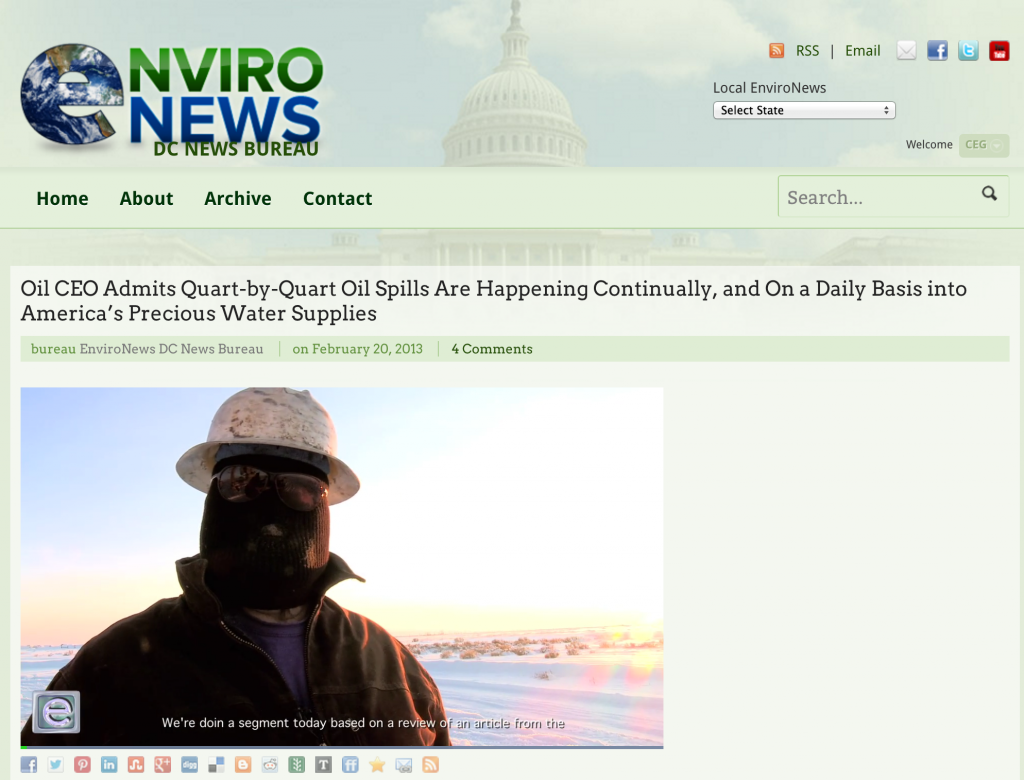 (EnviroNews World News) – Nazareth, Peru – Two large oil pipeline spills have been reported in Peru near the boarder of Ecuador since late January of 2016. Viscous black crude has made its way into the headwaters of the mighty Amazon River, and more threatens to do so…

This entry is part 4 of 10 in the series Top 10 California Disasters While our own EnviroNews USA Editor-in-Chief, in an off-the-cuff interview with Erin Brockovich, referred to the little-known and largely forgotten Lakeview Gusher Number One as probably the third or fourth largest oil spill in…