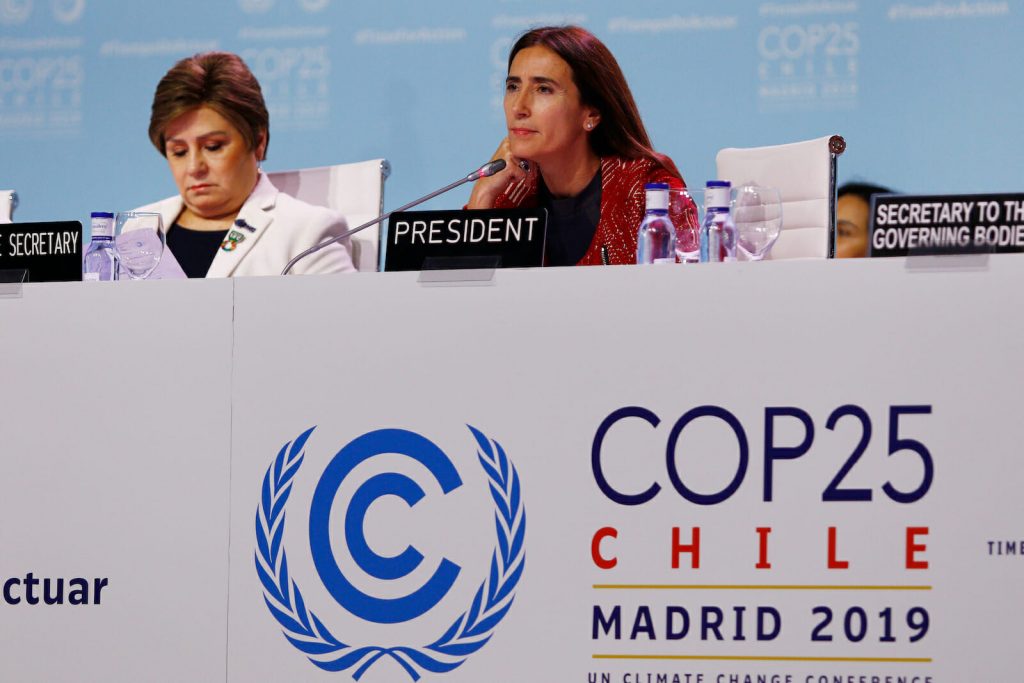 (EnviroNews World News) — Madrid, Spain — The United Nations (UN) Climate Change Conference of the Parties (COP25) failed to reach any significant agreements in Madrid despite an additional two days being added to the meeting. Held from Dec. 2 through 13, the meeting brought together 195 countries to discuss global warming in an effort to reach an agreement regarding what nations can, and should do about the crisis – a human-caused event that scientists are calling a fast unfurling catastrophe. Instead, negotiations on Article 6 of the Paris Agreement reached a stalemate. Article 6 addresses the regulations needed for international emissions trading and was the primary focus of COP25.

Chile, the organizing country, places the blame at the feet of the world’s biggest polluters, though officials refused to call out the culprits by name. Greenpeace’s East Asia division, however, didn’t balk at laying the blame on America’s doorstep – and specifically, on the White House. In a press release, Greenpeace’s Senior Global Policy Advisor Li Shuo, wrote:

The US, China, EU climate tricycle has had a wheel pulled off by Trump. Going into 2020, it is critical for the remaining two wheels to roll in sync. The decision taken by the Chinese leaders over the next year is not only critical for rescuing Beijing’s climate reputation, but matters to how the world perceives China under increasingly turbulent geopolitics.

According to the CBC, Greenpeace International called into account Chile’s leadership ability and referred to the delegation as “irresponsibly weak.” Chile stepped up to host the conference after Brazil’s right-wing government abandoned its post.

Brazil, an important part of climate talks because of the Amazon Rainforest located within the country, had agreed to host the 2019 conference but reversed its decision in November 2018 one month after climate sceptic Jair Bolsonaro was elected president. According to O Globo News, Brazil announced its about-face in a message to Executive Secretary of the UN Convention on Climate Change, Patrícia Espinosa.

Chile has problems of its own and originally canceled COP25 in Oct. 2019 due to civil unrest. Spain stepped in and offered up Madrid for the location, while Chile maintained the COP25 presidency.

“You have to convince 195 countries, and so if just one opposes, there is no agreement,” Chilean President Sebastien Pinera said in comments to local media. When it comes to rules governing carbon markets, he said, “The four big countries didn’t accept the proposals.”

There was a small victory in the form of a resolution to be more ambitious about cutting greenhouse gases. The text was approved at the last minute during the extension. However, any real decisions about how to do that have been postponed until the COP26 in Glasgow in 2020.

Under President Donald Trump’s direction, the U.S. stated its intent to exit from the Paris Agreement before COP25 with an effective withdrawal date of November 4, 2020, but America was still a part of this climate change conference. Marcia Bernicat, Principal Deputy Assistant Secretary of the Bureau of Oceans and International, Environmental and Scientific Affairs, said the U.S. would continue to “lead by example and extend a steady hand to our friends around the globe.”