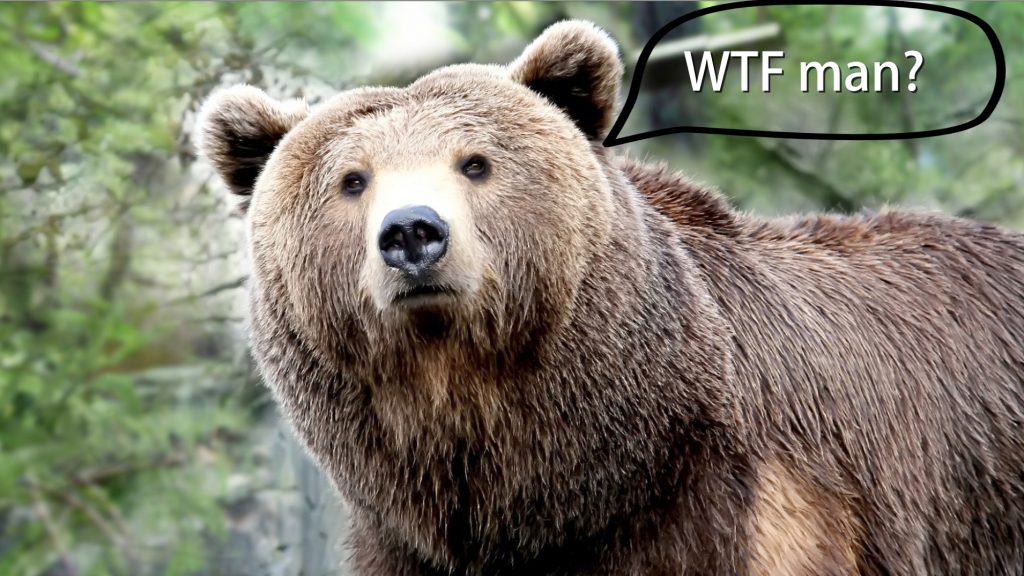 (EnviroNews Idaho) — Boise, Idaho — On March 22, 2018, Idaho’s Fish and Game Commission voted unanimously to direct the Department of Fish and Game (IDFG) to collect comments on a proposed grizzly bear hunting season. Idaho would allow all hunters together to shoot a grand total of one (1) male grizzly bear (yes, you did read that right), but plans to make grizzly season official are moving forward nonetheless.

Where and when people will be able to comment on the proposed hunting season has yet to be announced. Once comments are received, the IDFG is expected to use them in formulating a hunting plan for the Commission to consider.

“Idaho’s plan to open a grizzly bear hunting season is extremely reckless and dangerous,” Kelly Nokes, a staff attorney with WildEarth Guardians (Guardians), told EnviroNews. “Aside from the fact that Idaho will almost certainly violate its prior commitments under the delisting rule by opening an entire trophy hunting season for only one male grizzly bear, the State is blatantly disregarding the important role its remote wild landscapes play in fostering necessary connectivity amongst isolated grizzly bear populations.”

This hunt, and the one scheduled in Wyoming, would be the first such events in the lower-48 states since 1975 when grizzlies in the Greater Yellowstone Ecosystem (GYE) were protected under the Endangered Species Act (ESA). Last year, on the recommendation of the Obama Administration in 2016, the grizzly was removed from the list of protected animals, allowing states to manage the populations themselves.

“It’s disappointing that another state is moving in the direction of hunting grizzly bears,” Andrea Santarsiere, Senior Attorney with the Center for Biological Diversity (the Center), told the AP. She also questioned the ability of hunters in Idaho to hunt just one male bear and not shoot any females.

The Center is one of the plaintiffs in a lawsuit filed by wildlife advocates and Native Americans in an effort to restore protections for grizzlies under the ESA. According to The Missoulan, U.S. District Judge Dana Christensen in Missoula has “denied the federal government’s request to delay proceedings in six lawsuits” and “rejected requests by three different [environmental] groups to decide the case based on technicalities” in an effort to speed up the judicial process before the Idaho and Wyoming hunting seasons start. Judge Christensen has asked that arguments be reduced to a single set of briefs for a hearing in August.

“I don’t think we always make our best decisions, our best briefs or our best arguments in the context of emergency injunctive relief motions,” U.S. District Judge Dana Christensen said in Missoula on March 13, 2018. “It’s not efficient to deal with issues of this importance in the context of restraining orders.”

Using a formula based on a state’s terrain in the Demographic Monitoring Area (DMA) around Yellowstone National Park, and the mortality rates of grizzly bears, Montana, which is not looking to open a grizzly hunting season could allow six males to be killed, while Wyoming has opened up the opportunity to shoot 24 grizzlies (10 male bears and 2 females within the DMA and 12 outside the DMA). Toby Boudreau, Assistant Wildlife Chief for the IDFG, said Idaho wasn’t looking at hunting in the area outside the DMA this year. About 700 grizzlies live in Yellowstone and the DMA.

Boudreau also told the AP most hunters would prefer to hunt male bears, but the inadvertent killing of a female bear in the DMA would be subtracted from next year’s planned hunts in Wyoming and Idaho. Multiple killings may lead to the end of hunting seasons altogether.

“This irresponsible hunt will all but prohibit grizzly bears from reclaiming key historic habitats, such as in the Bitterroot Ecosystem. Such careless action provides a concrete example of why federal protections are so critically important for this still struggling iconic species,” Nokes concluded to EnviroNews.

As a subspecies of the brown bear, the grizzly (Ursus arctos horribilis) is not considered threatened or endangered internationally because of the large numbers of bears in Alaska and other areas. According to National Geographic, grizzlies can live up to 25 years in the wild, reach about 8 feet (2.5 m) in length and weigh up to 800 pounds (363 kg).