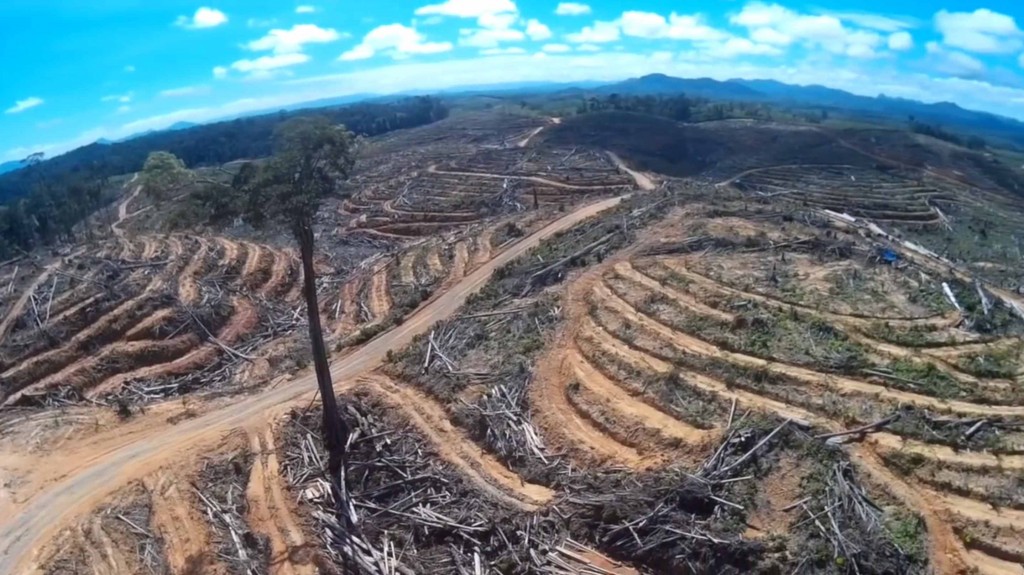 (EnviroNews World News) — On April 25, 2015 drone footage surfaced from Indonesia that displayed the scope of deforestation for palm oil in the country.

The description in Cushing’s channel alleges, “Astra is owned by the Jardine Matheson conglomerate, parent company of the luxurious Mandarin Oriental Hotels. Mandarin’s chairman Ben Keswick is also the Managing Director of Jardines and commissioner of Astra Agro Lestari.”

Harrison Ford helped put the issues surrounding deforestation in Indonesia on the map with his dramatic celebrity-style journalism in Showtime’s Years of Living Dangerously. The episode focused on Indonesia’s problem as Ford aggressively pinned down Indonesian politicians regarding their complacency, or participation with the environmental tree pillaging scams.

With myriad new transnational companies now signing onto deforestation pledges including even McDonalds as of late, people are wondering just when or IF Indonesia will catch up with world trends and stop hacking down carbon-sequestering trees and wildlife species at such a baffling pace.