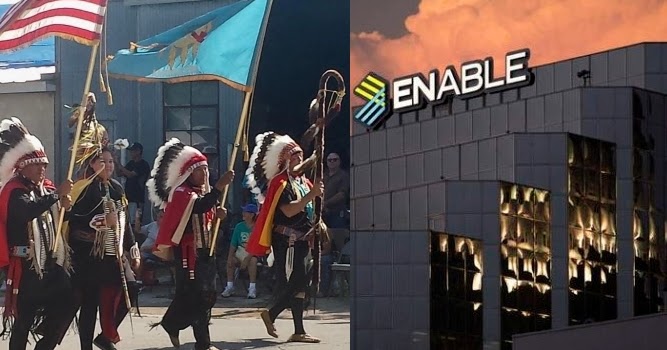 (EnviroNews USA Headline News Desk) — Cado County, Oklahoma — On March 28, 2017, a federal judge in the U.S. District Court for the Western District of Oklahoma ordered the natural gas pipeline company Enable Midstream Partners (Enable) to remove a pipeline running through tribal lands. The land in Caddo County is held in trust by the federal government for members of the Kiowa, Comanche, Apache, Caddo and Cherokee tribes.

In Davilla v. Enable Midstream Partners, L.P., U.S. District Judge Vicki Miles-LaGrange ruled in favor of Marcia W. Davilla and other tribal members, finding that a current right-of-way had not been granted to Enable. The plaintiffs hold varying interests in the contested land, between nine-tenths of a percent to 30 percent, according to Indian Country Today Media Network.

Enable’s predecessor, Producer’s Gas Company, held an easement from the Bureau of Indian Affairs (BIA) for the natural gas project between 1980 and 2000. In 2002, a right-of-way offer from the company, which had changed its name to Enogex, to the BIA and plaintiffs was rejected by most of the landowners. In 2008, the BIA accepted the easement application but in 2010, the plaintiffs appealed. The BIA in turn vacated the decision, reversing it and making it legally void, while remanding the case for further negotiation.

Nevertheless, the pipeline has continued to operate without an easement, and in 2015, the tribal landowners filed a trespassing violation and sought a permanent injunction against Enable. Enable currently claims to have right-of-way based on the written consents of five landowner tenants, who own less than 10 percent of the tract.

While, under Oklahoma law, the five written consents could renew the easement, the judge found this law to be in opposition to federal statutes, which require a majority of landowners on tribal land to give their consent for a right-of-way, Law360 explained. Hence, the judge issued a permanent injunction against the company.

The plaintiffs’ lawyer David Smith told Indian Country Today Media Network this situation is becoming increasingly more common on Native land; “we see them all the time – there are easements to which landowners have never been paid [and] which have simply expired and the BIA simply has no records of them or taken any action to enforce the trespass.” He predicts similar lawsuits will arise soon throughout Native American country.