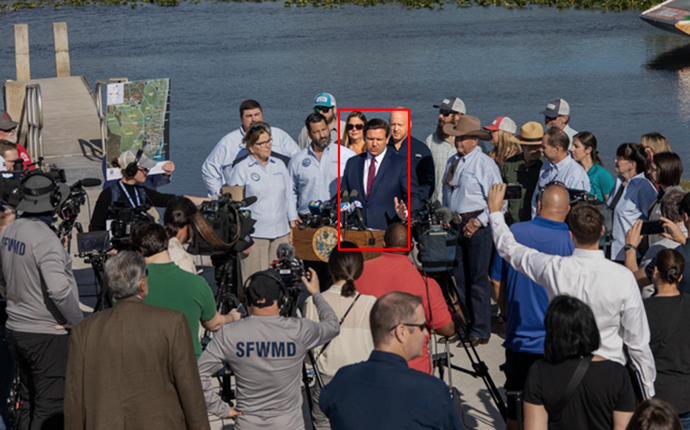 (EnviroNews USA Headline News Desk) — Tallahassee, Florida — Republican Governor Ron Desantis of Florida made a move to protect the Everglades from oil production. On Jan. 15, 2020, he announced the largest purchase of wetlands in a decade as the state of Florida will spend between $16 and $18 million to buy 20,000 acres of land from the Kanter family. Desantis said the deal “would permanently save the land from oil production.”

The area designated for oil exploration is home to over 60 endangered species including the wood stork (Mycteria americana). Its proximity to the Alley North wading bird super-colony was an additional cause of concern for many environmental groups. As one of the last remaining super-colonies in Florida, it is named for its location in Alligator Alley and harbors some 10,000 nesting birds annually, including white ibises (Eudocimus albus), great blue herons (Ardea herodias), snowy egrets (Egretta thula), and several other species.

The purchase price is $16.5 million if the state buys before June 30. After that, it would increase to $18 million. Chauncey Goss, head of the South Florida Water Management District (SFWMD), doesn’t think it will be a problem to get the money, though his board hasn’t met officially since the agreement was signed. Either the Florida Department of Environmental Protection (FDEP), which is the lead organization in the purchase negotiation, or the SFWMD could ultimately make the acquisition.

“There’s buckets [of money] for Everglades restoration everywhere,” Goss told the Miami Herald. “It’s just a matter of who has it at what time.”

The Kanter family, who made most of their money on real estate, won the right in court to drill for oil on the land in 2019. 72 environmental groups and municipalities signed a letter to help convince Desantis to buy the land instead. The agreement was reached on Jan. 13, 2020 and allows the Kanter brothers to continue to use a hunting camp on the property for free until their deaths. The Kanter family has owned the land for over 50 years. John’s father, Joseph, purchased it with an intent to build a new city. That dream never came to fruition.

“It’s a very unique piece of property with incredible natural resources on it. We’re happy to know it’s going to be protected and kept in pristine condition for future generations,” John Kanter, president of Kanter Real Estate, LLC, told the Miami Herald. “The family wants to thank the DEP [secretary] and the Governor for stepping in and taking a leadership role in creating a situation that’s a win-win for everyone.”

Environmental groups lauded the announcement as well. “We hope today’s announcement will be the beginning of meaningful action to acquire all the lands needed to restore and protect the Everglades,” the Sierra Club wrote in a statement. “We also urge the Governor to take the next steps in addressing the causes of climate change that threaten the very existence of the Everglades.”

The family filed for a permit to drill exploratory wildcat wells in 2015. The FDEP denied the permit, but the Florida Court of Appeals reversed the decision. There is no Florida state law on the books that restricts oil drilling in the Everglades. Expert witness testimony guessed the likelihood of oil on the property at 23 percent, according to the Miami Herald, with a projected value of between 180,000 and 10 million barrels factored at $50 a barrel.

Matthew Schwartz, Executive Director of the South Florida Wildlands Association, was concerned with the area’s nearness to the Biscayne Aquifer, which is the sole source of the drinking water for Broward and Miami-Dade counties. Schwartz and his organization fought the Kanters in the case, but the Kanters eventually won.

“Drilling is messy stuff. It’s not like drilling a hole in a piece of wood,” Schwartz told the Miami Herald. “There were all kinds of opportunities for this to go wrong.”

The move has been one of a number of surprises from Desantis who Phys.org says is “a Trump ally who had run his campaign largely from the studios of Fox News.” He has installed a pro-environment board at SFWMD, established a task force to address toxic algae, increased funding for Everglades restoration, and devoted more resources to addressing climate change. He has also emphasized science and appointed a University of Florida researcher as the state’s first chief science officer. With this acquisition added to the land already publicly owned in Broward County’s Water Conservation District Area Three, nearly 600,000 acres of wetlands will be protected.