It's Official: Tigers Now Extinct in Cambodia As Groups Scramble to Reintroduce The Species - EnviroNews | The Environmental News Specialists
Skip to content 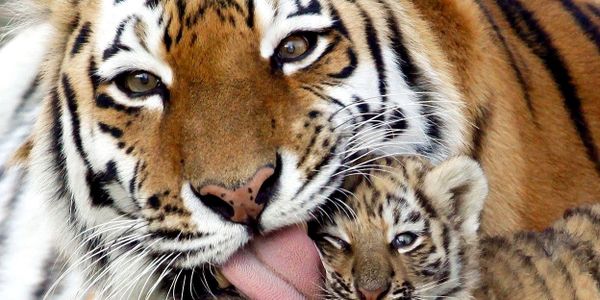 (EnviroNews World News) — Well, humans have done it again. That is, successfully wiped another species clean from its home in the wild. That was the news handed down to the public on April 6, 2016, concerning the fate of the Indochinese tiger in Cambodia.

The country had once provided a perfect home for thousands of the big cats, but as for now, the iconic creature is “functionally extinct,” according to a coalition of conservation groups. The last sighting occurred in 2007 by means of a camera trap set in Mondulkiri Province.

“Today, there are no longer any breeding populations of tigers left in Cambodia, and they are therefore considered functionally extinct,” said the World Wildlife Fund (WWF) in a statement. WWF, in tandem with the government and other NGOs, is now working vigorously to reintroduce what was once Cambodia’s largest predator back into the wild.

A plan was already approved last month by the government for reintroduction. That framework centers on strong laws and increased policing against poachers, while adding conservation policies to protect the tiger’s prey and habitat. Once put into action, the strategy will introduce multiple captive specimens into the wild in the Mondulkiri Protected Forest on the country’s eastern boarder.

“We want two male tigers and five to six females tigers for the start,” Keo Omaliss, Director of the Department of Wildlife and Biodiversity at the Forestry Administration, said in a press conference. “This is a huge task.”


Omaliss said the plan will be expensive for the country to execute, projecting a cost of $20-50 million USD. The conservation groups working on the issue cheered the government’s new tiger policy.

“[The tiger has] been hunted to extinction because of weak law enforcement and the government is now reacting,” said Suwanna Gauntlett, of Wildlife Alliance — another one of the NGO groups fighting on the issue.

In 2010, at what was coined the “Global Tiger Summit,” an alliance of 13 countries harboring the Indochinese tiger, rolled out a plan to double the world’s population by 2022. Those tiger-containing countries include: Bangladesh, Bhutan, China, Cambodia, India, Indonesia, Laos, Malaysia, Myanmar, Nepal, Russia, Thailand and Vietnam.


The iconic cat is facing extinction on a planetary scale, and is also in serious trouble in China, Laos, Myanmar and Vietnam, with only a few hundred animals remaining across those countries. It is also suspected that the creature may be fully extinct in Laos as well, with research ongoing. Thailand harbors nearly half the world’s remaining population in its Western Forest Complex.

The global population of Panthera tigris corbetti now hangs by a string, with the International Union for Conservation of Nature (IUCN) calculating a meager 2,154 remain in all. People the world over are now hoping plans like Cambodia’s, and the one rolled out at the 2010 “Global Tiger Summit,” will be enough to stabilize this priceless species, before it’s too late.

MORE ON TIGERS FROM ENVIRONEWS

(EnviroNews World News) – Mukomuko, Bengkulu – Sumatra, Indonesia – It has been reported from the ground that two Sumatran tiger poachers were taken down by local police in a sting operation in the southwestern provence of Bengkulu, Sumatra, on January 8, 2016. The two men accused…