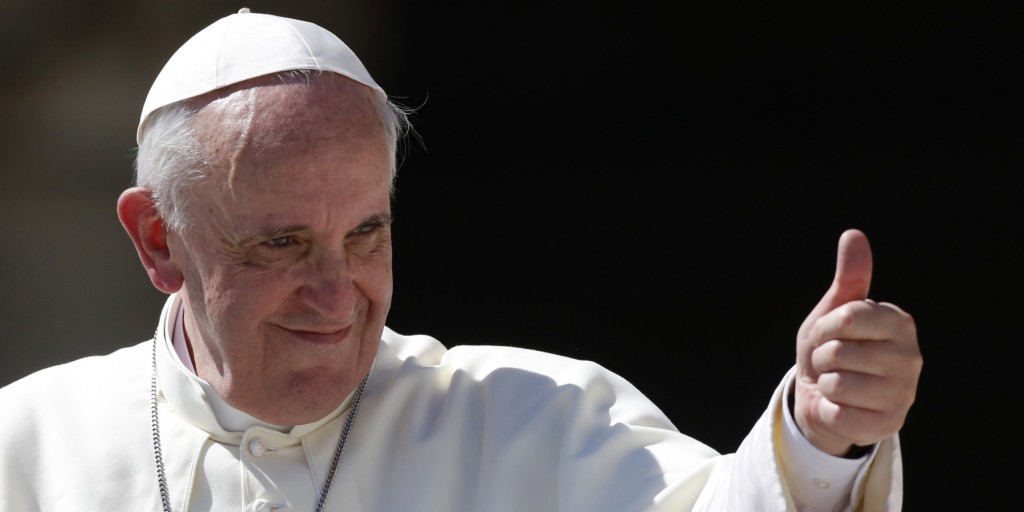 That’s what happened to myriad genres of viewers, both catholic and otherwise, follow Gutfeld’s comments in a roundtable on the talk-show The Five.

In June of 2015, Pope Francis took the world, and the media by storm with the publishing of his monumental and surely historic encyclical Laudato Si’ wherein he threw down the gauntlet to world leaders and carbon polluters by strongly embracing the position that climate change is indeed real, happening, urgent and anthropogenic, or man-caused.

Following and initial leak of the Pope’s letter, here’s what Gutfled said on The Five:

The most dangerous person on the planet is somebody who’s seeking strange new respect from their adversaries — and that is what the Pope is doing — he doesn’t want to be your grandfather’s pope, he wants to be a modern pope. All he needs is dreadlocks and a dog with a bandana and he could be on Occupy Wall Street.

It is a sad day in America when the FCC will allow hosts on the country’s most watched “news” channel to spout off with such completely divisive, unprofessional, non-journalistic and offensive remarks — but that is apparently the state of affairs in 2015 in the television “news” world.

Gutfeld also commented on the pontiff’s alleged “Marxist” background, and accused him of practicing Malthusianism — a philosophy derived from the works of Reverend Thomas Robert Malthus who in his paper An Essay on the Principle of Population in 1798, declared that without “moral restraint” the human population would overrun its environment and food supply — leading to wars, famine and widespread suffering in what is explained as a “Malthusian Catastrophe.”

Pope Francis also used his 180-plus-page document to all bishops of the church to offer up strong words of wisdom and encouragement to the faithful — urging them to be good stewards of the earth, conserve, and to start taking better care of the land, water and air.

Considering the rapidly unfolding climate, environmental, endangered species, deforestation and ocean acidification debacles, amongst others, being reported on and scientifically validated worldwide, is the Pope’s new position really so radical that he should be called “the most dangerous person on the planet?” Really?

The statements by Gutfeld seem pretty out there even by Fox standards, but you can be the judge of that in the comments below.