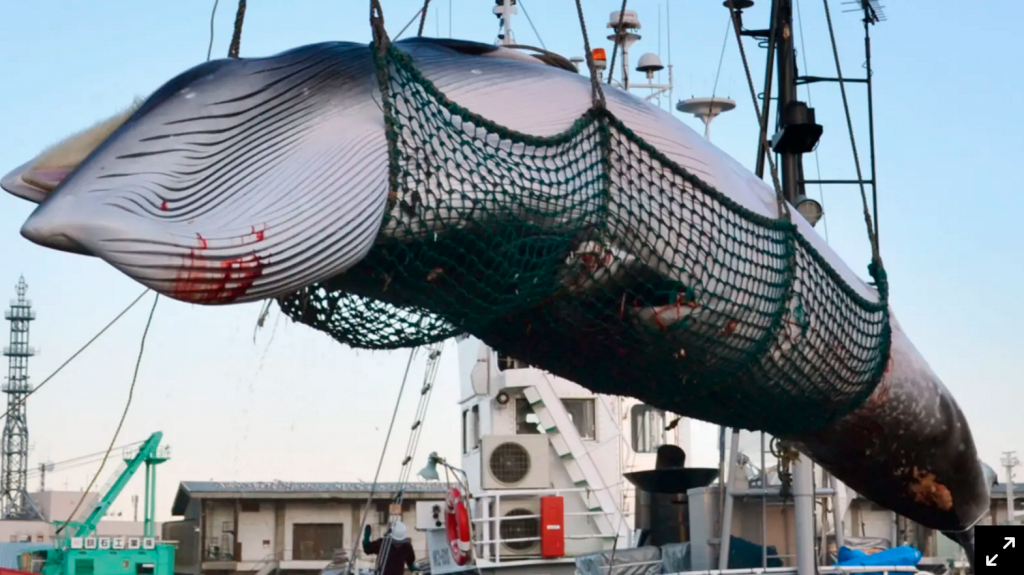 (EnviroNews World News) — After a 30-year hiatus, Japan intends to allow businesses to resume commercial whale hunting in July 2019. According to NPR’s Anthony Kuhn, Japan is also justifying the country’s withdrawal from the International Whaling Commission (IWC), which banned commercial whaling in the 1980s, stating that it has a long tradition of whale hunting. But according to Kuhn, the typical Japanese diet today contains little to no whale meat.

“Japan will conduct commercial whaling within Japan’s territorial sea and its exclusive economic zone,” said Japanese Chief Cabinet Secretary Yoshihide Suga. July 1, 2019, the date when the withdrawal becomes official, is also the day when commercial whaling activities are set to commence. Suga chastised the IWC, saying it is committed to maintaining bans on whaling rather than looking at research that shows certain whale populations are abundant. Suga said the Commission unfairly regulates the practice based on those numbers.

Not only have environmental organizations questioned the actual wisdom behind Japan’s decision to withdraw from the IWC, they have also questioned the timing of the announcement. Greenpeace Japan, in particular, issued a strong accusation.

“It’s clear that the government is trying to sneak in this announcement at the end of year away from the spotlight of international media, but the world sees this for what it is,” said Sam Annesley, Greenpeace Japan’s Executive Director, in a statement. “The declaration today is out of step with the international community, let alone the protection needed to safeguard the future of our oceans and these majestic creatures.”

Japan’s withdrawal from the IWC carries with it serious concerns as the country will no longer be bound to abide by any whaling agreements.

“It will be operating completely outside the bounds of international law and pursuing the path of a pirate whaling nation with a troubling disregard for international rule,” said Kitty Block, President of Humane Society International (HSI), in a press release. “We’re going to continue to press the international community to bring an end to the unjustified persecution of whales for commercial profit wherever it occurs.”

The news wouldn’t appear to be all bad. Japan’s so-called “research” vessels in the Antarctic Ocean will no longer conduct whale hunts. NPR’s Bill Chappell reports that in the last two years, the whaling fleet had killed more than 650 whales. According to the International Fund for Animal Welfare (IFAW), the meat from the slaughtered whales, who were “killed for science,” ended up being sold in markets or given to schools and hospitals in a marketing effort aimed at increasing whale meat consumption. 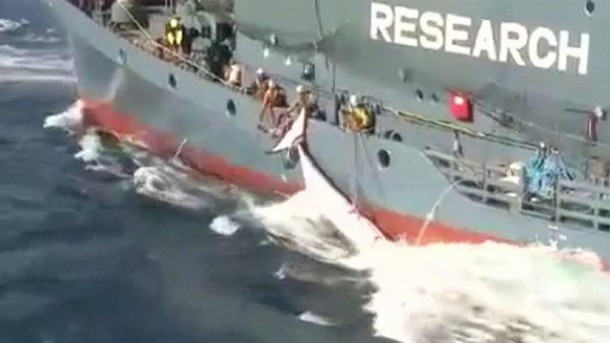 However, the announcement to stop research-related hunting complies with a 2014 International Court of Justice (ICJ) ruling requiring Japan to stop issuing whaling permits in the Antarctic, as reported by NPR. The whaling activities, labeled as “research” by Japan, resulted in only two peer-reviewed papers published since 2005. Those two papers referenced only nine of the thousands of whales killed in the program called “JARPA II.” The ICJ considered this too little scientific knowledge generated in comparison to the number of whales killed. According to the HSI, Japan ignored the ruling, saying the ICJ didn’t have jurisdiction over “any dispute concerning the living resources of the sea,” and hence, continued its whaling activities.

IFAW says Japan, Norway, and Iceland are the only industrialized nations to participate in commercial whaling. All three countries target minke whales (Balaenoptera acutorostrata) and the endangered fin whale (Balaenoptera physalus) in their activities. The minke whale is facing a threat because Norway has increased the number of breeding-age females commercial whalers can kill, which experts say could lead to reduced populations in the future.

As reported by National Geographic, the Japanese may have been hunting whales for more than 4,000 years. It wasn’t until 1934 that the Japanese began whaling in Antarctica, and by the late 1960s, whale meat made up about 25 percent of the Japanese diet, according to Animal Planet.