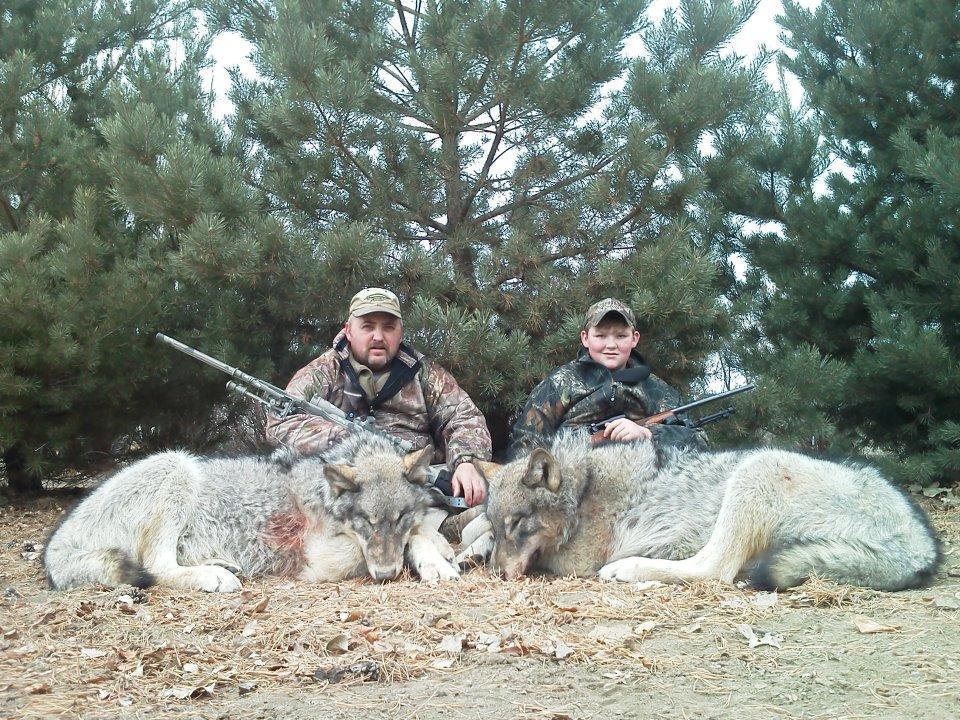 (EnviroNews Montana) — The Rocky Mountain Elk Foundation (RMEF), which has funded wolf-killing derbies in Idaho to the tune of $150,000 since 2013, is now seeking to expand its $1,000-per-kill bounty program to the neighboring state of Montana.

RMEF provides funds to the Foundation for Wildlife Management (F4WM), which says its mission “is to promote ungulate population recovery in areas negatively impacted by wolves.” While F4WM is based in Idaho, RMEF is stationed in Montana. F4WM held a meeting on April 5 in Sandpoint, Idaho, in an attempt to drum up support for the expanded bounty program. On April 6, Justin Webb, Mission Advancement Director for F4WM, wrote on the group’s Facebook page, “We had several folks from Montana expressing interest in F4WM expanding into Montana, and all were willing to help create Montana funding!”

Webb cautioned however, that it might take some time to determine if F4WM will go ahead with the effort. “[We] should be able to announce yay or nay on an F4WM expansion into Montana within a couple weeks. We have some business operational hurdles to work through, and fine tuning the legistics [sic] of the expansion.”

“These wolf lottery efforts are dismantling a century-long conservation heritage that is shared not just with environmental groups but with a lot of sportsmen groups as well,” said Erik Molvar, Executive Director for the Western Watersheds Project, in an exclusive interview with EnviroNews.

F4WM’s sole sponsor is RMEF. The group published an open letter to President Donald Trump on its website, calling the reintroduction of wolves to Yellowstone and Idaho “illegal” and telling the President that this “was one extreme criminal act of fraud and theft committed under the administration of William Jefferson Clinton that truly needs to be revisited.”

In 2012, Montana elk hunter Dave Stalling wrote in an op-ed for High Country News about what he described as the RMEF’s “all-out war against wolves.” Stalling worked previously for RMEF and saw changes that he linked to the hiring of David Allen as its director. Today, Allen is President and Chief Executive Officer at RMEF. Allen has supported the delisting of wolves as an endangered species in both Wyoming and Oregon.

“This is an organization that has always been at the fringes of the conservation movement,” said Molvar. “Basically, they are really anti-conservationists in disguise.”

In Idaho, the Department of Fish and Game (IDFG), which regulates hunting in the state, is beset with a funding scandal. An op-ed authored by local hunter Dave Cappell in the January 14, 2017 Idaho State Journal, alleges that two IDFG commissioners were told their terms would not be renewed so that new commissioners, who would approve a system of auction tags for game hunters, could be appointed.

IDFG relies on hunting fees for one-third of its budget. Faced with license fees that have not increased since 2005, the Department has looked at alternative strategies including salary savings.

The 2015 population of wolves in Idaho was documented as 786 animals. During the same year, humans were responsible for the death of 352 wolves, including legal hunting and trapping that took 256 animals. IDFG allows each hunter or trapper to take up to five wolves per year. Wolves may not be baited but electronic calls can be used.

In Montana, where hunting, fishing and other recreational activity fees account for more than two-thirds of the budget for the state’s Department of Fish, Wildlife & Parks, 246 wolves were harvested in 2016. License fees have been increased recently, but are still not sufficient to cover expenses.

Wolf culls are seen as a way to increase the elk population, providing more game for hunters and more license fees for states. But Molvar holds a different view, telling EnviroNews, “There is no place in responsible wildlife management for this kind of killing for fun and money.”

But slaughtering wolves is not just limited to Idaho and Montana. This week, federal legislation signed into law by President Trump will allow the killing of wolves with pups in their dens on wildlife refuges in the state of Alaska, while in California, a lawsuit has been filed by the California Cattlemen’s Association and California Farm Bureau challenging the listing of gray wolves as endangered in the Golden State. Only a handful of specimens have been seen in California since OR-7, a lone wolf from Oregon, arrived in 2011. Prior to that, no wolves were known to be in the state since 1924.

RMEF is steadfast in its opposition to wolves. According to a position statement on its website:

“RMEF will continue to advocate for predator management and control efforts on the ground and in the courts. RMEF will fund continuing research projects, work with Congress and state agencies, track legislative matters, educate hunters and the public, and rally members on predator-related issues so all wildlife populations can be sustained forever. RMEF supports major legislation in Congress that would reinstate the previous U.S. Fish & Wildlife Service wolf delisting rule in the Great Lakes states and Wyoming.”

Molvar disagrees with that statement and says, “The wolf belongs in Western ecosystems. The RMEF is trying to set back conservation 150 years.”

(EnviroNews Washington) – Olympia, Washington – The Washington Department of Fish and Wildlife (WDFW) announced October 19, 2016, that it would spare the remaining four members of the now demolished Profanity Peak Wolf Pack, after already having killed seven of its wolves (Canis lupus) to appease cattle ranchers….

(EnviroNews California) – Van Nuys, CA – Will not allowing prizes for California wildlife hunting derbies deter such events from taking place? Groups like Project Coyote certainly think so. On December 3, with a 4 to 1 vote, the California Fish and Game Commission passed a motion prohibiting…

Idaho Wolf-Killing Contest Killed for One More Year – Kind of…

(EnviroNews Idaho) – Facing a lawsuit from conservation groups, the Bureau of Land Management (BLM) has revoked a permit allowing for a “predator derby” to take place on approximately three million acres of public lands in north-central Idaho near the town of Salmon. The derby originally called for…

Daryl Hannah Tells Her Story of the Wolf

(EnviroNews California) – In this very unique episode, Daryl Hannah tells her story of how she bonded with wild wolves in the great outdoors. Via our coverage of the 2011 New Living Expo in San Francisco California.