Most Adorable Video Ever: BFFs: Snowy Owl, Husky Pup Lick, Preen and Play With Each Other - EnviroNews | The Environmental News Specialists
Skip to content 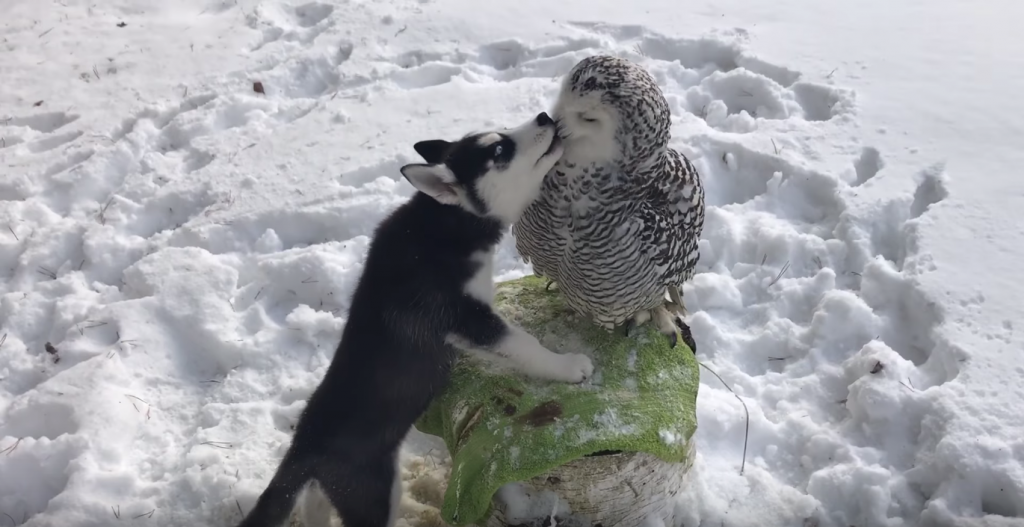 (EnviroNews USA Headline News Desk) — Utterly adorable video clips of a puppy and a snowy owl, who are BFFs, preening each other have surfaced and are now going viral. The owl is named N’usha and the puppy is called Llona, according to The Egoist YouTube channel, which shares a compilation of cute moments between the two unlikely but steadfast friends.

This sweet furred and feathered pair can be seen spending time together both in and out of doors, doing a ton of kissing and preening, each in their own charming style. In one clip shared by the BBC, the close buds can also be seen hanging out with their stuffed animals — Llona is licking her toy owl. The videos have become wildly popular and have gained millions of views on social media.

Snowy owls (Bubo scandiacus), like the rotund and friendly N’usha, are the largest North American owls by weight, and summer north of the Arctic Circle. Llona, the lovely puppy, appears to be a Siberian Husky, a domesticated dog breed (Canis lupus familiaris), originating in Siberia.

With all of the discord going on in the human realm these days, seeing N’usha and Llona enjoy each other’s company so much provides a much needed reminder that friendship can be simple and easy. If these delightful reps of two starkly different animal species can get along so well, perhaps there is hope that humans of differing identities can do the same.