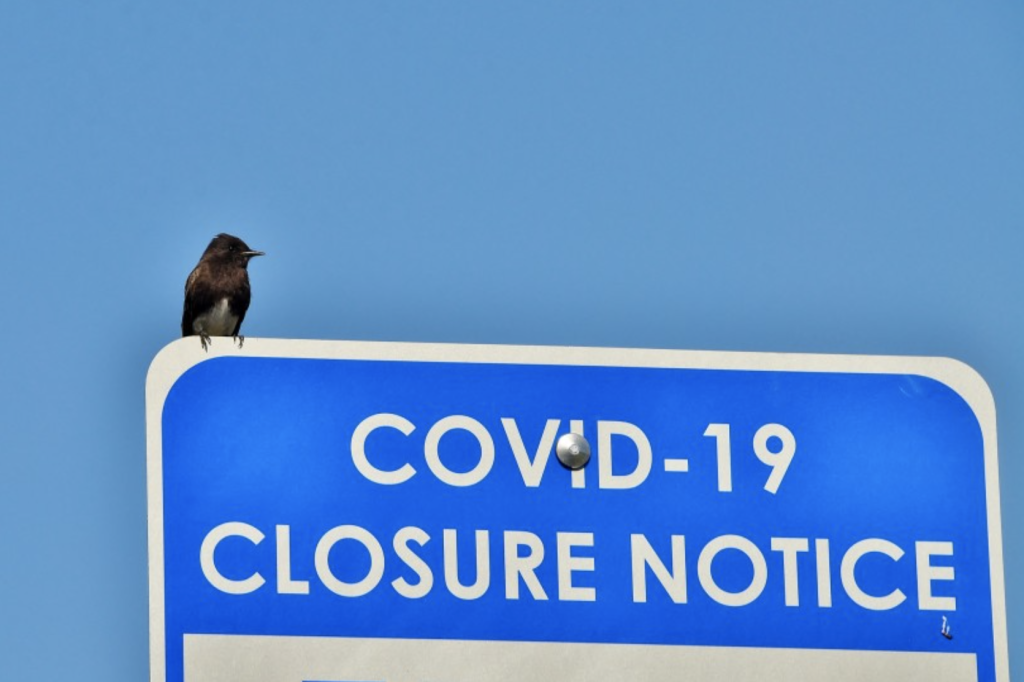 (EnviroNews USA Headline News Desk) — COVID-19 lockdowns encouraged 80 percent of North American bird species to move towards urban areas, according to a new study. But now, with people going about their daily business like pre-COVID times, will any of the benefit for birds remain?

Researchers from the Cornell Lab of Ornithology say a huge variety of birds flocked to human-altered habitats such as major roads, towns and airports during the most severe pandemic shutdowns.

The paper, Reduced Human Activity During COVID-19 Alters Avian Land Use Across North America, compared online eBird sightings from the United States and Canada before and during the pandemic. The analysis focused on areas within 100km of habitats usually dense with human activity.

More than 80 bird species were studied with around four million observations noted. The paper, published in Science Advances on September 22, 2021, highlighted how reports of bald eagles (Haliaeetus leucocephalus) in cities increased by 40 percent during the lockdown, while ruby-throated hummingbirds (Archilochus colubris) were three times more likely to fly within one kilometer of airports. The study theorized the tiny hovering nectar suckers were more inclined to visit feeders in people’s gardens without the intimidating roar of aircraft overhead.

Some Canadian threatened species such as barn swallows (Hirundo rustica) were reported near roads more regularly than before the pandemic. This wasn’t the case for all species though, with a few apparently decreasing their use of human-altered habitat.

Some city birds, like the rock pigeon (Columba livia) and house sparrow (Passer domesticus) appeared to merely ignore the pandemic and its resulting calm. Their urban activity showed absolutely no change. But on the whole there were far more species showing increased counts in human-dominated landscapes.

Nicola Koper from the University of Manitoba is one of the study’s senior authors. She told National Geographic, “A lot of species we really care about became more abundant in human landscapes during the pandemic. I was blown away by how many species were affected by decreased traffic and activity during lockdowns.” Koper added:

The remarkable thing is how species changed their distributions. If you look at the data before the pandemic, bird species avoided roads but that pattern completely went away. They didn’t perceive roads as dangerous once the traffic went. This suggests that traffic has displaced birds and once you remove cars they will move back in again.

The study also tested whether easier detectability was a factor in the higher reported birds. In other words, was it easier to hear birds because of reduced traffic noise, and easier to spot birds with fewer vehicles and people getting in the way? The research found that the effects were noticed across many species, from hawks to smaller songbirds, suggesting increased numbers were not merely being detected because of the quieter environments, but because there were simply more birds.

The first wave of lockdowns in the spring of last year brought a vast array of stories detailing wildlife sightings in places usually packed full of cars, planes, boats or people. Ducks were seen in the fountains of Rome, dolphins off the coast of Istanbul, goats on the stone walls of Welsh villages and cougars in the streets of Santiago — with one even found sleeping in a usually bustling apartment complex.

The Israeli city of Haifa saw wild boars take advantage of the quiet streets to scavenge through people’s bins. Flamingos suddenly flocked to the lagoons of Albania and in Thailand’s usually tourist-heavy Hat Chao Mai National Park, a herd of 30 dugongs were caught on camera swimming through the Malacca Strait.

Most of these tales were anecdotal with some being outright false (despite social media claims to the contrary, dolphins were not spotted swimming in the canals of Venice). However, Koper and her colleagues based their research on hard data rather than hearsay. Her team systematically analyzed millions of birds using an army of volunteers. Sightings were collected via the popular eBird app — a scheme led by the Cornell Ornithological Institute. The app steered birdwatchers through a checklist of birds they might see or hear in their local area and guided them on how to record what they saw while noting the time and location through their phone’s GPS.

The researchers were keen to ensure regular citizens knew their warblers from their passerines and so the study only included data from people who had logged springtime observations in the previous three years.

As previously reported by EnviroNews, North America has lost three billion birds — around a third of the total population — since the 1970s. Scientists say habitat loss, climate change and the use of pesticides are the main contributors to this dramatic decline.

But according to Koper, all is not lost. She told the NatGeo, “If we change our uses of the landscape we can provide more space for declining species. Lost habitat is hard to replace but we can do something about car traffic.” Koper continued:

I can look out of my window and see trees and grass and think that’s good for birds, but it isn’t if it’s right next to busy roads. We can make win-win choices that are good for birds as well as people’s health and climate change.

Given that vehicle traffic in North America was only thought to have reduced by eight to 20 percent during the most stringent lockdowns, this would suggest a relatively small change can have a big effect.

But John Swaddle, a professor of biology and director of the Institute for Integrative Conservation at the College of William and Mary, warned that human lockdowns are not a long-term solution to the problems facing bird populations.  Speaking about the research, he told The Guardian, “shutdowns and large-scale exclusions of humans from the landscape are not sustainable solutions for the extinction crisis we are inflicting on the planet.” He added that efforts to mitigate noise or improve technology are “Band-Aids… treating symptoms rather than causes.”

Research lead author Michael Schrimpf, a postdoctoral fellow at the University of Manitoba, has issued a plea to nature lovers to play their part. He told National Geographic, “Having so many people in North America and around the world paying attention to nature has been crucial to understanding how wildlife reacts to our presence. Studies such as this one rely on volunteer birdwatchers, so if you enjoy watching wildlife, there are many projects out there, like eBird and iNaturalist, that can use your help.”

Freak Event: Hundreds of Migratory Birds Fall to Their Deaths After Crashing into NYC Skyscrapers

This Story is for the Birds: Humans Demolish North American Avian Population by 3 Billion Birds over 50 Yrs.

(EnviroNews USA Headline News Desk) – A new study that tallies North America’s bird numbers has surfaced and the results are devastating for animal lovers and everyday citizens alike: nearly 30 percent of the continent’s avian creatures, or around 3 billion birds, have vanished since 1970 with no…

(EnviroNews Nature) – One in three North American bird species are of “high concern” to conservationists with an additional 50 percent struggling badly, according to the North American Bird Conservation Initiative (NABCI). The group’s annual report The State of North America’s Birds 2016 makes for grim reading by…