EDITORIAL: Media Fails Again: Trump Flips U-Turn on Climate – Really? - He Did No Such Thing - EnviroNews | The Environmental News Specialists
Skip to content 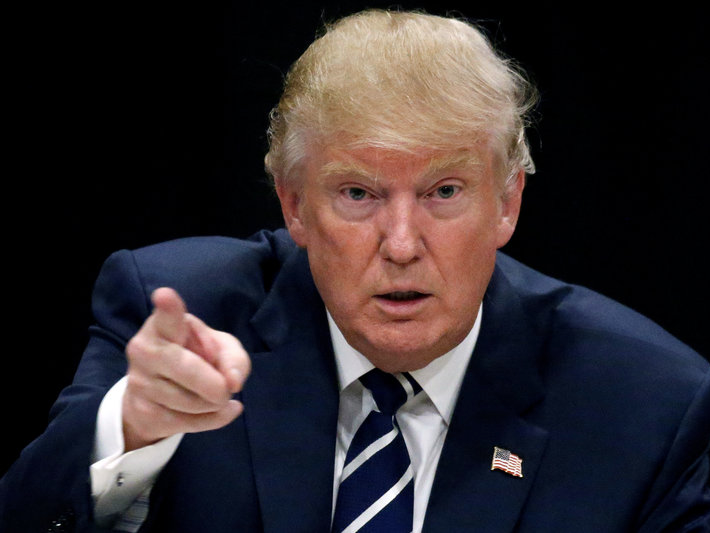 (EnviroNews DC News Bureau) — EDITORIAL: On Nov. 6, 2012, President-Elect Donald Trump tweeted, “The concept of global warming was created by and for the Chinese in order to make U.S. manufacturing non-competitive.” Throughout his campaign, he repeated climate change was a fallacy. If you believe media headlines around the country, Trump has now either softened, or flipped a complete “u-turn” on the issue of manmade climate change.

In a meeting with New York Times Editorial Page Editor James Bennet and other staff members on November 23, 2016, Bennett asked Trump, “When you say ‘an open mind,’ you mean you’re just not sure whether human activity causes climate change? Do you think human activity is or isn’t connected?”

While many headlines tout this as a complete turnaround, some articles are taking Trump out of context. The context here is important, and the context is in the last sentence, because what Trump goes on to talk about is how many factories were lost (70,000 since George W. Bush according to him) and what toll it takes on the economy. Trump has made his position clear: If it’s bad for jobs or the economy, he isn’t going to support it.

It’s not about whether or not anthropogenic climate change is real. It’s about how much it is going to cost to deal with it. As a businessman, Trump is used to dealing with profits and losses on a quarterly basis. There is little to indicate he won’t deal with the consequences of his decisions in the Oval Office in the same way.

“I will cancel job killing restrictions on the production of American energy including shale energy and clean coal creating many millions of high paying jobs. That’s what we want. That’s what we’ve been waiting for,” Trump said in a tweeted video about his first 100 days in office.

Trump hasn’t softened his stance on the environment, even if he touts his golf course as environmental. He has simply couched it in terms that his immediate audience, in this case, the staff of The New York Times, would find more palatable. The staff and the rest of the liberal media took what they wanted to hear, blew it out of proportion and ignored the rest, providing a glimmer of false hope in the coming environmental disaster that is almost certain to be Trump’s reign.

Trump will likely appoint climate change denier Myron Ebell as head of the Environmental Protection Agency (EPA). Ebell is no scientist. According to PBS, he “leads environmental and energy policy at the Competitive Enterprise Institute, a libertarian advocacy group financed in part by the fossil fuel industry.” Ebell was one of seven “wanted” “climate criminals” plastered on mug-shot posters around Paris last year at the United Nations climate talks. The charge: “Destroying our future.” He is also the Chair at Cooler Heads Prevail, which wants to dispel “the myths of global warming.” Ebell claims he has succeeded in getting his message across to the middle of the country while the “urban bicoastal elite” continue to hold out. Ebell, like Trump, believes regulations are bad for the economy.

Soon-to-be CIA chief Mike Pompeo released a statement while he was a Congressman saying, “I’m pleased that the Court has finally placed limits on the EPA’s authority to regulate greenhouse gases… I and my colleagues will continue to fight to restore congressional authority over [the] EPA’s reckless regulating.” Pompeo has run an oilfield supply and distribution company.

Trump’s pick for Attorney General, Jeff Sessions, said in a Congressional hearing, he didn’t believe 98 percent of scientists believe global warming is real and caused by man. In fact, he was offended the Chairman would even bring it up. Chief White House Strategist Steve Bannon, runs Breitbart News, which has called climate change a hoax and denigrated the scientists of NOAA and NASA.

Actions speak louder than words, and all of the aforementioned appointees, look to ensure climate regulations get rolled back to pre-Reagan eras, and that doubt about climate change be disseminated in the same way as the misinformation propaganda of the cigarette companies during the 1970s and 1980s (Ebell was paid by the tobacco to fight cigarette regulations). This, at a time when the Department of Defense (DOD), a bastion of conservatism, believes climate change is a threat multiplier to U.S. readiness and national security — a claim Trump’s Chief of Staff Reince Priebus has denied.

Trump is a man who will do whatever it takes to win. Whether it is calling on a foreign government to hack U.S. computers, lying about what he has said even while there is video evidence of him saying otherwise, or just completely ignoring inconvenient truths, Trump has one primary goal: winning.

In the rarefied air of the super-rich, winning is based on the amount of money you are worth. From observing a man who vastly boosted his own ego by calling everyone within hearing distance a “loser,” winning seems to be the only thing Trump truly cares about. Trump might be good for business, a phrase that is often used by elected government officials in Utah where the air ranks among the world’s worst and children have significantly higher autism rates than the national average, but he will be terrible for the environment. He won’t need to use nukes to harm the planet; he’ll just need to be good for business. 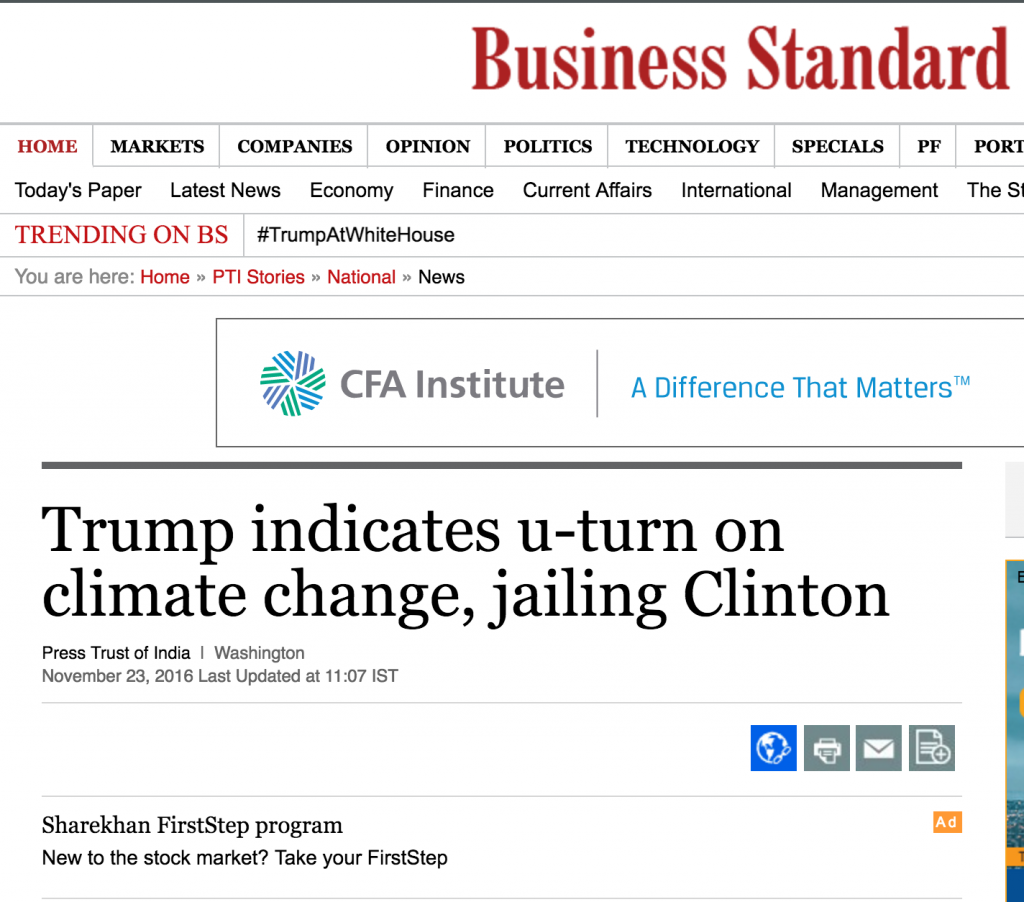 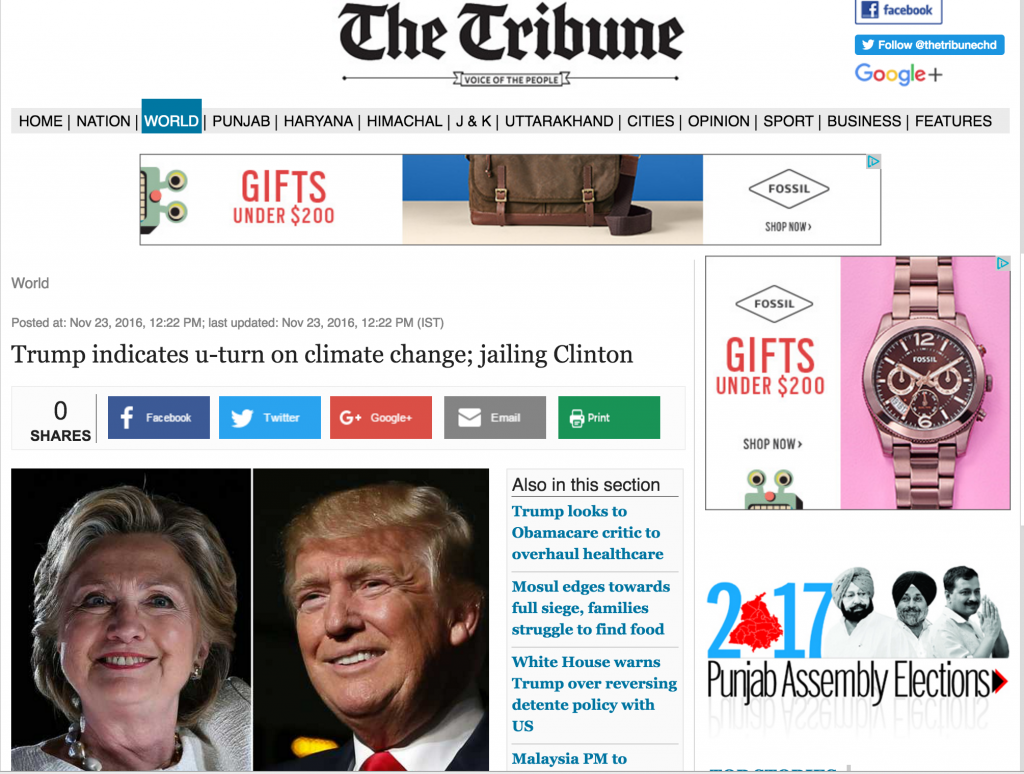 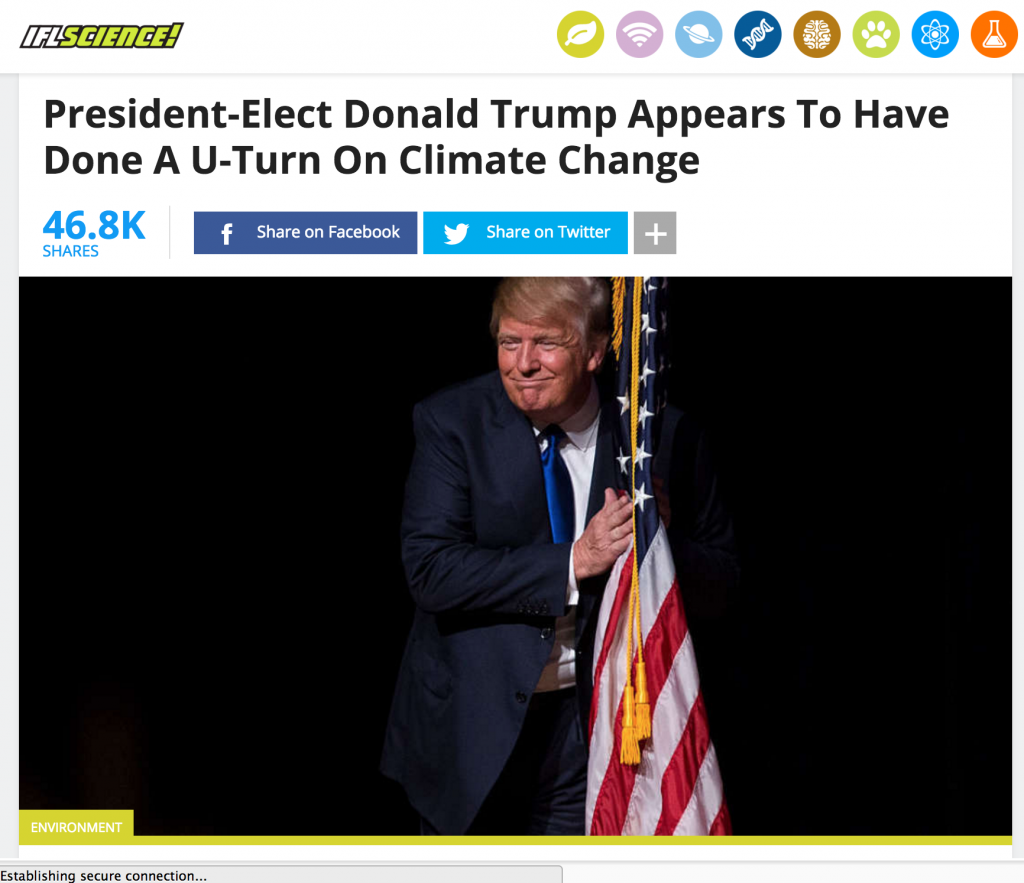