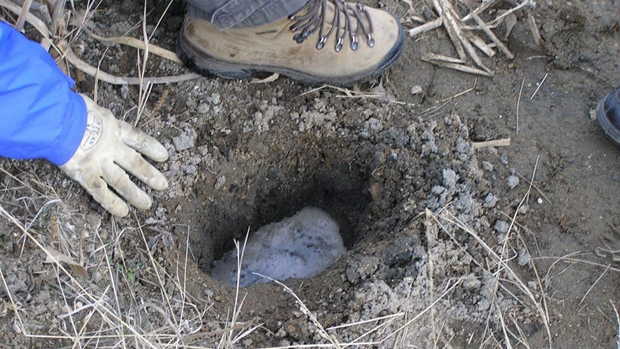 (EnviroNews World News) — In December 2016, a group of 50 scientists released the results of their study on ground carbon (not to be confused with ground methane) and its possible effects on climate change. In a research letter to Nature titled, “Quantifying global soil carbon losses in response to warming,” these scientists raised the alarm over “ground carbon” as a serious unaccounted driver of global warming. The new set of data factors in this greenhouse gas source – a source most climate change models do not even consider when trying to predict the end of life as we know it on Earth.

“The majority of the Earth’s terrestrial carbon is stored in the soil,” write the authors of the study. This carbon is used by plants and animals in the soil for their maintenance and growth. As the ground gets warmer and stays warmer longer, the animal population in the soil grows and releases more carbon, in the form of CO2, into the environment. The lurking threat trapped beneath our own feet, and under the ice of the frozen poles and tundra landscapes, poses a very real threat – a hazard most climate scientists have failed completely to include in their reports and models.

For years environmental organizations have been sounding the alarm about the dreaded climate “tipping point.” There is no return from this threshold once surpassed. At this juncture, climate change would become a self-sustaining, cascading runaway disaster, after which, people would not be able to return to a cooler Earth, and human life would face drastic changes — if not outright extinction.

However, when it comes to finding the climate change tipping point, scientists seem to be at a loss for pinpointing just where that will be and what will cause it. In one editorial, Ford Foundation President Darren Walker theorized deforestation will be the cause of exceeding the tipping point. Another study by Oregon State University gave the synchronization of temperatures of two major ocean systems as an indicator of a tipping point. In a third study, Dr. Camilo Mora has said the tipping point could occur in northern climates as early as 2046 if carbon emissions continue unabated, but much earlier in tropical regions.

The problem with predictors for the hypothetical tipping point is two-fold:

1. Nobody knows what the actual tipping point may be or how it can be measured. It is possible the earth has already reached the tipping point though few scientists would agree with that assessment.

2. No one study can possibly take into account every variable. While climate change studies have looked at carbon in the air and its acceleration through the industrial age, the effect glaciers have on repelling the sun’s warming radiation, and the impact of greenhouse gases in trapping those rays, according to an article by the BBC, most studies have failed to take into account the carbon trapped in soil that is now being released at prodigious rates.

If the ground continues to warm at the same pace through 2050, the CO2 would then create a feedback loop that would continue to increase the loss of carbon from the soil and increase global warming.

The research for the ground carbon study was conducted at 49 different sites, and the results were remarkably similar. The researchers wrote “reductions in greenhouse gas emissions are essential if we are to avoid the most damaging effects of this feedback over the rest of the century.”