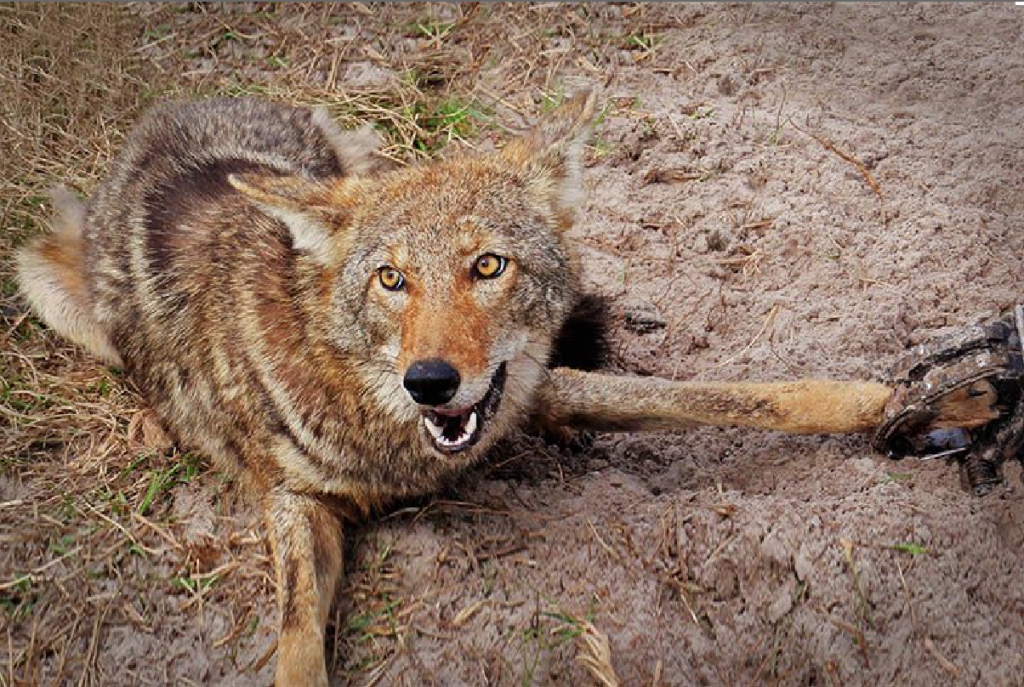 (EnviroNews California) — San Francisco, California — Wildlife Services — from the sound of it, one might think it’s a program that would be supportive or in “service” to wildlife. But environmental and conservation groups say the century-old agency is anything but helpful to animals — especially if you happen to be a bear, wolf, mountain lion, bobcat, coyote or other predatory mammal. Last year alone, the program culled some 2.7 million animals, including 1.6 million native specimens — all with your hard-earned tax dollars — that is, if you are a citizen of the United States. But on November 1, 2017, the U.S. District Court in San Francisco said no more, and approved a settlement that puts the brakes on Wildlife Services in 16 counties in Northern California.

Wildlife Services (WS) is an ancillary arm of the U.S. Department of Agriculture’s (USDA) Animal and Plant Health Inspection Service (USDA APHIS) and has been killing America’s critters and creatures since 1895. While the agency’s website maintains that its goal is to “provide federal leadership and expertise to resolve wildlife conflicts to allow people and wildlife to coexist,” wildlife advocates and conservationists say the agency’s primary modus operandi is to appease the livestock and agricultural industries by wiping out predators at their behest.

“This is a big victory for California wildlife targeted by this federal program’s horrifically destructive war on animals,” stated Collette Adkins, an attorney on the case for the Center, in a press release. “We’ve saved hundreds of animals that would have suffered and died in traps set by Wildlife Services over the next several years. That feels really good.”

“Wolves are just starting to return to their native habitats in Northern California, and this settlement provides needed interim protections to protect wolves while a detailed environmental study examines whether lethal wildlife ‘management’ options should even be on the table,” said Kristin Ruether of Western Watersheds Project. “It is long past time that federal agencies stop the killing of native wildlife at the behest of the livestock industry, and ultimately we hope that the added public scrutiny will force a shift to nonlethal options.”

The “public scrutiny” Ruether is referring to means feedback from citizens in the way of comments, because the process accompanying the studies for the 2023 EIS will also include “robust public commenting opportunities,” according to the joint press release published by the coalition of groups on November 1.

Wildlife Services: A ‘Secretive,’ ‘Rogue’ Agency off the Rails?

WS has been called “secretive,” “clandestine” and “rogue” by lawmakers, scientists, journalists and investigative reporters alike. The agency operates almost entirely in the dark, failing to maintain social media accounts, activity feeds and other correspondence with the public, while deliberately thwarting attempts at transparency from both politicians and the press.

In 2016, Congressman Peter DeFazio (D-OR) told Harper’s Magazine, “I’ve served on the Homeland Security Committee, and Wildlife Services is more difficult to get information from than our intelligence agencies.”

“They’re very resistant and very much protected by the Department of Agriculture,” DeFazio explained to EnviroNews earlier this year.

These are not people who are forthcoming about information. I spent a year working on this story, and contacted Wildlife Services multiple times to ask to go out in the field with a trapper to observe their lethal control operations. They never granted me that request, claiming it would endanger me. Then I sent them a list of 35 questions, almost none of which were directly answered. If they’re not going to a respond to an informational request from a senior congressman in the House, do you think they’re going to answer a reporter?

Regarding the November 1 settlement, Michelle Lute, wildlife coexistence campaigner with Guardians, chimed in on WS’s secretive ways as well saying, “Wildlife Services’ lethal ‘control’ is ineffective, wasteful and cruel,” adding, “We are changing this clandestine government program state-by-state until wildlife and people are safe on our public lands.”

Wildlife Services: A Long Track-Record of Losing in Court

The Center for Biological Diversity boasts a 93 percent success rate on wildlife cases against the federal government, while many other organizations including WildEarth Guardians, Earthjustice and Western Watersheds Project are racking up the victories as well. Time and again, EnviroNews has published reports on legal battles between conservation groups and various branches of the federal government, and time and again judges across the country have sided with conservation coalitions and America’s iconic wilderness and wildlife. To be more precise, judges are frequently ruling to enforce NEPA, the Endangered Species Act (ESA) and other protective laws.

In 2017, lawsuits against WS from some of the same plaintiffs featured in the November 1 settlement, yielded victories in several places, including the banning of cyanide bombs in Idaho and other places.

In another case in late 2016, a “landmark settlement” between WS and WildEarth Guardians “[changed] the rules across the board and [put] a stop to WS’s critter-killing endeavors on over six million acres of public land,” EnviroNews reported at the time.

“This settlement is just one of the many ways we are holding Wildlife Services accountable to the public and wildlife it should be serving,” Lute told EnviroNews today. “Historically, the program has enabled unsustainable welfare ranching and kept so-called wildlife management in the dark ages, complete with medieval torture devices. Cyanide bombs, traps and aerial gunning are unscientific, unethical and unacceptable.”

MORE FROM ENVIRONEWS ON WILDLIFE SERVICES

(EnviroNews Headline News Desk) – Bannock County, Idaho – On March 16, 2017, 14-year-old Canyon Mansfield was playing fetch with his dog Kasey, in Bannock County, Idaho, when an M-44 cyanide bomb sprayed him and killed his dog. The lethal device was placed by the U.S. Department of…

(EnviroNews Polls) – 3.2 million animals. That is the amount of critters and creatures brutally eradicated by Wildlife Services (WS) in America last year alone, by way of traps, snares, bullets and poisons – all with your tax dollars of course (at least if you are a U.S….