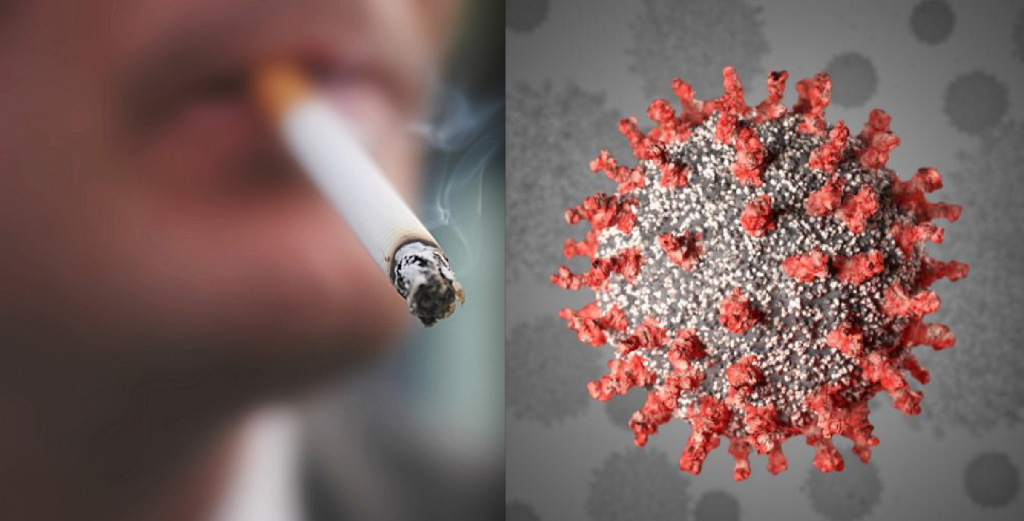 (EnviroNews World News) — While researchers stress that smoking is dangerous to health and likely to kill the smoker, they have found one surprising benefit for those who use tobacco: it appears that smoking may inhibit the contraction and development of COVID-19, a.k.a. coronavirus.

French neurobiologist Jean-Pierre Changeux, ­Zahir Amoura, and Makoto Miyara of the Hospital of Paris, alongside Felix Rey of the Pasteur Institute, penned a proposal to study the effects of nicotine on the virus, and wrote:

Compared to the French general population, the COVID-19 population exhibited a significantly weaker current daily smoker rate by 80.3 percent for outpatients and by 75.4 percent for inpatients. Thus, current smoking status appears to be a protective factor against the infection by SARS-CoV-2.

What is more, their findings supported related analytical data from China. In a paper released on March 29, authors Konstantinos Farsalinos and Anastasia Barbouni from the University of West Attica in Athens, Greece, in concert with Raymond Niaura of New York University, found that only 8.7 percent of those being treated for COVID-19 were smokers. Considering the general population, that number should’ve been closer to 30.3 percent.

In the U.S., the Daily Mail UK showed that only 1.3 percent of America’s earliest patients were smokers while approximately 14 percent of the country’s population smoke regularly. University College London Professor Jamie Brown, a tobacco and public health expert, suspects that some faulty data may be at play though.

“It’s really difficult to assess how well smoking status has been recorded in an emerging epidemic and a lot of these people have been too sick to answer or may not have replied totally honestly,” Brown told the Daily Mail UK. “We know, generally, smokers tend to come from lower income groups which have poorer access to healthcare and may be more likely to die in the community.”

While Changeux, Amoura, Miyara, and Rey acknowledge that tobacco smoke is chemically complex, they hypothesize “nicotinic acetylcholine receptor (nAChR) plays a key role in the pathophysiology of COVID-19 infection and might represent a target for the prevention and control of COVID-19 infection.” They stress that smoking is a severe danger to health, but believe that nicotine could be used in acute cases of COVID-19.

“In order to prevent the infection and the retro-propagation of the virus through the [central nervous system], we plan a therapeutic assay against COVID-19 with nicotine (and other nicotinic agents) patches or other delivery methods (like sniffing/chewing) in hospitalized patients and in the general population,” Changeux, Amoura, Miyara, and Rey wrote.

Despite this counterintuitive news, doctors caution that this is still not the time to start smoking. Those who smoke and do develop COVID-19 experience far worse symptoms.

OTHER COVID-19 REPORTS BY ENVIRONEWS

0 Deaths: Vietnam Kicked Butt on Tamping down COVID-19 Outbreak, and Vietnam War Techniques Were Part of It

(EnviroNews World News) – Of Vietnam’s approximately 97 million citizens, only 270 have been confirmed positive for coronavirus (COVID-19) and with 225 cases resolved, not one person has died as of Apr. 26. While some may question these numbers, Dr. John MacArthur, the U.S. Centers for Disease Control and…

True or False? Toilet Paper Shortage is Caused by Panic-Buying (The Real Reason Behind the US TP Problem)

(EnviroNews USA Headline News Desk) – As lockdowns due to the COVID-19 virus continue to roll out across the United States, many people are scared and some are looking at ways to profit from that fear. In the center of it all is toilet paper. While empty shelves have…