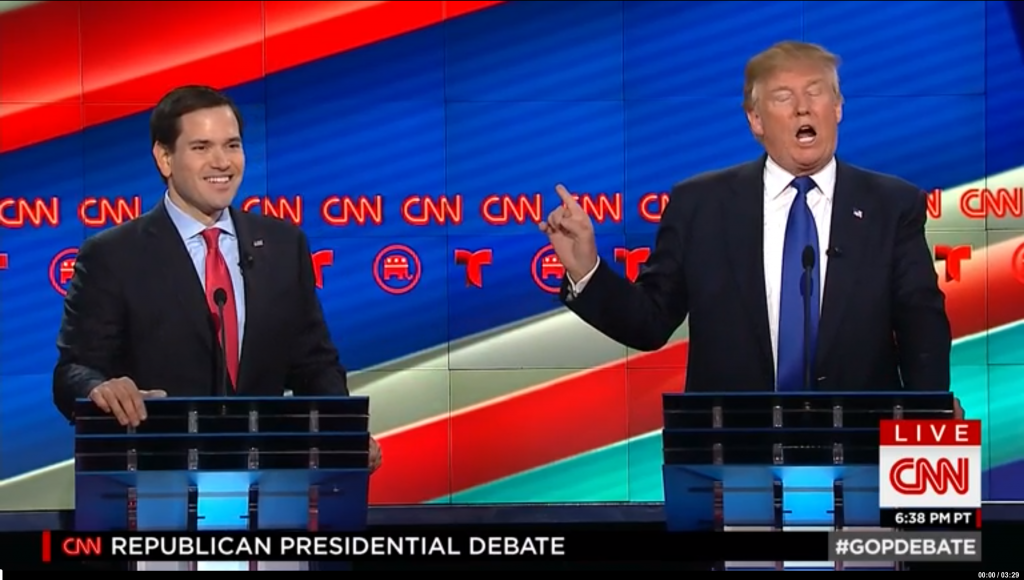 (EnviroNews Polls) — Houston, Texas — The remaining five Republican presidential candidates squared off for the last time before Super Tuesday, on February 25, 2016, in Houston, Texas. The forum was hosted by CNN and moderated by Wolf Blitzer in front of a pumped up crowd. Blitzer was assisted in that task by Dana Bash, Hugh Hewitt, and Maria Celeste Arras of Telemundo.

Frontrunner Donald Trump, Florida Sen. Marco Rubio, Texas Sen. Ted Cruz, Ohio Gov. John Kasich, and Ben Carson all took turns firing at one another, in what was a particularly vicious debate from the onset.

The event represented the tenth such contest amongst GOP competitors, on the heels of the Nevada caucus and South Carolina primary events. Donald Trump dominated both those contests, winning by wide margins in both states.

As a matter of policy, the Editorial Board of EnviroNews USA nor any of its affiliates endorses political candidates. Hence, we put it to you in the poll below: Who won tonight’s CNN Republican debate? Cast your vote via Facebook below: