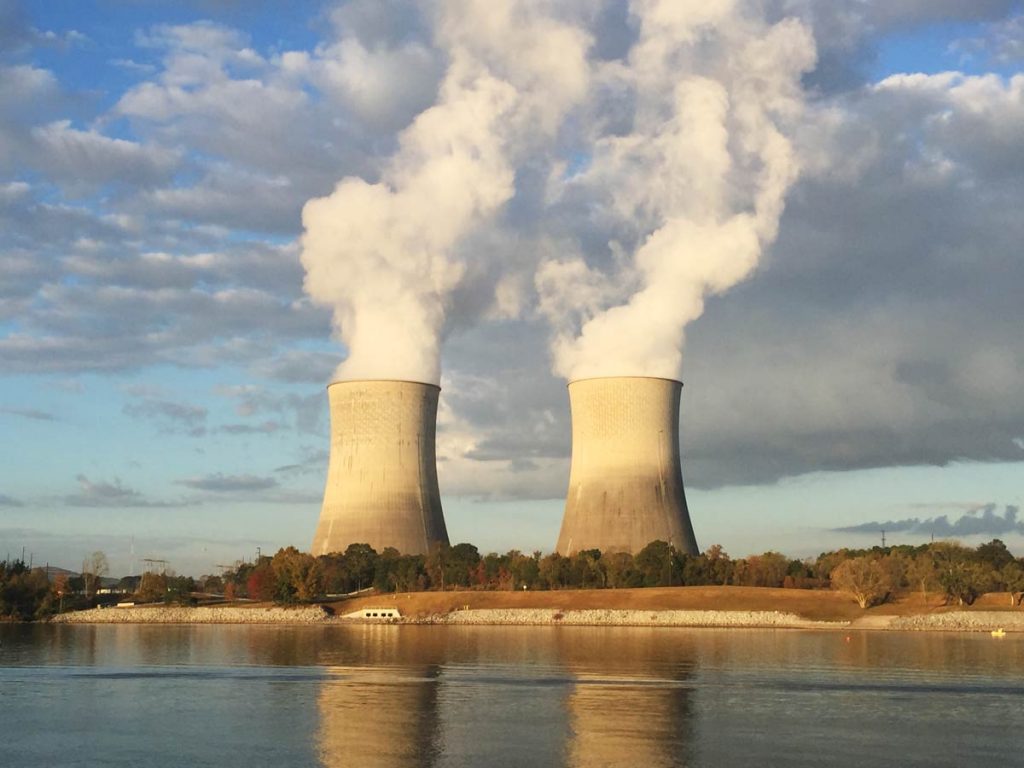 “Nuclear technology is very unforgiving… The nuclear industry is very optimistic about its projections of performance. This is more evidence that they need to temper that optimism,” David Lochbaum, Director of the Nuclear Safety Project at the Union of Concerned Scientists (UCS), told The LA Times.

Lochbaum was specifically referencing the importance of the condenser, which cools down the steam used to drive the unit’s generating turbines. The unit will now be offline until sometime this summer, preventing it from providing electricity during peak demand in the TVA service region.

“We have a team of workers currently evaluating the extent of the condition within the condenser at Watts Barr 2 and we have already begun repairs that should allow us to return the unit to service sometime this summer,” Jim Hopson, Manager of TVA Public Relations told EnviroNews.

Hopson also said there was no risk of radioactive material entering the environment due to the condenser failure. “The condenser is not a part of the nuclear side of the plant,” he continued. “The condenser is on the power generation side, which is completely separate, so there are no radiological concerns, whatsoever.”

Watts Barr 2 has been under construction for 43 years and contains an unusual amalgamation of old and new technology. However, TVA said it carried out extensive refurbishments and upgrades to the unit, which has an estimated cost of $6.1 billion. The last new nuclear unit to come online in the U.S. was the Watts Bar Unit 1 in 1996, which returned to power production on May 9 after an 18-month maintenance outage.

According to Utility Dive, another safety concern for the Watts Bar station that may be a cofactor in the current shutdown is the high number of service interruptions coupled with safety and regulatory issues alleged by company personnel. The Nuclear Regulatory Commission (NRC) recorded 33 allegations for TVA in 2016 — the highest in the country.

In March, 2016, the NRC found Watts Barr had a “chilled” working environment. The Office of the Inspector General (OIG) hired NTD Consulting Group, a firm with nuclear industry expertise, to re-assess the situation. In April of 2017, the firm reported, “management behaviors that include harassment, intimidation, retaliation and discrimination.”

For years, the safety culture at TVA has been a threatening one for people of conscience. At one point at the TVA Bellefonte construction site, an unknown TVA employee dropped a blot on the hardhat of an NRC inspector in an attempt to injure him. The NRC should have shut the construction down, but did nothing! TVA covered up new safety culture issues at Watts Bar 2 so it could be licensed, and now suddenly thinks that a ‘timeout’ to change the safety culture will change things? [It’s] like finding your spouse has been cheating on you for 20 years and thinking a timeout will solve the problem! This timeout is too little, too late.

Gunderson, a former reactor operator himself, added, “Nuclear power plants are risky enough if people on the staff have integrity, but all is for naught with a weak safety culture.”

TVA, an enterprise owned by the federal government, stated Watts Barr 2 is designed to help “generate enough clean electricity to power 4.5 million homes.” The nuclear industry’s claims that nuclear power is safe and clean do not sit well with many environmentalists. From the infamous Three Mile Island accident of 1979, to the deadly Chernobyl disaster of 1986, to the recent 2011 Fukushima meltdowns, numerous dangers and calamities are historically tied to nuclear power. Reporter Michael Hiltzik of The LA Times wrote of the Watts Barr 2 shutdown, “With every episode like this, the industry moves one step further away from making the case for its survival.” 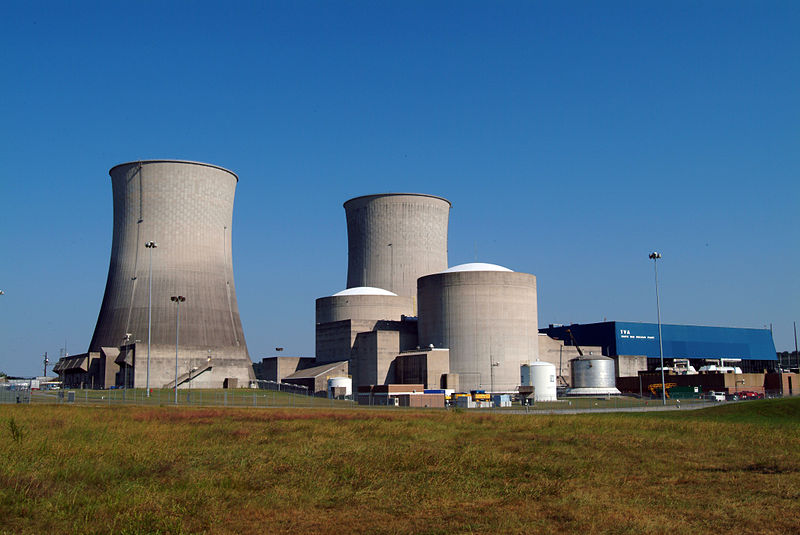 The EnviroNews USA Editorial Board expressed in April of 2017, that nuclear power is neither clean, safe or, as is sometimes claimed, “carbon-free.” The Board wrote that every stage of the production and cleanup of nuclear energy is costly and carries risk for contamination:

An examination of nuclear energy from point A, where the drill bit hits the ground in the initial quest for uranium, to the process of uranium enrichment and zirconium-clad fuel rod production, on to energy generation, power plant dismantlement, nuclear waste disposal and finally uranium mine remediation, nuclear power presents anything but a clean and green energy paradigm.

The issue of nuclear waste is a dangerous one for the U.S., which does not possess a functioning permanent nuclear waste storage facility. The contested and unused Yucca Mountain Nuclear Waste Repository (Yucca Mountain) has been on hold for 23 years, but the Trump Administration is now seeking to reinvigorate it. The partially constructed facility was designated without scientific vetting, and the site has since been found to be seismically active as well as positioned over an aquifer.

“Deep geologic disposal is the only alternative [for nuclear waste storage], in an area proven to be free of water,” Gundersen previously told EnviroNews. “Yucca has water seeping in, and has been proven to let waste seep out in a short period of time.”

Nuclear Power into the Future

New “generations” of nuclear reactors are still under development. Most of the reactors in use today are Generation II or III light-water reactors (LWRs), AKA thermal reactors. The European Commission on Energy explains, “they require the energetic neutrons released in fission to be slowed down to thermal energies… before they can initiate further fission events and therefore maintain the chain reaction.”

Some Generation IV designs, of which there are none in operation today, vary in that they “burn” fuel without slowing down the electrons, and so are known as fast neutron reactors (FNRs). These machines can theoretically convert depleted uranium (DU) into plutonium, which the reactor can then use as fuel. According to the World Nuclear Association, an international task force is currently developing multiple Generation IV reactors for potential deployment between 2020 and 2030.

While these models are designed to be more compact and efficient, the production of plutonium generally rings alarm bells, as it is the most common material used in making nuclear and hydrogen weapons. Plutonium is also one of the most carcinogenic substances in existence. A reactor that breeds more plutonium than it needs to run is known as a “breeder reactor.”

The TerraPower nuclear technology company founded and chaired by Bill Gates is in the process of developing Generation IV fast reactors. As EnviroNews reported in 2016, Gates sees the heaps of depleted uranium improperly stored at U.S. sites as potential power sources for the reactors, while critics say his plan is too risky.

According to E&E News, in 2016, TerraPower received a $40 million Department of Energy (DOE) research grant to develop a molten chloride fast reactor (MCFR). Chris Levesque, President of TerraPower, said this new design has eliminated nuclear proliferation risks by sealing the plutonium in the reactor, “where the heat and lethal radiation will keep it safe and producing energy for the lifetime of the power plant.”

Physicist and Senior Scientist at the Union of Concerned Scientists, Ed Lyman, shared his concerns about this plan with E&E News:

There’s a plutonium glut around the world, particularly in the United States, so no one needs to breed plutonium. Reactor vendors have changed their marketing strategy to say they can actually burn up wastes. Of course, that’s not really true, either.

Ken Luongo, President of the Partnership for Global Security and former non-proliferation expert for the DOE under Clinton, spoke on the future of nuclear energy and breeders at the 2016 Advanced Reactor Summit and Showcase in D.C. Along with giving suggestions for improved nuclear design safety and international security, he recommended:

[The] international community should oppose advanced reactors fuel cycles that are designed for the specific purpose of breeding surplus plutonium for future use in nuclear reactors. [And, it] should oppose the stockpiling of separated plutonium and the use of uranium fuel enrichments that exceed 20%.

The World Nuclear Association declared in 2015 that 1,000 new nuclear power plants would be needed by 2050 to combat CO2 buildup and adhere to the Paris Climate Agreement (Paris Accord). However, Gundersen, writing in TruthOut in 2016, used data from the Massachusetts Institute of Technology (MIT), the World Nuclear Association and Lazard Financial Advisory and Asset Management to calculate that the proposed 1,000 plants would only reduce “6.1 percent of the total CO2 released to the atmosphere in 2050,” and would cost $8.2 trillion. The debate over the future of nuclear energy in the U.S. endures.