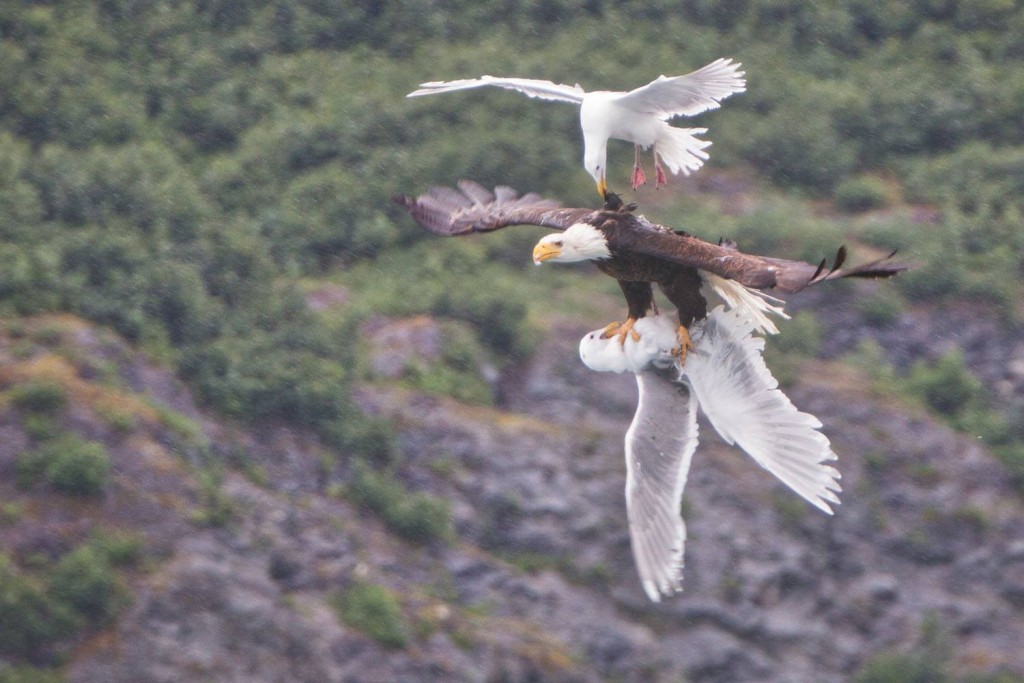 (EnviroNews World News) — An incredible photo has been been circulating online after the U.S. Department of the Interior (DOI) posted it to its Twitter and Facebook accounts. The snapshot shows an Alaskan Bald Eagle brawling with two seagulls in midair.

It was taken by David Canales while on a kayaking adventure near Prince William Sound, and was called “the photo of a lifetime” by HuffPost Green.

Myriad species of much smaller birds are known to attack hawks and eagles if they get too close to their nests. It appears that may have been what was taking place inside Canales’ stunning picture.

The question everyone wanted answered: Who won this battle? HuffPost Green reports the eagle came out victorious, taking the bottom bird to its death, while the top gull gave up and fled the scene.

Check out this epic battle! A Bald Eagle vs seagulls at Prince William Sound by David Canales #Alaska #nature pic.twitter.com/WfYZIwzoJp