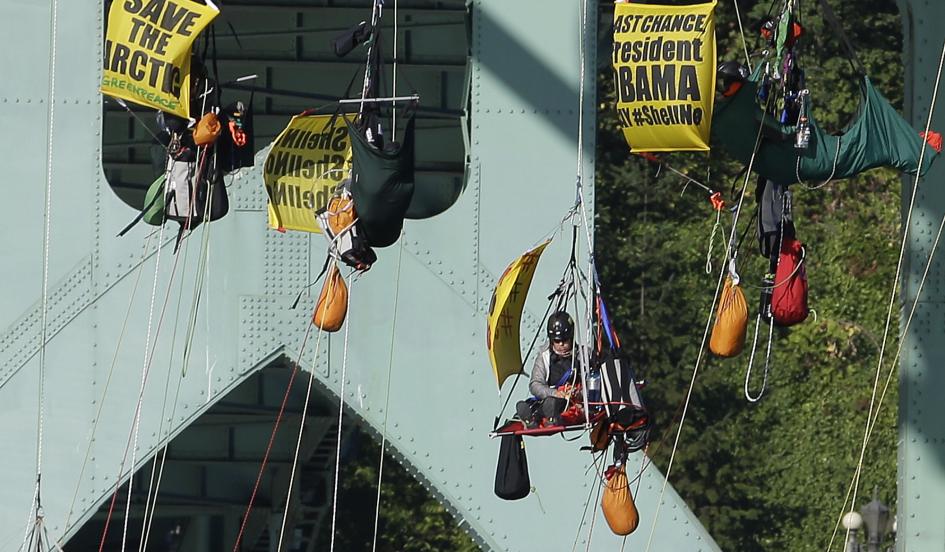 (EnviroNews World News) — Portland, Oregon — The Department of Interior’s green-light in May for Royal Dutch Shell’s deep-ocean drilling plan in the Arctic’s Chukchi Sea, has drawn more public outcry than any oil drilling scheme in recent history — and possibly ever.

Greenpeace has been spearheading the charge in the fight against Shell’s risky Arctic offshore drilling plan with its “Save The Arctic” campaign. A petition attached to that movement gathered an astonishing seven million-plus signatures.


Shell’s drilling rig left for the Chukchi some weeks back after being fiercely protested by mobs of “kayactivists” in Seattle, but Fennica, the massive accompanying icebreaker ship intended to clear the way in icy waters, was debilitated before the drilling could even start.

Because the ship is part of Shell’s spill-response plan, the entire mission has been on hold awaiting the return of the massive icebreaker that had suffered a three-foot-long gash in its side earlier this month.

But Greenpeace and the kayactivists have been at it again, having suspended themselves from the St. John’s bridge in Portland.


Having already been repaired, the Fennica tried to leave the dock today, but reversed course after the dangling activists refused to move from its path.

Following a ruling in federal court today where Greenpeace was ordered to pay $2,500 dollars an hour for every hour it impedes the ship, the U.S. Coast Guard, in concert with local police and firefighters, moved in on the activists with ropes and cranes.

It is not known at this hour whether all activist have been removed or if any arrests have been made.

EDITOR’S UPDATE 6:13PM PST: It was announced that at least three of the dangling kayactivists have been removed by authorities. It was also reported from the ground that within the last half hour the Fennica slipped under the St. John’s bridge and as now in route to the arctic.