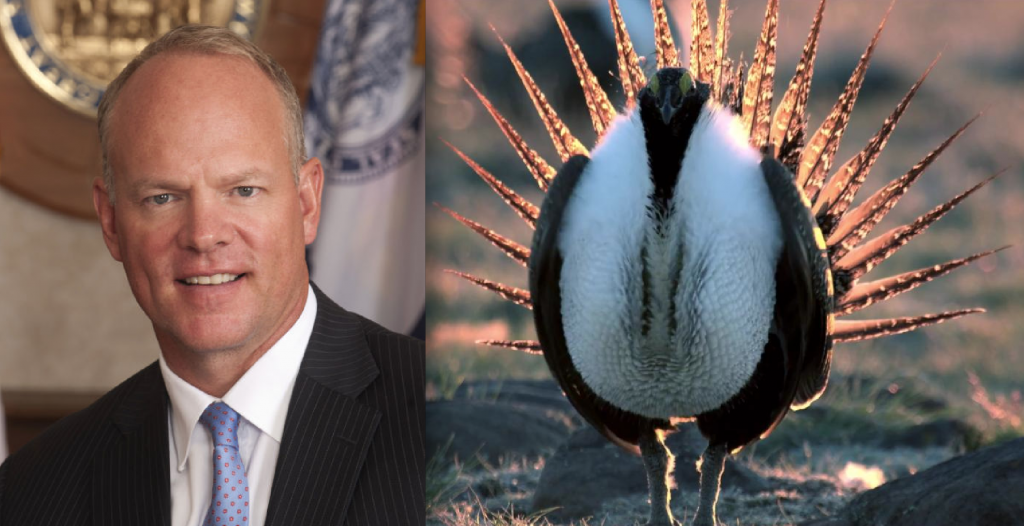 (EnviroNews DC News Bureau) — Whitefish, Montana — On June 28, 2017, the Western Governors’ Association (WGA) released its 2017 recommendations to alter the Endangered Species Act (ESA) after its annual meeting in Montana. The resolution arrived at calls for an increase in state power over ESA implementation and an easing of the endangered species delisting process.

Jamie Rappaport Clark, President and CEO of Defenders of Wildlife (Defenders), issued this statement regarding the resolution:

The Western Governors’ Association’s call for legislative changes to the Endangered Species Act opens a Pandora’s box in this hostile Congress. Since 2015, Congress has introduced more than 150 bills, amendments and riders that would undermine the ESA and weaken conservation measures for imperiled species. We cannot risk opening the Act to the avalanche of destructive amendments that would gut our nation’s most effective law for protecting endangered and threatened wildlife.

Each of these goals is described in greater detail in the publication and the WGA also published a related report and two-year recommendations. Within the Resolution, the WGA advocates strongly for states to be given full partnership in the stewardship of endangered species and their habitats. The WGA describes its concerns about how carrying out the ESA affects the economy of western states and their ability to successfully accommodate population growth, specifically mentioning infrastructure projects such as roads, “water projects and transmission lines.”

In contrast, at a February 2017 Senate committee hearing called, “Oversight: Modernization of the Endangered Species Act,” Clark testified that local political and economic factors should not be the driving force behind ESA decisions, and that “the federal government is the appropriate authority to ensure that at-risk species are conserved according to the best available science under the ESA… ” This committee was led by Senator John Barrasso (R-WY), who ran a second ESA “modernization” hearing in May. Barrasso has voted against the ESA 11 times since 2011, and sponsored eight legislative attacks on the ESA in the last two years.

While Defenders does not support legislative changes to the ESA, the NGO says it recognizes the importance of the inherent administrative flexibility of this essential conservation law. For example, the WGA favors the incentivizing of voluntary conservation efforts as one way of accomplishing “a full partnership between the states, federal government, local governments and private landowners.” Defenders’ Vice President of Endangered Species Conservation Ya-Wei, also known as Jake Li, supports this practice and told EnviroNews a successful ESA “requires incentives for landowners to voluntarily conserve endangered species.” He elucidated his point this way:

Many endangered plants and animals are found on private lands, and their fate depends largely on the willingness of landowners to restore habitat or reintroduce new populations of the species onto their property. The ESA has several tools to encourage these activities, including safe harbor agreements, candidate conservation agreements with assurances and habitat banks. [Defenders] strongly supports these tools and believes the [WGA] has recommended several administrative improvements to the ESA that would enhance how these tools are applied. That’s the beauty of the ESA — that it is flexible and can adopt new approaches to benefit species.

The WGA publication also calls for a clearer definition of the term “foreseeable future” regarding climate modeling and conservation objectives and questions whether climate change is an appropriate determinant factor in species evaluations. The report conveys: “The ESA may not be equipped to address this potential global threat to species and habitat… Predictions from climate models grow increasingly uncertain over time.”

The Western Governors’ Association represents the governors of 19 western states and three U.S.-flag islands. Wyoming Governor Matt Mead (R) launched the ESA initiative in 2015 as the WGA Chairman. Mead has expressed concern that the ESA disproportionately affects the economy and development of western states and of Wyoming in particular.

For example, Wyoming is home to nearly 40 percent of the remaining greater sage grouse (Centrocercus urophasianus). The bird’s status under the ESA has been hotly debated and conservation efforts have been costly. The sage grouse was denied ESA protection by the U.S. Fish and Wildlife Service (USFWS) in 2015. At the time, U.S. Department of the Interior (DOI) Secretary Sally Jewell said at a press conference that the decision followed “the largest, most complex land conservation effort ever in the history of the United States of America – perhaps the world.”

In June 2017, Mead told members of the Wyoming Mining Association that his state “can’t be a zoo for endangered species” and that the ESA is “not good [for] industry, it’s not good for business and, quite frankly, it’s not good for the species.” He also strongly conveyed his pro-coal stance, stating that he wants “every one of those drops of coal out of the ground,” in a state that produces approximately 42 percent of the coal burned for power in America today. In 2013, Wyoming was the second largest energy producer in the U.S. behind Texas.

Governor Jerry Brown (D-CA) and Governor Jay Inslee (D-WA) were the only dissenters and refused to sign onto the Resolution. In a letter to Governor Mead, Brown stated Mead had “spearheaded an inclusive thoughtful process.” But, he explained that his state does not support Congressional action on the ESA or endorse the Resolution because, “the current climate in Congress is marked by chaos and partisanship. This climate will not result in good conservation policy.”