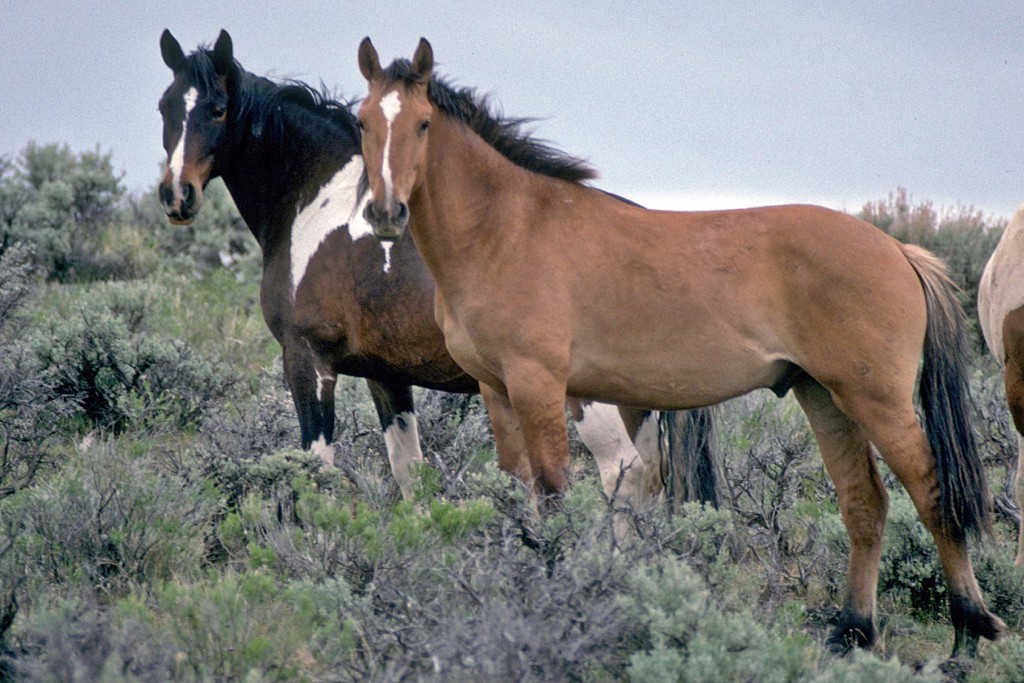 (EnviroNews World News) — Washington D.C. — Friends of Animals (FoA), the non-profit, international animal advocacy organization, announced on May 19, 2015, that they had filed a legal petition with the Environmental Protection Agency (EPA) compelling the agency to rescind its registration of the sterility-inducing pesticide porcine zona pellucida, or PZP for American wild horses.

FoA argues that use of the pesticide is unusually cruel and leads to unintended health and behavioral consequences for targeted mares and wild horses in general. They also say that EPA’s approval of PZP likely violates the Wild Horse and Burro Act (WHBA) of 1971 — a law that says verbatim, “wild free-roaming horses and burros shall be protected from capture, branding, harassment or death.” In its release FoA highlights how the chemical was registered in 2012, and a license given to the Humane Society of the United States (HSUS) to be utilized for wild horse population control — a move that FoA says wasn’t very humane at all.

FoA also alleges that the primary data submitted to EPA to obtain the permit was compiled by a veterinary who manufactures the drug. “The majority of research submitted by HSUS was published by Dr. Jay Kirkpatrick, a veterinarian who manufactures PZP, and did not consider the biological, social and behavioral effects the drug can have on wild horses,” the release states.

Friends of Animals also filed another legal petition last year with the Department of the Interior (DOI) demanding it list American wild horses under the Endangered Species Act (ESA) — a demand that so far has fallen on deaf ears.

DOI has been sluggish in the past when it comes to listing species in peril. The group of environmental lawyers at WildEarth Guardians is well known for its decade long legal battle with U.S. Fish and Wildlife (USFS), an arm of DOI, for its failure to list approximately 800 imperiled species under ESA. That case came to a head in 2011 with a successful outcome for WildEarth Guardians, and resulted in USFW agreeing to move forward on the listing of hundreds of species.

History would suggest that a legal action may be necessary to get DOI to move on the listing of wild horses, or any particular embattled species for that matter.

FoA files legal petition to cancel registration of wild horse fertility control pesticide PZP
(Washington, D.C.) Friends of Animals (FoA) has filed a legal petition with the U.S. Environmental Protection Agency requesting the agency consider new scientific evidence demonstrating the need to cancel the registration of porcine zona pellucida (PZP) for population control of America’s wild horses and burros, which was issued to the Humane Society of the United States in 2012. Information is now available to the EPA regarding the unintended—and previously undisclosed—side effects on both targeted mares and wild horses in general. It not only shows unreasonable adverse effects, but also indicates the use of PZP on wild horses likely violates the Wild Horse and Burro Act of 1971.

“When the HSUS obtained ESA registration for PZP, the organization never provided evidence that PZP doesn’t have negative side effects…it just provided information about the efficacy of PZP and actually requested waivers for most of the studies ordinarily required from an applicant seeking pesticide registration—including a toxicity study, ecological effects and environmental fate guideline study,” said Michael Harris, director of FoA’s Wildlife Law Program.

“The majority of research submitted by HSUS was published by Dr. Jay Kirkpatrick, a veterinarian who manufactures PZP, and did not consider the biological, social and behavioral effects the drug can have on wild horses.”

Harris said more recent research included in FoA’s petition has demonstrated repeated applications of PZP can cause physical damage to treated mares; it is not completely reversible; it can increase mortality in foals post-PZP effectiveness; and it interferes with herd cohesion, which is critical to the overall health of wild horses. In addition, preventing mares from producing foals can create a genetic bottleneck that may ultimately extinguish the species as a whole. Over a decade ago, experts warned that the majority of wild equid populations managed by the BLM are kept at population sizes that are small enough for the loss of genetic variation to be a real concern.

“Proponents of PZP have coerced the EPA into thinking that wild horses are nuisances and pests that need to be controlled and managed. If the Bureau of Land Management continues its violations against wild horses—roundups and forcibly drugging mares with PZP—we expect wild horses will go extinct on federal public lands,” said Priscilla Feral, president of Friends of Animals. “Anyone supporting those physical assaults is morally bankrupt and undermines the integrity and importance of wild horses. Our definition of wild means no human exploitation and manipulation of free-roaming animals. Hands off means stop rounding them up or forcibly drugging them with the fertility control pesticide PZP and stop keeping them in small herd areas to placate ranchers who graze their cattle and sheep on public lands. It’s time to remove the actual culprits of land degradation from herd management areas—cattle and sheep.”

With the passing of the Wild Horse and Burro Act (WHBA) of 1971, Congress declared that “wild free-roaming horses and burros shall be protected from capture, branding, harassment or death. FoA is adamant that new studies indicate that PZP use is harassing, and even killing, wild horses in ways not considered as part of the initial registration process. While it is true that the WHBA provides for an exception from general mandates to protect wild horses to control their populations, this exception is both narrow (the animal must be deemed “excess”) and can only be applied if the implementing agency first completes certain statutory requirements.

“It may be that with regards to the decision to dose a particular mare, the implementing agencies can comply with the WHBA. However, the other horses in the herd that are not dosed with PZP as well as the unborn foals cannot be legally defined as “excessive” and, thus, the risk of harassment or death to these animals posed by PZP violates the WHBA,” said Harris.

Last summer, FoA filed a legal petition with the Secretary of the Interior to get wild horses listed under the Endangered Species Act. FoA plans to file a lawsuit to force a response if one is not given by the deadline next month.