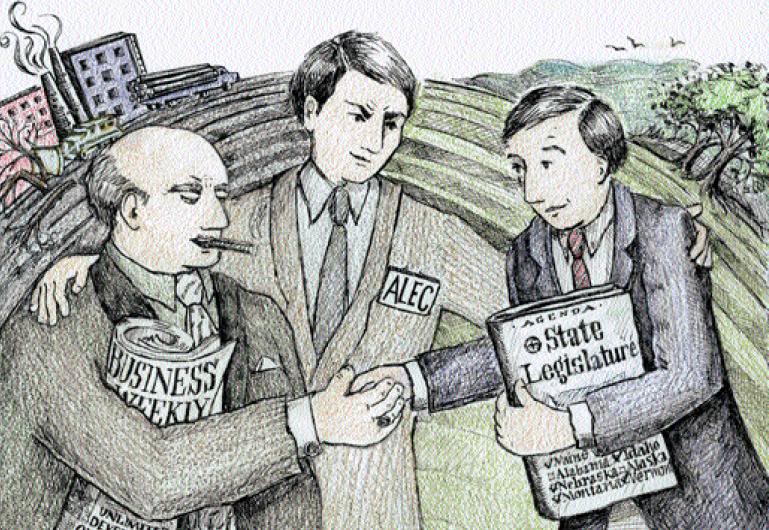 (EnviroNews Wyoming) — Cheyenne, Wyoming — EDITOR’S UPDATE: In a surprising move, It was announced that Governor Matt Mead has vetoed this controversial bill, and lawmakers were unable to gather the necessary votes to overturn the veto. The original story on SF0074 is below:

As the Wyoming legislative session came to a close on March 10, 2018, Senate File 0074 (SF0074), also called the “Critical Infrastructure Bill,” sponsored by State Senator Leland Christensen (R — Teton County), passed the Wyoming House with a vote of 36-23. Called “perhaps the most hotly debated bill in the session” by the Jackson Hole News and Guide (JHNG), the bill levies heavy fines between $1,000 and $100,000 against anyone caught knowingly trespassing on, or impeding access to, “critical infrastructure” sites. The monetary penalties will also be accompanied by up to 10 years in jail.

In the first version of the bill, fines would have been much greater — between $10,000 and $1,000,000. Non-profits, including the Powder River Basin Resource Council, the American Civil Liberties Union (ACLU), the Wyoming Outdoor Council and the AFL-CIO, complained alleging First Amendment violations, which convinced the Legislature to amend the bill. That was one of at least 10 amendments required to get the bill to pass the House.

“This was where the big fight came down to in the House,” Rep. Andy Schwartz (D — Teton) told the JHNG. “All the ranchers were saying, ‘I’ve got critical infrastructure on my property and this bill is so badly written I don’t know what I can and can’t do.’ What if you’ve got a pipeline running through your property and 1,000 head of cattle. What happens if the cows damage something?”

Infrastructure sites protected by the bill include pipelines, power plants, refineries, railroad tracks, water treatment and telecommunication facilities. The bill has now moved on to Governor Matt Mead, who opponents are encouraging to veto the bill.

“We need to tighten up security on these facilities significantly,” Christensen told the JHNG. “As a nationwide provider of electricity, oil, and gas, an attack on these facilities could have national repercussions that would greatly affect Wyoming’s economy.”

Co-sponsor, State Senator Ogden Driskill (R — Devils Tower), told the Casper Star Tribune he couldn’t remember any attacks on “critical infrastructure,” but he believes that Wyoming is vulnerable, citing current trespassing laws with fines between $250 and $700, as being too weak to deter acts of sabotage.

Opponents of the bill see SF0074 as a way to keep people from protesting and as a reaction to North Dakota’s Standing Rock demonstration over the Dakota Access Pipeline (DAPL). Its provision targeting organizations that support protests could make NGOs less likely to send supplies to protestors.

According to Wyofile, Christensen said business interests and national law enforcement groups proposed the bill. However, Wyofile points out “Its language mirrors model legislation written by the American Legislative Exchange Council (ALEC).” One of ALEC’s bills has the same structure and wording as much of SF0074, including the title “Critical Infrastructure Protection Act.” According to Counterpunch, “two of the bill sponsors of SF0074, Republican [State] Senators Eli Bebout and Nathan Winters, are ALEC members.”

“What’s raising red flags for us is that it goes beyond to try and chill free speech or rope organizations into being vulnerable to some kind of unjust accusation we would have to defend against,” Jill Morrison, an organizer with the Powder River Basin Resource Council told the Casper Star Tribune.

In an email, Sierra Club Wyoming Chapter Director Connie Wilbert wrote, the bill is “explicitly designed to crush public opposition to projects like the Dakota Access and Keystone pipelines, by preventing the kind of protests that occurred at Standing Rock.”

The bill was sent out of committee after an unusual deadline extension, which many in the legislature didn’t even know was possible and thought made “a mockery of the democratic system” according to the JHNG. SF0074 first passed the Wyoming Senate with a 25-5 vote before it went to the House.