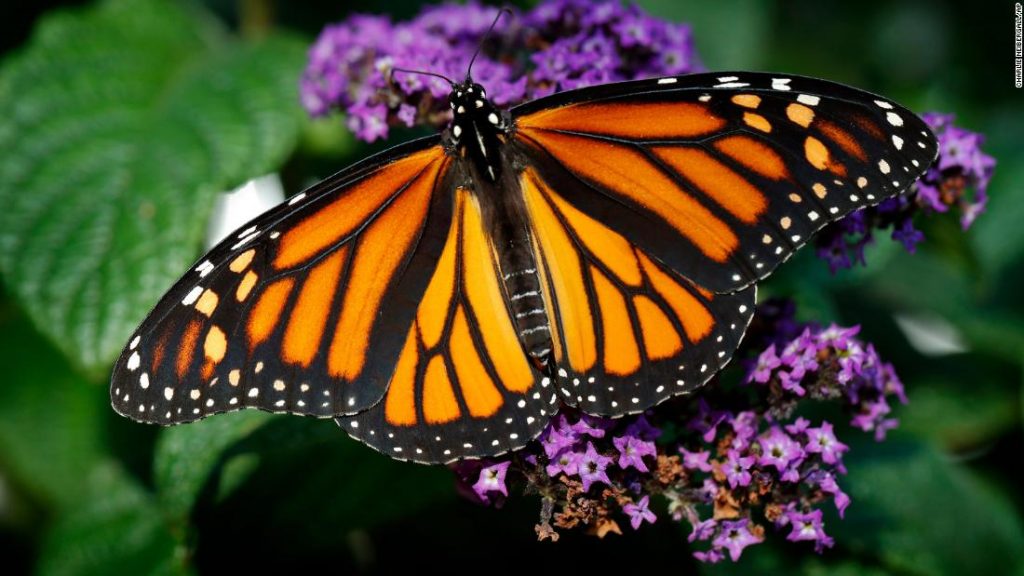 (EnviroNews Nature) — Santa Cruz, California — There are two populations of monarch butterflies (Danaus plexippus) in the continental U.S. The eastern monarch resides east of the Rockies and overwinters in Mexico. The western monarch butterfly makes its home west of the Rockies and overwinters in California. Now, environmental groups say the western monarch population is facing a dire situation and could blink into extinction without significant action. Once numbering over one million, there were only 1,914, monarchs across 246 sites according to a recent count conducted by volunteers during a three-week period around Thanksgiving. They counted the butterflies at their overwintering grounds on the California coast; it was the lowest number ever recorded, according to the Center for Biological Diversity (the Center). That number is down from 30,000 in 2019.

While the U.S. Fish and Wildlife Service (USFWS) recognized the need to protect the butterfly under the Endangered Species Act (ESA) during the Trump Administration, it failed to do so because there were “higher” priorities. Now, members of Congress are making an effort to protect these beautiful pollinators from total extinction.

“Monarch lovers were once able to see millions of butterflies in their overwintering habitat, but now America’s most iconic pollinator is almost gone in the West,” said Stephanie Kurose, a senior policy specialist at the Center for Biological Diversity, in a press release. “The MONARCH Act gives these beautiful orange-and-black butterflies a fighting chance at survival.”

The MONARCH Act wasn’t the only bill to be brought to Congress on March 17 to protect the butterflies though. The same group of politicians introduced the Monarch and Pollinator Highway Act (MPHA), which would allocate $5 million in grants over the course of the next six years to state transportation and Native American tribes to carry out pollinator friendly policies on roadsides and highways.

“These bills will provide a lifeline for monarch butterflies whose populations have declined dramatically due to pesticide use, climate change, and habitat loss,” said Dr. Sylvia Fallon, Senior Director of Wildlife at the Natural Resources Defense Council (NRDC), in a press release. “We need comprehensive conservation plans that help restore the milkweed and overwintering habitat monarchs depend on, or risk losing them forever in as little as two decades.”

Those who support the MONARCH Act say that it is “bipartisan” and “bicameral.” Both acts were introduced in the previous Congressional session, where they stalled and died when the session ended.

“Western monarchs are running out of time and can no longer afford policy half-measures,” Kurose continued. “Congress must immediately pass the MONARCH Act so that future generations can experience the magic and grace of these remarkable butterflies.”

As reported in EnviroNews’ second round-up of the Trump’s Administration’s end-of-term giveaway to oil, gas, ranching, and other industries, the USFWS deemed monarchs warranted protection under the Endangered Species Act (ESA). However, granting it endangered status was precluded because there were 161 other species of “higher priority.” Former USFWS Director Aurelia Skipwith said this in a press release before Biden took office:

We conducted an intensive, thorough review using a rigorous, transparent science-based process and found that the monarch meets listing criteria under the Endangered Species Act. However, before we can propose listing, we must focus resources on our higher-priority listing actions. While this work goes on, we are committed to our ongoing efforts with partners to conserve the monarch and its habitat at the local, regional and national levels. Our conservation goal is to improve monarch populations, and we encourage everyone to join the effort.

In February, 57 members of Congress sent a letter to Principal Deputy Director Martha Williams exhorting her to reconsider the agency’s opinion and to dedicate resources to save the pollinating species and its habitat. Climate change and the loss of milkweed and habitat are among the primary threats the butterflies face.

While the western monarch population has faced a decrease of more than 99 percent since the 1980s, the eastern butterflies have fared only marginally better with an 80 percent decrease over the same time period, according to National Geographic. Monarch butterflies can also be found in Hawaii, New Zealand, South America, and other areas of the world.